Y&R Day Ahead Recap: Victor tracks down Chloe and Kevin

Tuesday July 18, 2017: Jack and Nikki kiss, Lily’s kids try to deal with what Cane did, and Victoria loses her balance. 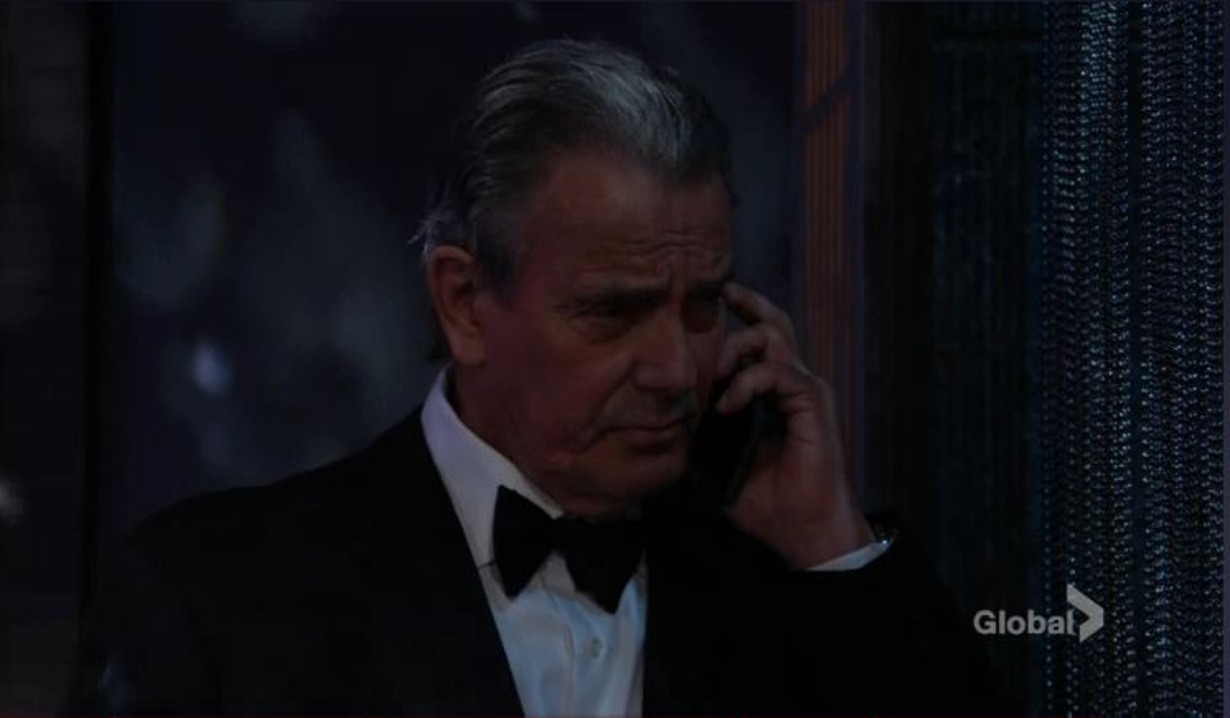 In the ballroom, Victor talks to Dr. Harris on the phone. The doctor tells him about Kevin running off with Chloe. Victor orders him to find them. After Harris calls Chloe ‘Maggie’ a few times, Victor realizes something is seriously off and asks the doctor never to contact him again. Jack and Nikki kiss in the Abbott cabin. She pulls away and apologizes many times. He reminds her they were married once. They discuss what happened at the benefit. He defends Nick and tells her she was inspiring but Victor mistreated her. She says it wasn’t his fault and she doesn’t regret anything. He makes her chamomile tea and she explains that Victor had her best interests at heart because he’s desperate to be forgiven. She thought that going to prison might have taught him something, but it didn’t. Nikki blames herself for Victor getting away with all his nonsense. Jack agrees but wonders if she’s speaking in the heat of the moment. He starts talking about what a mess his life is and worries about his mom. Nikki and Jack cuddle under a blanket.

More: Spoilers for all the soaps Kevin and Chloe pack at their motel. He thinks they’ll have a ‘happy ever after’. She thinks he’s jinxed them and worries about Victor. Before they can leave, there’s a knock at the door. It’s Victor. She hides in the bathroom while Kevin lets the mustache in. He tracked him by credit card use. Kevin says he’s leaving town for a fresh start. Unconvinced, Victor calls Chloe to come out. When she does, Kevin asks him to let them go but he can’t take the chance. Kevin assures him that no one will find them in Oregon and they’ll keep his secrets. He lets them pack their stuff and go, promising not to come after them if they disappear. Reed and Victoria return home and find that Billy has Phyllis there. He tells them what a great time they had with the kids. Victoria is cool about all that but has a headache. Reed goes off to Crimson Lights and Phyllis goes out to the car. Victoria assures Billy again that she’s okay with Phyllis meeting the kids and sends him away. Soon after, Nick shows up and tells her that their mom has taken off. She’s not impressed that he tried to shut down the benefit. They bicker about their mom’s best interests. When she gets upset, she nearly falls over. She claims it’s just stress. Lily’s kids get home and she tells them that their father is human and makes mistakes. Mattie worries they might have to love the baby. Charlie complains that Cane doesn’t follow his own rules. Lily puts most of the blame on Juliet and begs them to try forgiving their father.

Reed joins Mattie at Crimson Lights and she vents about her family problems and he tells her about his. They complain about what hypocrites adults are. She always expected to have a fairy tale life, but it turns out she won’t.

Cane has a drink at the Club when Juliet sits down. He gets her to apologize and explains his children despise him. She repeats that she doesn’t expect anything from him. He accuses her of pressuring him. They bicker about work and what a screw-up Billy is. Billy and Phyllis enter. She wants to leave but he won’t. A moment later, they are bickering with Cane and Juliet. She takes off and the men keeping arguing. Cane thinks Billy needs to own up to his mistakes. Billy and Phyllis sit down and he complains about his co-workers and defends Victoria.

Cane goes home. They talk about how the kids are handling things. He wonders if she still wants to be married to him.

“I need an honest answer from you. How do you actually feel about me?” Mariah asks Devon.

“This is more personal than professional. Ashely, this is about your mother,” Ravi tells Ashley.

“I’m sorry,” Jack apologizes. “You should be. How dare you treat me like this!” Dina says.