Y&R Day Ahead Recap: Nikki performs at the benefit

Friday July 14, 2017: Victor realizes what Nick did, Cane and Lily tell their kids they’ll have a new sibling, and Nikki is congratulated at the party. 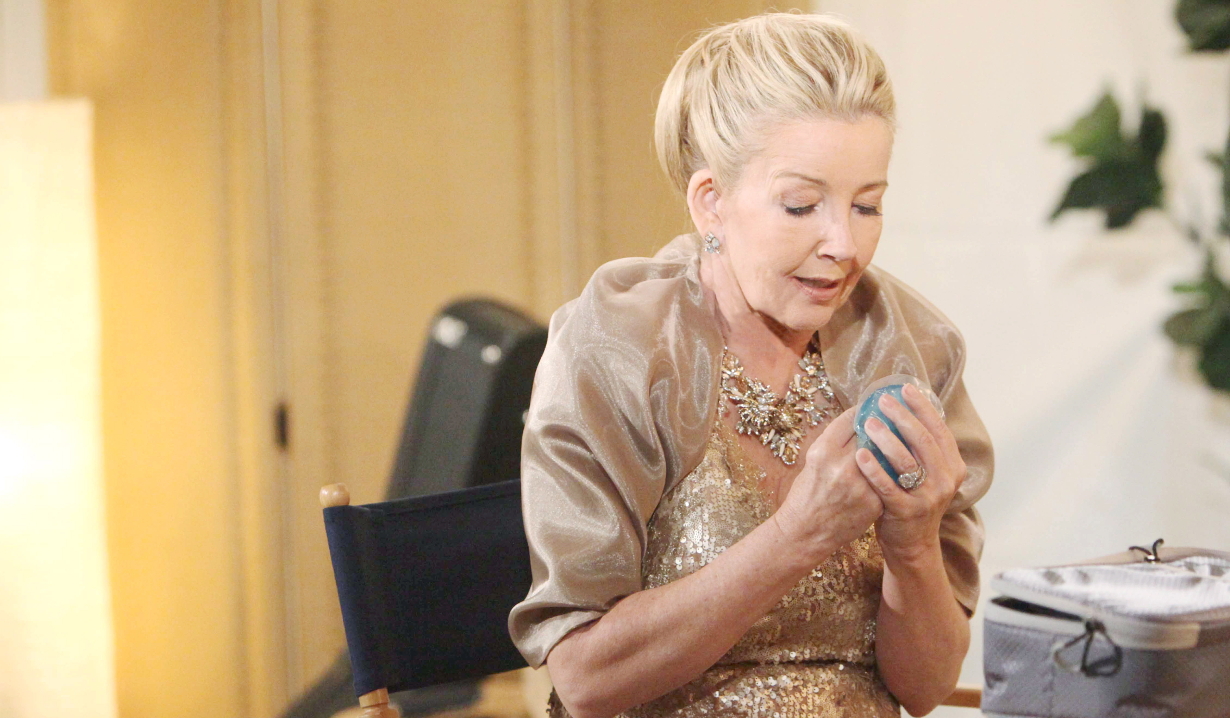 Tessa performs for the audience at the venue. Everyone claps. Backstage, Victor assures Nikki that she’ll be wonderful. As soon as he walks away, a shot of pain runs up her arm. Meanwhile, Victor approaches the lab tech, who explains that someone spilled a drink on the old soundboard and fried it. Abby rushes over and hands him the microphone. He heads up on stage and stares down at Nick in the audience. He makes a speech about his wife. Back in the dressing room, Tessa finds Nikki having a painful flare up. Nikki refuses to call the performance off. The audience is heard clapping but it’s a while before she makes it onto the stage. When she sits down at the piano, she freezes up. During the uncomfortable silence, Tessa almost goes out to her but Victor stops her. Nikki plays without a flaw. The crowd leaps to their feet for a standing ovation. Nikki exits quickly and Victor smirks at Nick. Jack’s feeling moved and heads backstage. In the dressing room, Victor is startled to see Nikki collapsing in pain. He would have cancelled if he knew she was in agony. She thinks he wants her to depend on him. Jack appears to check up on her, much to Victor’s chagrin. Nikki offers to see him later. After he’s gone, she tells Victor that she’s grateful that he made her prove herself. Nick joins them and Victor quickly leaves. Nikki tells her son that she struggled but it’s over and she wants to celebrate. She stood up to MS tonight. He’s proud of her. Elsewhere, Scott and Sharon find Abby and give her kudos on the event. They leave and Victoria gives her kudos next. They head off to congratulate Nikki.

Cane is at Crimson Lights, talking to Lily on the phone. They confirm that they are going to tell the kids everything. Charlie arrives. After they sit down, Cane explains how complicated things are. He made a mistake that won’t go away. He got Juliet pregnant. Charlie walks away.

Mattie arrives at home, eager to get to her homework. Her mom stops her. Lily explains that people make mistakes and Cane got another woman pregnant. She apologizes profusely. Charlie arrives with Cane trailing after him. They all sit down and Cane tells the kids that he has to take responsibility for the baby and fix the damage that he’s done to their family. He asks them to have faith in that. Charlie is not convinced and storms out. Mattie soon follows.

More: How sexuality has changed in soaps over time

At the party, Hilary drags Howard around the room filming people. Devon, Neil and Mariah watch them until claps break out as Nikki and Victor arrive. They call the family together to pose for photographers. Victor keeps staring at his son. After, Abby and Nick discuss the event and she explains how Noah saved the day. Across the room, Mariah and Noah tell Tessa how great she was. He goes off to mingle and the ladies discuss their love lives. Mariah seems uncomfortable about how Devon and Hilary are acting around each other. Tessa isn’t pleased to see that Zach is there. Back across the room, Dina teases Ashley and Ravi until Zach and Abby join them. Nikki joins them and they give her accolades. Jack chimes in and tempts Nikki away with hors d’oeuvres. She feels like a weight has been lifted. He blames Victor but she won’t hear it. Meanwhile, Nick makes it clear to Noah that he’s not happy he helped out. Over at the bar, Zach meets Victoria. Abby quickly intervenes and her half-sister swans off. Victor gets on the microphone and announces that the fundraising has exceeded expectations. He spots Nick exiting.

Nick heads down to the Newman garage. Before he can get in his car, Victor stops him. “You and I aren’t finished yet,” Victor growls.

“You two remember my friend Phyllis. She’s very special to me,” Billy tells his kids.

“I’m sick of you treating me like I am six years old!” blurts Abby. “Then stop acting like one!” Victoria shoots back.

“Mom dared to tell the great Victor Newman what she thought of him. You are arrogant and heartless!” Nick lectures his father while Howard and Hilary record them and drop their jaws.

Y&R Day Ahead Recap: Abby gets some...