Y&R Day Ahead Recap: Abby gets some help saving the concert from disaster

Thursday July 13, 2017: Nick hopes the concert will be cancelled, Jack escorts Dina to the event, and Noah gets an idea on how to save the day. 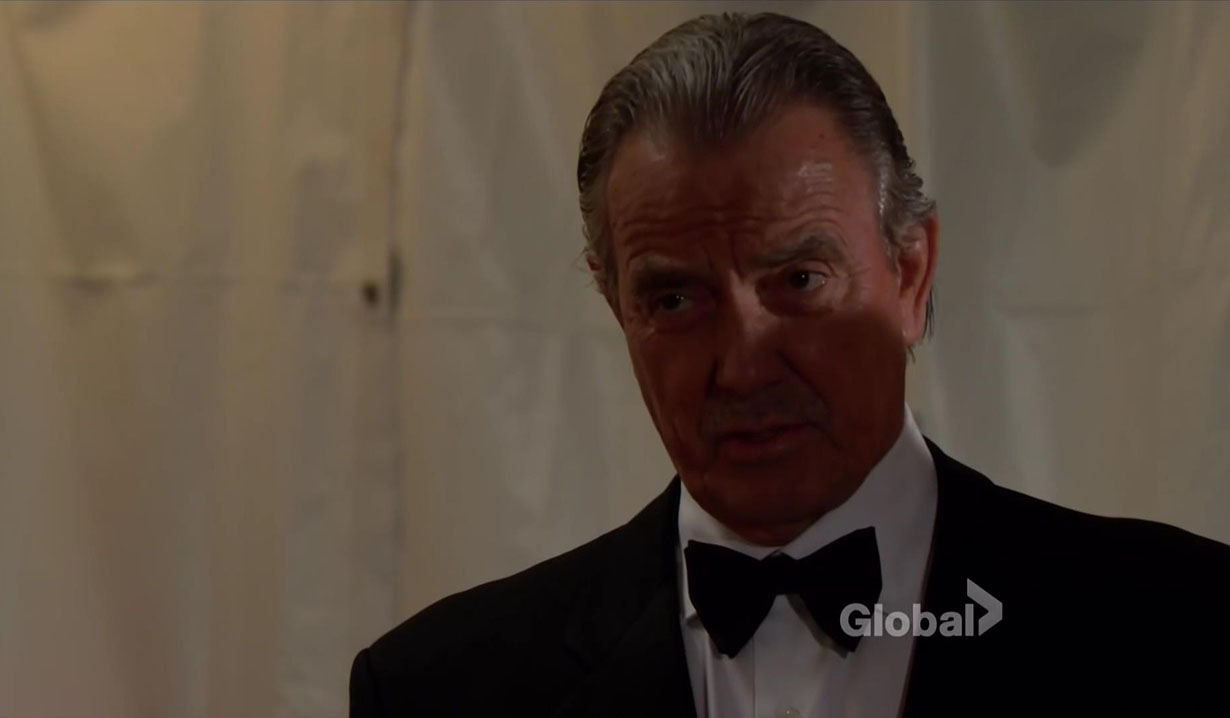 More: How sexuality has changed in soaps

Backstage at the venue, Nikki doesn’t know how to react to the show being cancelled. Nick assures her that once the audience has some drinks, they’ll forget about the music. Victor pops up and says that the show will go on. He promised Nikki and he’ll be damned if he doesn’t keep his promise. Nick thinks this is a mistake. His dad takes off. Meanwhile, Tessa pops up and asks Abby if she can check her equipment. Abby pulls a face and then tells her what’s wrong. Victor shows up as Mr. Pittman threatens to leave. “How much would it cost me if you stayed?” Victor asks. This doesn’t impress Pittman but he agrees to wait 30 minutes. The mustache lectures Abby and orders her to get a new crew. Out on the red carpet, Hilary is nervous as she waits with Howard the cameraman for things to start. Reed is the first to appear but chokes up when speaking so Victoria swans in to cover and escort him off. Ashley and Ravi arrive next and do substantially better. Hilary spots Nick and runs over to him. He has nothing to say but Chelsea talks about Nikki’s gown. Mariah arrives and bickers with Hilary about covering the event without her. Neil and Devon join them and Neil makes a speech about Nikki. Meanwhile, Victoria finds her father wandering the venue. He’s determined that the concert will go on. Ravi and Ashley appear and he goes off to get champagne. Backstage, Abby snaps at Noah about the event being a disaster. He offers to look at the soundboard. Ashley finds her daughter moping. Abby encourages her to have a good time. After Ash leaves, Noah returns to say the soundboard is fried but he has an idea and runs off. Back down the carpet, Victor bumps into Sharon and Scott, surprised to see them together. He sends Scott backstage to help Abby and then gossips with Victoria about who Scott is dating. She makes it clear that she’s not interested.

In her room, Graham tells Dina that he’s sure she’ll have a lovely evening with her son. She’s worried about seeing all those faces from her past. She goes to freshen up as Jack arrives. The men snipe at each other. Tessa finds Nikki in her dressing room and suggests that maybe the universe is cutting her a break and she won’t have to play through the pain. Nikki ices her joints. Abby pops in and spots this but Nikki covers. They talk about the problems with the event. When Abby walks off, she runs into Scott and they begin bickering. He wants to help and tells her how impressed he is. She sends him off. Noah returns with a plan on how they can fix things. The new crew arrives and they start setting things up. Mr. Pittman says that he will sign off if it’s up to code. Back in Nikki’s dressing room, a woman with MS joins her and gives her an MS pin. She tells her how inspiring she is. They hold hands. After the woman leaves, Tessa returns and Nikki tells her how surprised she is to be an inspiration. Jack and Dina arrive on the red carpet and chat with Hilary. They make their way into the venue and bump into Victor. The men make some jabs at each other and then Jack escorts his mom over to Ashley and Ravi. Dina sends the men off and compliments Ashley on her ‘young man’. Ashley asks her not to ‘go there’. Across the space, Nick and his father argue about the event. Nick wishes he would let this go and stop pressuring Nikki. This disappoints Victor. He walks off. Chelsea gets a call from the babysitter and needs to go. Meanwhile, Hilary corners Victor on the red carpet. He’s about to make an announcement regarding the performance when he gets a text from Abby and walks off. When he gets backstage, Abby tells him that things have been fixed. She wishes Nick had offered his help since he had a soundboard all along. Victor’s impressed by how cool she was. He heads to Nikki’s dressing room and tells her things are ready. She holds her MS pin and says she will be ready. Victor tells Nikki to show the town what she’s made of. He loves her. They kiss. Tessa goes up on stage, where Nick is about to make an announcement. The lights come on and so does the microphone. Nick introduces Tessa and she performs. Nick nervously looks around.

“There’s something that you guys need to know,” Cane tells his children. “Whatever it is, just tell me,” Mattie demands.