Y&R Day Ahead Recap: Juliet gets the paternity test results

Tuesday July 11, 2017: Nikki’s family are conflicted about her performance, Jill learns about Cane’s mistake, and Victor has a request for Hilary. 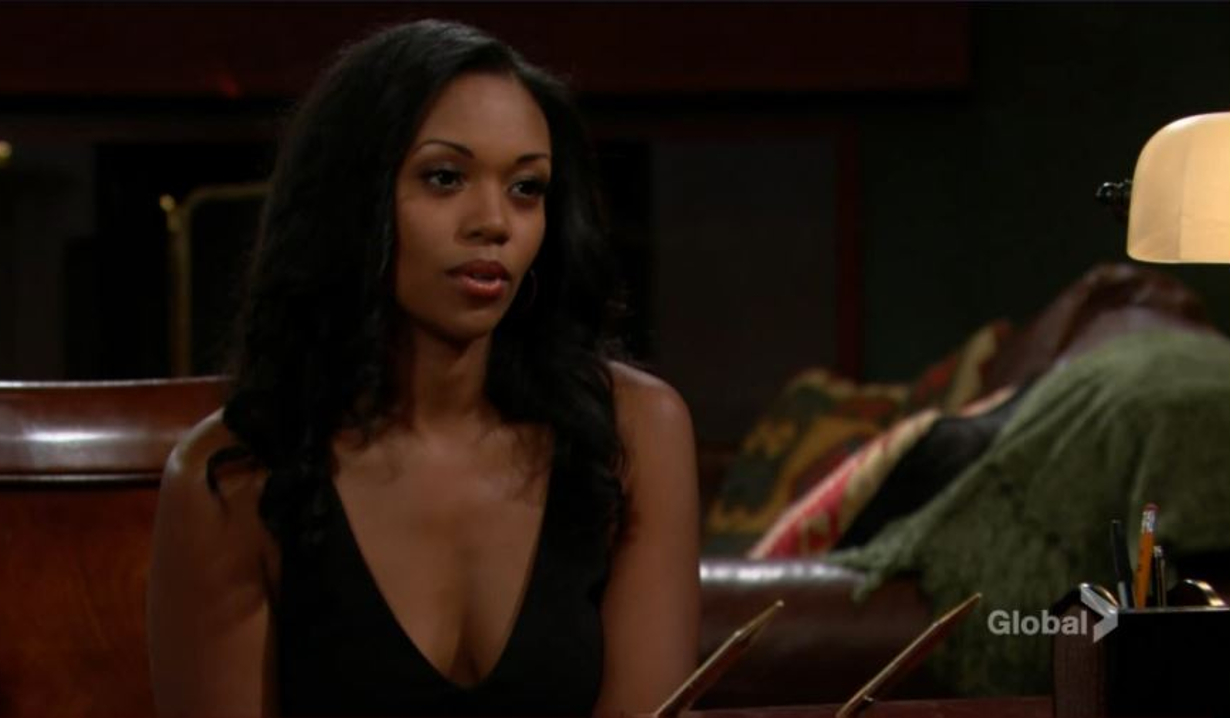 Hilary arrives in Victor’s office at Newman at his behest. He wants her to cover Nikki’s performance. She would love to help support the cause but wants some freedom to handle the piece. He offers her complete access. They discuss the upset at Brash & Sassy.

Chelsea is at Nick’s. He worries about his mom’s health. Chelsea’s impressed by how much he cares and leaves with Nikki’s dress.

At Brash & Sassy, Billy complains to Victoria about Cane. She says the company’s problems are not all his fault. He gets a text from his mom and Victoria asks him to keep their sales figures a secret from Jill. As he leaves, he bumps into a smirking Victor. Victoria assures Billy he can go. After he does, Victor tells his daughter that the separation that Nikki has insisted on has gone on too long. They discuss what happened with Cane. He’s impressed that she shut it down. Things are tense but she thanks him for stopping by.

Jack visits Nikki at her place to see how she’s doing. She plays some piano to show him what good shape she’s in. He’s still worried. She changes the subject to his mom and he complains about Graham getting all her money. Jack tells her how beautiful she’s looking and then exits. Once he’s gone, she takes a deep breath and then applies cream to her hands. Later, Chelsea drops by with the dress and to ask after her health. Nikki downplays her concerns. Soon after Chelsea leaves, Victor arrives and his wife tells him that it might not be ‘pure happiness’ on stage. He assures her that she will be great and explains he’ll never give up on family.

Lily returns home. Cane is working on his computer and the kids are out. He told them that he got fired and why. Lily says that her job is still secure. He assures her that he will find work and hopes this won’t affect them. She thinks that getting Juliet pregnant might get in the way of that. When he gets a text, he offers to let her search his phone. She already did. Cane loves their life and is sure they can get through this. His wife tells him to go to his meeting. Later, Jordan comes by and Lily vents to him. Keeping her job hasn’t made her feel any better.

In her room, Hilary makes calls to get things ready to cover Nikki’s event. Juliet shows up, desperate for company. Hilary wonders why she’s so nervous if she’s sure Cane is the father. She doesn’t want to deal with any ‘baby-mama drama’ and shows her the door. The clinic calls Juliet with the results. She sits and sighs.

At the venue, Abby gets assurances from the tech that Nikki will sound good. Nick arrives as Abby fusses over the details. He offers to help. Victoria drops by and chats with Abby, who snarks at her for not helping sooner. Mr. Pipman, the safety inspector, shows up. Abby starts showing him around while Victoria chats with her brother. She thinks they need to present a united front for their mother but he’s not impressed with his father. Victoria assures him that she’s siding with their mother but need to keep up the front.

At the Chancellor estate. Jill chats with Colin over the phone. Their banter makes Esther wish she was wearing ear plugs. When Jill gets off the phone, they talk about Chloe. Esther can still feel her everywhere and would be lost without that. Jill gives her a number for a therapist and a hug. Esther goes off to finish packing and Billy shows up. Jill promises not to nag him about Phyllis anymore. She’s sure it will end on its own. When her son tells her that Cane has been fired, she’s shocked. He gives her the details and she wonders if she should go on vacation. Her son assures her that he will keep her informed. “Don’t do anything idiotic while I’m gone,” she says. He takes off. Cane arrives next. They discuss what he did. His mom is sure Lily won’t throw everything away. He tells her about the paternity possibility. Jill thinks his family might be doomed but urges him to claw it back.

Jack drops by Brash & Sassy looking for Victoria and bickers with Billy, who tells him about the latest scandal. Jack offers to take Brash & Sassy off Victoria’s hand if running it is too much of a burden.

“I got the test results,” Juliet announces to a nervous looking Lily and Cane.

“Ready for the concert?” Victoria asks her mother. “I’m as ready as I’ll ever be,” Nikki says.

“The only thing you need to know is this concert is not going to happen,” Nick tells Chelsea.