Friday June 30, 2017: The Ashby twins question their parents, Gloria gets exciting news about Graham, and Dina tells her children to live with her decision. 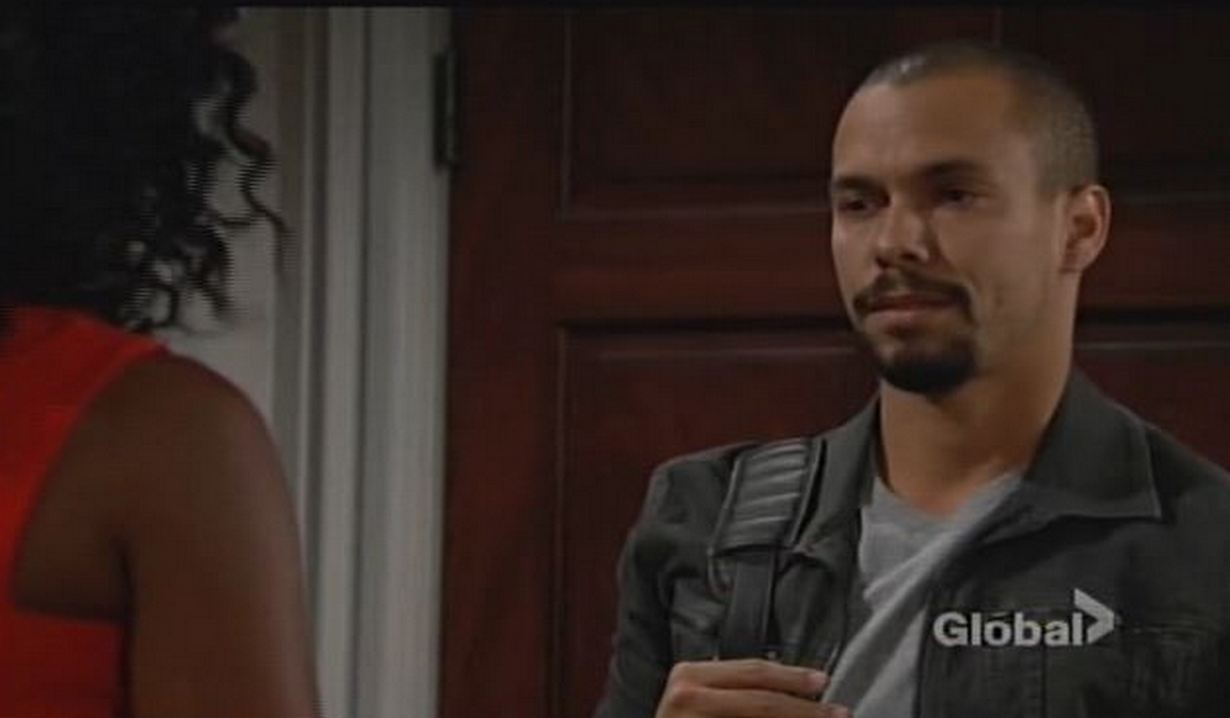 At Brash & Sassy, Michael is upset about having to settle the case. Victoria fills him in on the latest reveals involving Cane. Michael nods. “Wow. His poor family.” They talk numbers, and Vikki wants Juliet to sign a non-disclosure agreement. Michael compliments her calm, but she’s raging inside.

Reed spots Mattie at Crimson Lights and learns she volunteered for summer school and is too busy to waste time at the movies. Reed wheedles that it’s summer vacation and teases her about needing to lighten up. Mattie agrees to a movie as Charlie appears. Reed and Charlie trade insults until Reed decides to leave.

Cane arrives at home and informs Lily that Victoria is settling the case. He asks if he still has a marriage. Lily is unimpressed as he cajoles that he never meant to cheat on her. She acknowledges that she cheated before, but what he did was worse – letting her stand up for him and then find out the truth in public. Cane wants to know how he can make amends. Lily reminds him it affects the twins. They’re arguing when Mattie and Charlie arrive. Lily and Cane explain the lawsuit is being settled, and Mattie wonders why they’re not happier. They reassure the teens, but Mattie isn’t entirely sold. After, Cane worries how to tell them he messed up.

At Jabot, Jack snarks that Graham must be good at what he does if Dina’s leaving him the bulk of her estate. Graham elects to step out. Dina informs Jack and Ashley that her will represents her final wishes and they’d best respect them. Ashley feels her mother is making inappropriate choices, but Dina insists Graham has given up a lot to be with her. Jack scoffs. Dina notes that Graham will be by her side until she no longer needs him, or anyone. Ash points out she’s giving him reason to hope her life is a short one. Jack assures her they don’t want her money for themselves, and Ash suggests she’s being taken advantage of. Dina snaps at them to live with it. In the corridor, Graham tells Gloria he’d rather be out there than inside the office. She agrees. Soon, they’re in close proximity as he helps with her computer and she admires his cologne. Dina appears and Graham turns professional and follows her out. Gloria hears Ash tell Jack they have to live with their mother’s decision. After, Jack queries Glo about her feelings for Graham, and reveals he’s in line for Dina’s fortune. Glo returns to her desk and smiles as the wheels turn.

More: You live in a soap opera when…

Victor leaves Nikki a voicemail at the Club as Tessa appears. He grills her on Nikki’s disappearance, but she knows nothing. Vic asks Tessa to open the concert to alleviate some pressure on Nikki, and urges her to let him know if she hears from his wife. At the bar, Devon overhears Hilary and Juliet discussing the pregnancy. When Juliet takes a call, Devon and Hilary go to her suite to talk. Upstairs, Devon frets about Lily. Hil doubts Juliet would lie when paternity is easy to prove. Devon goes on about the damage Cane’s done, and asks Hilary to keep it off the air, if she cares about him at all. Hil confirms she’s always cared, that won’t stop. Devon exits, but stands looking at the door. Later, Vic spots Ashley drinking and she updates him on Dina’s will. They’re equally mystified about Dina being hoodwinked so easily. Talk turns to Vic’s run-in with Jack. He pretends Nikki’s excited about the concert, but Ash looks skeptical. Upstairs, Hilary watches the recording of Juliet and Cane. Juliet arrives and says Victoria settled – her money troubles are over. She thanks Hil with an embrace.

Tessa arrives at Mariah’s place and relays the details of her meeting with Victor. She worries he’s tricking her, and the redhead reveals she has a past with him. They watch a movie. Later, Devon arrives. Once alone, Devon tells Mariah the bad news from Hilary. She doesn’t believe Hil will sit on this, but Devon counters that he believes her. Mariah seems off as they hug.

Reed drops by Brash & Sassy as Michael leaves. Victoria brushes off Reed’s concern that something’s wrong. He asks for cash for a date, and Vikki ends up talking to him about the lawsuit, without naming names.

Hilary says to Jordan, “After the way you’ve been treating me lately, you might want to think twice before getting too close.”

Paul tells Scott that Kevin’s been gone a little too long and he can’t help thinking that something’s just not right.

Kevin tells Chloe, “We have to get the hell out of here. Now.”