Y&R Day Ahead Recap: Lily reacts as Cane admits to sex with Juliet

Thursday June 29, 2017: Dina and Jill come face-to-face, Ashley and Jack learn the contents of their mother’s will, and Victoria makes a decision. 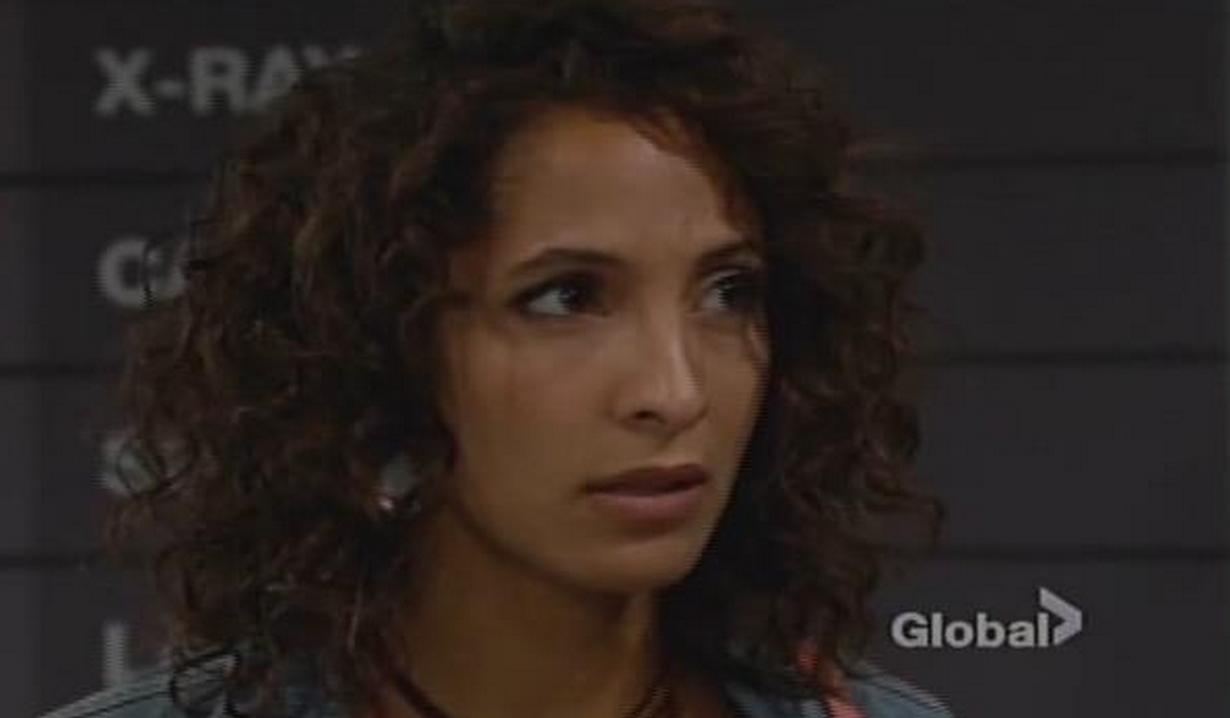 At Brash & Sassy, Victoria deals with an order that was overlooked in the recent chaos.

In the hospital waiting area, Lily digests the news that Juliet is pregnant. The brunette confirms the dates coincide with the time she and Cane had sex in Tokyo. She thanks Lily for her kindness and leaves. Lily turns to Cane and gasps that he lied to her – she needs to hear the truth. Cane admits they had sex. Lily exits, hyperventilating.

At the Club, Dina assures Graham she hasn’t changed her mind about telling Jack and Ashley what she’s done – she hopes it will put an end to their suspicions about him. Devon appears and Dina asks about finding a place for Graham at the company. Devon hasn’t yet. After, Dina remarks on Katherine sending people her way when she needed help. Suddenly, Jill joins Devon at the bar. Dina chuckles about Katherine’s sense of humor. Across the room, Jill tells Devon how happy she is for him and Neil, before asking his take on the lawsuit against Cane. Devon doesn’t think he sexually harassed Juliet, but adds, “It’s hard to believe he didn’t sleep with her.” Dina appears just as Devon reveals he purchased Mergeron Enterprises. Jill wonders if Dina flew in on her broom, and they debate about who was John Abbott’s true love. Devon steps away and the ladies keep slinging insults. Jill notes Jack didn’t mention his mother, but Dina counters they had a wonderful family dinner. Graham joins them, and Jill flirts. He remarks on John Abbott’s great taste in wives. Dina and Jill have one last exchange about fangs and claws. By the stairs, Juliet reveals to Hilary that she’s pregnant by Cane. Hil reflects that at least Lily knows Cane cheated on her now. Juliet doesn’t feel good about Hilary suggesting she ‘won’ and heads upstairs. Devon approaches Hilary, who tells him she believes Cane wouldn’t hurt Lily. Devon says she sounds like the woman he fell in love with, and Hil points out whatever happens, it’s not her hurting Lily. After, Juliet returns and Hil pledges her support. Juliet thanks her and frets about her predicament. Devon listens as Hilary tells Juliet the pregnancy helps her case.

More: Which soaps will air on the Fourth of July

Jack dishes about the Brash & Sassy lawsuit with Ashley at Jabot. She assumes the culprit is Billy, and feels bad when she hears it’s Cane. Jack reveals he’s thinking of hiring Juliet and Ash wonders if he’s insane. Her brother admits he’s more worried about what deal their mother’s made with Graham. They rehash whether they have a right to judge. Jack concedes that maybe he should let it go. Just then, Dina and Graham arrive. They reveal they connected when Graham became an employee and it turned personal. Dina informs them she signed a new will and left the bulk of her estate to Graham.

Billy and Phyllis have passionate sex in various locations all over their apartment. After, they recover on the floor, laughing and eating whipped cream from the can. Phyllis phones in a takeout order and they make love again. Later, when the doorbell rings, it’s not food, it’s Jill, who starts in about whether Phyllis is really the one Billy wants to be with. Billy chastises his mother. He reminds her that he doesn’t like Colin, but accepts he makes Jill happy – Phyllis makes him happy. Once alone, Phyllis says he’s sexy when he stands up to his mother.

At home, Lily cries to Neil about Cane having sex with Juliet. They go over the situation, and Lily marvels that Cane denied the truth to all of them. She fakes being fine on a call with Mattie, and then worries about telling the kids. Lily frets she’ll never trust Cane again. Cane shows up at Brash & Sassy and closes Victoria’s office door as she goes on about work. Cane says what he has to tell her may change her mind about settling. Vikki won’t pay the vindictive, lying bitch one dime. Cane blurts, “I had sex with Juliet, and um, she’s pregnant.” Victoria rants that he played her for a fool! She asks about Lily before informing him Leslie will rip him apart on the stand. “You’ve left me no choice.” She calls Michael to say they must settle.

Graham says to Gloria, “I’d rather be out here than in there with them.” Gloria chuckles. “Me too.”

Dina tells Jack and Ashley the will represents her last wishes and they’d better respect them.

Mattie and Charlie learn from Lily and Cane that the lawsuit is over, and Mattie wonders why they’re not happier.