Y&R Day Ahead Recap: Cane is hit with another bombshell from Juliet 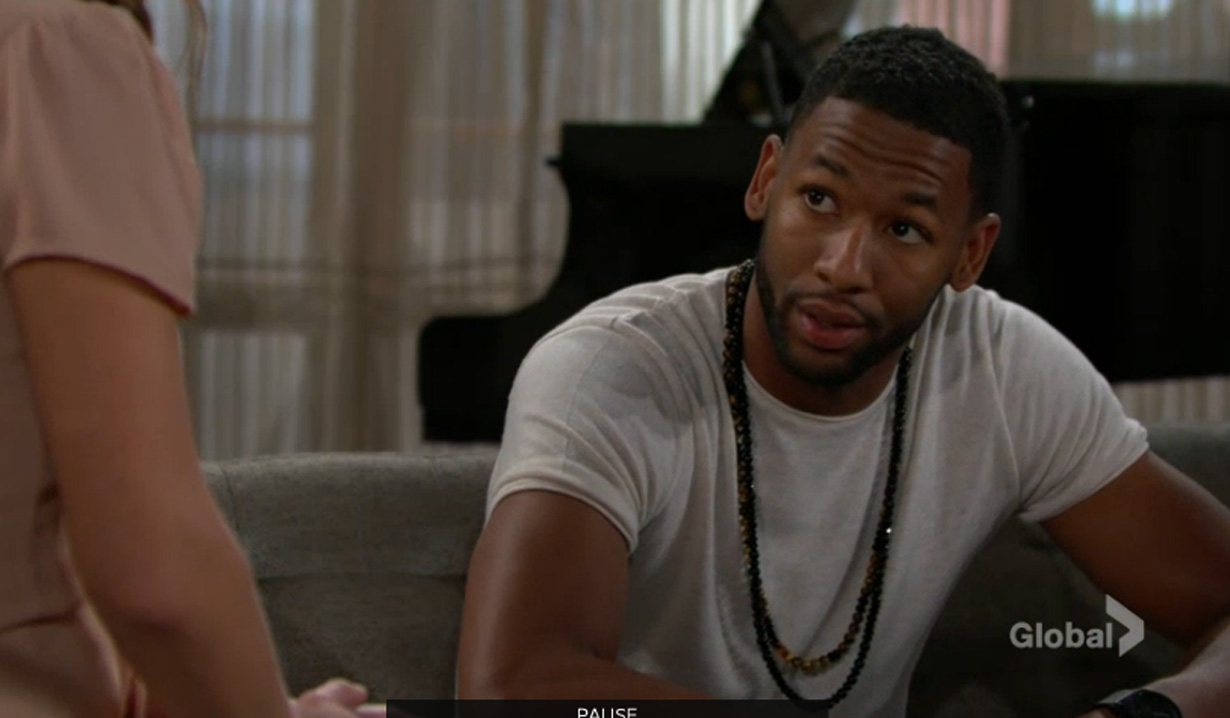 At Brash & Sassy, Billy suggests to Victoria that they sue Cane if they lose the lawsuit. Cane retorts and Vikki referees. Cane leaves as Phyllis arrives. Billy joins his girlfriend, and she updates him on her run-in with Jill. Phyllis suggests a getaway, but Billy explains it would be irresponsible under the circumstances. Phyllis understands. Billy rejoins Vikki. He’s upset she’s still insisting on going to trial. They bicker.

At the hospital, Lily paces as Jordan reflects that she’s a good person for wanting Juliet to be okay. Lily realizes the only person who would know about her family is Cane.

Cane arrives at home, and takes a call from Lily, who fills him in on Juliet’s hospitalization.

More: How to tell when you’re in a soap opera

Jack and Jill chat about her travels at the Club, and she reveals she’ll be off again once she gets the all-clear from her cardiologist. Talk turns to Phyllis and Jack calls Jill out for hoping he would have reconciled with her so Billy wouldn’t be with her. He suggests she let go of her fantasy regarding Billy and Victoria. Jill muses about them being under siege due to the sexual harassment suit. Jack’s interest seems piqued. Once alone, he unsuccessfully tries to find information about the lawsuit online.

Cane joins Lily and Jordan at the hospital and gets the details on Juliet’s collapse. Jordan leaves. Jill arrives to see her doctor and starts in on Cane for his bad judgment, but Lily defends him. Jill gets up to speed on Juliet fainting and absolves Lily of guilt, but she isn’t done with Cane. Lily argues his point-of-view again. Jill heads off with her cardiologist, and warns Cane not to take his wife for granted. In her doctor’s office, Jill insists she’s cut down on stress and submits to her echo-cardiogram. The results are positive. Jill says she’ll be adventuring again soon, but there are issues that still need her attention. Meanwhile, Lily tells Cane she defended him because she can’t believe the worst of him as people want her to. Suddenly, Juliet appears with her doctor. When they confront her about lying, and Lily blurts, “Cane did not have sex with you,” Juliet reveals she is pregnant!

More: Upcoming teasers for Y&R and all four soaps

At the penthouse, Chelsea arranges to have a dress delivered to Lauren Fenmore. Later, Jordan arrives to pick Chelsea’s brain on whether Juliet might be running a con with her collapse. Chelsea asks why she’d fake an illness. Jordan doesn’t know, but he’s worried about her hurting Lily. He feels Juliet’s telling the truth or it’s been a set-up from the beginning. Chelsea explains why she doesn’t believe it’s a con, and comments on his concern for Lily again. They decide to work as a distraction.

Jack appears in Victoria’s office at Brash & Sassy and clucks sympathetically about the sexual harassment lawsuit. Victoria sighs, disappointed it got out. As Jack rants that he warned her about his brother, Billy appears and reveals that Cane is the one in this mess. As Billy goes on about Jack’s fake issues with ‘Clarissa’, aka, Gloria, they bicker, and Jack learns that Juliet is the complainant. After, Billy realizes he said too much, but wonders if Victoria trusts him since she routinely blows off his advice. Later, Jill shows up to harp on Victoria about fighting for Billy. She urges her to turn this around and rescue him from Phyllis before she loses her chance. Glo snarks that she doesn’t have pull with him and shoos her away. Phyllis stays. She remarks on how Jack’s treated her, and butters her up with compliments about her expertise on fashion. Gloria decides she’ll try to sell Jack on the idea after all. Later, Jack asks Gloria to find out what she can about Juliet – he may want to hire her. Gloria retorts that there are easier ways to stick it to Billy.

At home, Billy is stunned when Phyllis appears in a sexy outfit and feeds him seductively in the kitchen. He lifts her onto the island as they undress and kiss passionately.

As Jill greets Devon at the Club, Dina spots her and murmurs, “Well I’ll be damned…Jill Abbott.”

Hilary says to Juliet, “Well at least Lily knows the truth now – Cane cheated on her.”

Lily pleads with Cane, “Don’t lie to me, just tell me the truth.” Cane says, “We had sex.”