Thursday June 15, 2017: Victoria warns Lily, Scott and Sharon take their relationship to a new level, and Phyllis asks Nick to back off. 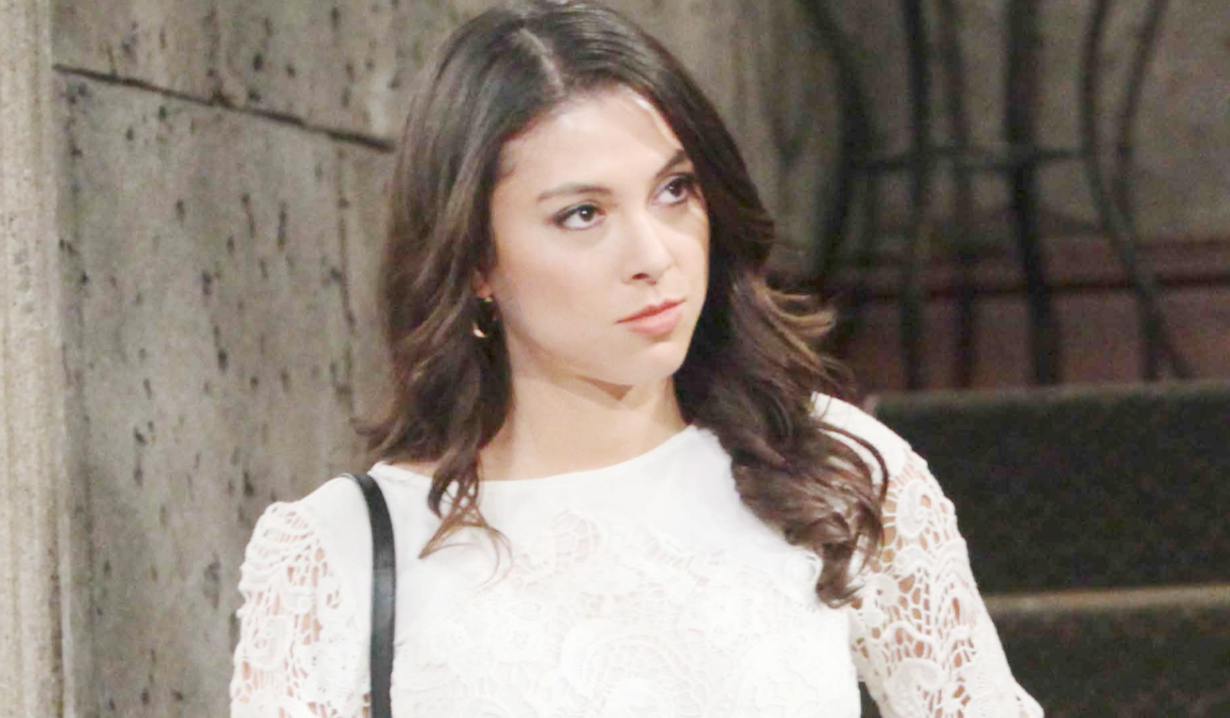 In Juliet’s suite at the Club, Juliet threatens to call security, but Cane pleads with her. He rants that Hilary’s using her, and warns this will destroy his family. They rehash her being fired instead of Billy. Cane knows it wasn’t fair, but doesn’t want her to go through with the suit. Juliet isn’t afraid to testify – she’ll tell the truth about what happened between them. Cane argues it wasn’t sexual harassment. She complains he told her to go back to Tokyo and didn’t ask Victoria not to fire her. Cane assures her she’ll lose against a Newman and he can’t stop it. He urges her to think about whether she wants to risk her future as well as his. Juliet calls Leslie to meet as things have changed. Later, Leslie arrives and learns that Cane was the visitor who dissuaded her from going forward. She says he made his second huge mistake – his most recent manipulation made her case much stronger.

More: Soap stars past and present join Battle of the Network Stars

Victoria arrives at Lily’s place and warns her Juliet’s lawsuit is heading to trial and things could turn ugly fast. Lily worries this could ruin every aspect of their lives. Vikki says it’s Cane’s word against Juliet’s. She wonders if Lily’s having doubts. Lily sighs that they’ve gone through this before and she’ll vouch for Cane. Later, Cane arrives and informs Lily that Juliet is dropping the suit. Lily is appalled that he was alone with her. Cane insists it’s over.

At The Underground, Phyllis and Billy run into Nick and Chelsea. Phyllis teases Nick about bringing his girlfriend to work. Billy reveals they’re celebrating being back together. Chelsea congratulates them, but Nick tells his ex-wife she can do better. Phyllis feels no one there has the moral high ground. Nick joins Noah and Devon, while Chelsea mixes him a strong drink. After, Phyllis warns Nick to back off since he’s no saint. Nick will try for her sake. Nearby, Chelsea reassures Billy, and they discuss Chloe. Billy says he and Phyllis moved in together, and Chelsea notes she and Nick are taking it slow. Billy warns about going so slow, you’re going backward. Tessa arrives and tells Noah she ran into the guy from Chicago, and has decided to stick around. Later, Victoria arrives and spots Billy with Phyllis.

At Newman, Abby snarks at Scott about his odds on the dating scene and Scott reveals he’s seeing someone tonight. They are sparring about their business challenge when Zack appear to pick her up for their date. Scott pulls Abby aside – she’s dating a subordinate? Abby invites him to report her and goes.

Mariah returns home for something she forgot and finds her mother has set the scene for romance. Mariah is happy for her – she’s bouncing back from Dylan. Scott arrives and Mariah heads out. Over wine, they chat about putting down roots. The oven buzzer interrupts their kiss. After dinner, they get back to kissing. Scott stops and asks, “Are you ready for this?” Sharon replies by ripping his shirt open. He grabs her, growling, “C’mere,” and they make out furiously. Upstairs in the bedroom, Sharon runs her nails down Scott’s back as they have sex.

At the Club, Abby and Zack pretend their date is to ‘test the platform’. At the end, they decide it was a success.

More: Hallmark’s The Wedding March 2 teaser for this Saturday

In The Underground, Devon is amused to see Mariah’s romantic side when she talks about Sharon and Scott. Noah and Tessa appear. She tells Devon she’ll sign with him. On the dance floor, Phyllis sees Victoria. She and Billy check in about the lawsuit and then leave. Chelsea hands Victoria a double. Meanwhile, Noah worries to Mariah about Tessa being the latest girl with secrets. Mariah urges him to give her time and cut her some slack. She rejoins Devon, who has just learned of the accusations against Cane. He complains about Hilary making trouble when he learns she plans to have Mariah report on it. Everyone watches Tessa perform.

At home, Phyllis and Billy are naked wrapped in blankets on the sofa. They kiss.

Dina tells Graham, “I feel I should go see Jack and clear the air.” Graham replies, “Just don’t let him talk you into anything.”

Lily informs Hilary if she goes on air with baseless claims about Cane, she’ll be the one getting sued.

As Billy and Victoria look on, Michael hollers at Cane, “You just gave her a huge present; a winning case all wrapped up in a nice shiny bow!”