Y&R Day Ahead Recap: Kevin steals a gun and tracks down Chloe 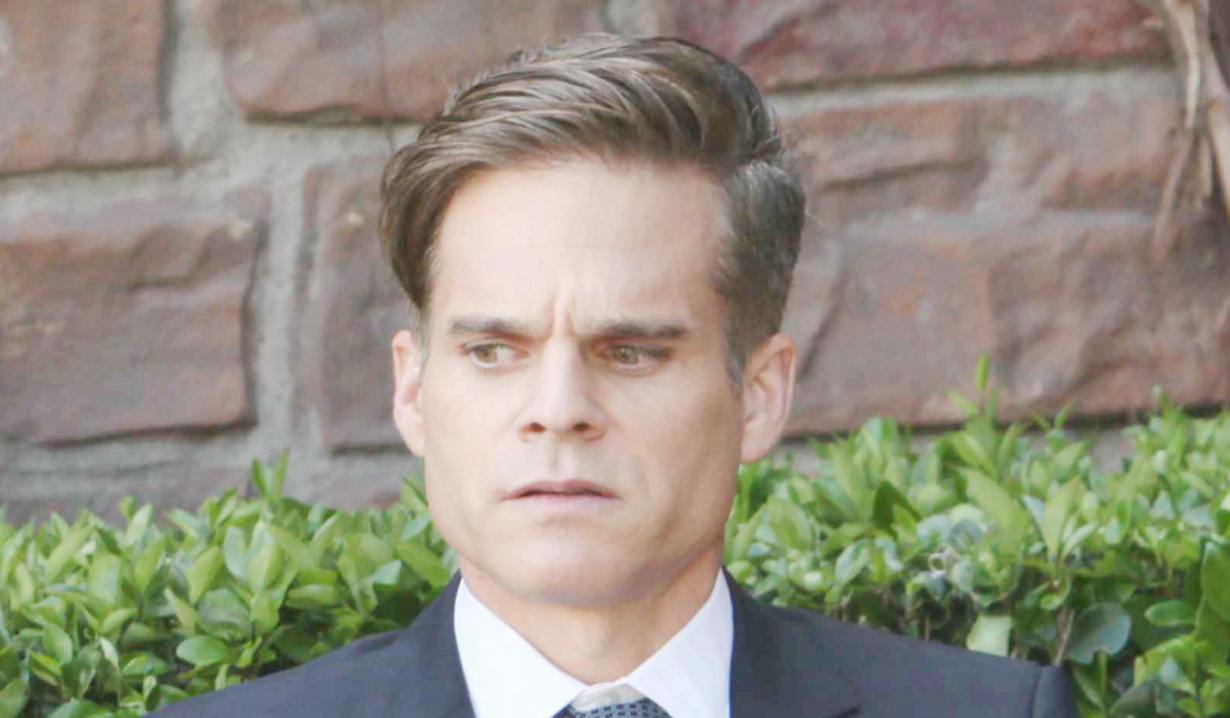 In Paul’s office, Kevin glances at Chloe’s note. Paul enters and clears him for time off. Kevin asks about Dr. Harris and Paul urges him to let it go. On the way out, Kevin looks in his laptop case, where he’s stashed a gun.

At Dr. Harris’ house, Chloe eavesdrops as he reports to Victor that he’ll devote himself to her treatment. After, she flashes to Victor promising her she wouldn’t be killed for real in the ‘nuclear option’. Later, Harris admires Chloe’s sketches and she assures him she feels safe. When he steps away, she whispers, “Hurry Kevin.”

In the park, Kevin throws the evidence tag from the gun in the trash before entering Dr. Harris’ address onto his laptop. Victor appears behind him and Kevin slams the laptop closed. Vic expresses his condolences and questions him about his trip. Kevin stammers that he won’t be alone…because there are lots of people in Tahiti. He lies that Michael and Lauren booked his itinerary and Vic finally leaves. Kevin locates Harris’ house on the computer and takes off.

In the Abbott living room, Ashley and Jack discuss how to get Dina alone as Graham is like a constant shadow.

At the Club, Dina complains to Graham that she’ll miss Genoa City. Graham says leaving is for the best. He takes a call from Ashley, who asks him to come by and pick up a family photo album for Dina.

Back at the Abbott house, Ash tells Jack she’ll stall Graham, so he can find out what’s going on from Dina.

Nikki thanks Noah for letting her practice in The Underground, and he assures her she’ll ‘kill it’ at the concert. Noah steps out and Tessa arrives in time to find Nikki frustrated and cursing. She’s encouraging as Nikki worries she’ll look like a fool and rants that this whole thing was set up to make her look bad. Tessa wonders why anyone would do that? Nikki alludes to tension with her husband. When she steps away, Tessa phones Victor to say his wife may not be able to make it through this. Victor insists she see to it that she does. Nikki reappears as she disconnects from ‘Mr. Newman’ and questions her.

At Crimson Lights, Sharon and Scott reflect on Chloe choosing suicide. Scott says watching Kevin go through this made him realize life is short – he’s decided to resign from Newman. Sharon doubts Victor will be happy. They joke about Scott becoming a barista, and kiss as Noah appears. They chat, and Noah admits he likes Tessa and feels protective of her. He shares that her ex showed up and now she’s reluctant to sign with Devon. Sharon thinks it could be trouble and questions Tessa’s unwillingness to open up. She clucks about Noah’s tendency to rescue people and worries he’ll get hurt. Noah insists Tessa’s not a project. Scott leaves, and Sharon acknowledges that Noah’s a grown man and just urges him to be careful.

At the Abbott residence, Ashley stalls Graham with tea and an apology. Graham concedes he can be over wary at times. Ash skirts around to asking if Graham is after her mother’s estate. Graham insists Dina is not a woman to be manipulated and claims he’s being well paid for his services and has no need of her mother’s estate. He then turns the tables on Ash, asking about her sudden interest in Dina and her money. When he mentions that Dina wanted to come back to visit ‘one more time’, Ashley asks what he means. Graham states that no one knows what the future holds, and leaves.

In Dina’s suite, Jack confronts her about her relationship with Graham. He and Ashley are both concerned about her. They get emotional as he recounts the highlights of her visit and asks her to stay. Dina says, “Maybe I’ll be back some day.” Jack wonders why she says that like it’s not her choice. Dina is on the verge of revealing ‘the truth’ but then toughens her resolve and insists the visit is over. Graham enters as they share an emotional goodbye. He promises Jack his mother is in very capable hands. Jack, still bewildered, exits. Graham tells Dina she did the right thing. She says she can’t leave. He reminds her that she told him she doesn’t want her family to know. Dina sighs that this journey is so hard. He promises to be with her every step of the way.

Jack returns home and informs Ashley that their mother is leaving, even though he senses it’s not what she wants and there was more she wanted to say.

Abby says to Jack, “If my dad finds out you’re involved in this project he’s going to go ballistic.”

Victor tells Scott, “This will be a challenge, I promise you.” Scott says, “I won’t let you down.”

Kevin spots Chloe as he hides in Dr. Harris’ house. 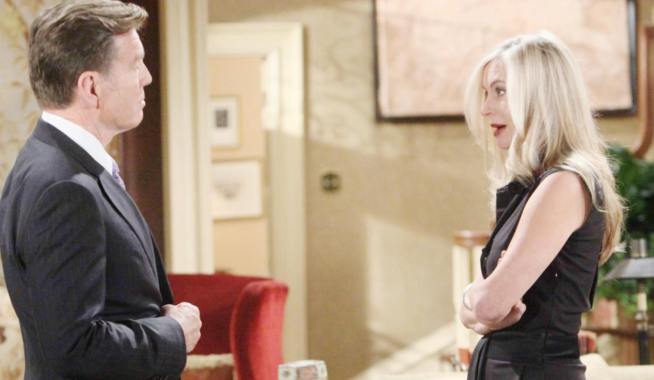 Y&R Day Ahead Recap: Kevin and Dr. Harris square off over Chloe 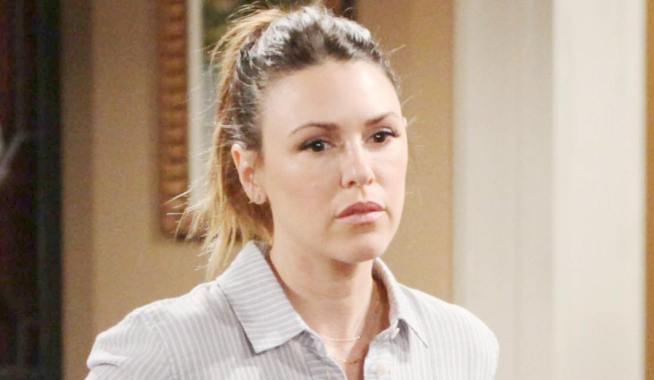