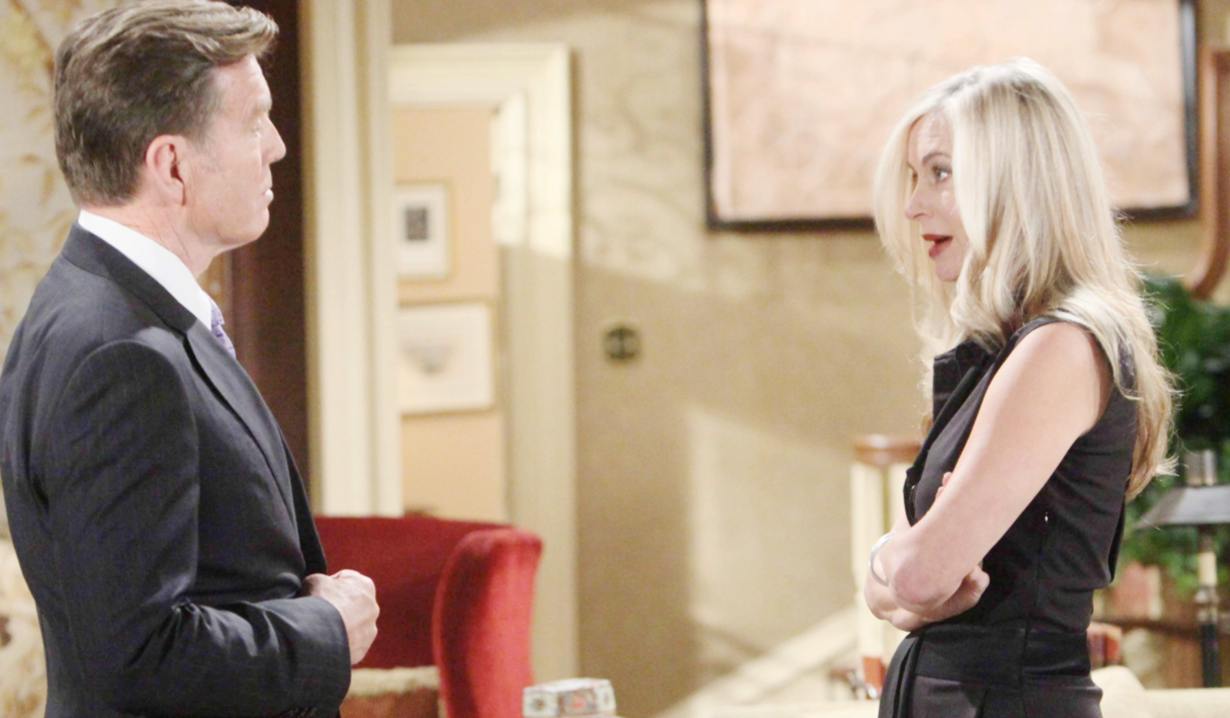 At the Club bar, Jordan tells Hilary that Juliet’s sexual harassment lawsuit wasn’t a smart move. They debate. Jordan thinks that Juliet got some bad advice from someone claiming to be in her corner. After more debate, Hilary shrugs that the truth will come out; it always does. In their living room, Cane informs Lily that Juliet’s lawsuit is frivolous and Victoria will put an end to it. Lily wants to know if there are any merits to her claims, and Cane launches into a ranty denial. Lily again asks him to be honest – is there any way Juliet could be talking about something that happened in Tokyo? Cane says they went out together to celebrate but there was no sexual harassment. Lily wonders if Hilary is involved and assures Cane they will be okay.

At Brash & Sassy, Victoria makes it clear to Michael that she has no intention of paying a settlement to make Juliet’s lawsuit go away. Michael can’t understand what Juliet hopes to gain. Victoria thinks she needs cash and reiterates she’s not settling. After leaving, Michael texts Cane to meet.

Mariah and Noah enthuse about the crowd at The Underground’s Open Mic Night. She’s surprised to hear Tessa is uncertain about signing with Devon. Tessa arrives and Mariah questions her, and has Devon reassure her about her talent. Meanwhile, Reed greets Mattie and her friend, and introduces them to Noah. The teens interact awkwardly until it’s time for Reed to play. After the song, Noah asks Tessa what, or who, is holding her back from signing with Devon. Mariah intervenes and Tessa wonders if they’re a tag team. She talks about a guy she knew in Chicago and how she’s not used to having friends. Noah rejoins Tessa and urges her to ‘go for it’ before kissing her. Elsewhere, Mattie tells Reed his performance was ‘not bad’ and applauds his nerve in getting up there. Reed suggests a movie some time. Mattie’s gone before he can get her number.

In the Abbott mansion living room, Jack flashes to Dina singing to him as a child. Ashley arrives from Milwaukee. She’s been distracted by thoughts of Graham – something isn’t right. Ash fills her brother in on the abusive episode in Dina’s suite and opines that he is controlling her. She’s worried about Dina, who is being pressured to leave. Jack decides they need to figure out what’s going on.

More: Teasers for Hallmark wedding movies still ahead in June

In her suite, Graham presents Dina with flowers to apologize for grabbing her arm. He blames his over-protective behavior on her children’s sudden interest in their mother. In the dining room, Abby informs Zack that her start-up will be part of Newman Enterprises now. They part ways as Dina appears. She notes the way the ‘young man’ was looking at Abby and promotes mixing business with pleasure. Dina expresses pride in her granddaughter for pursuing her start-up idea. As Abby walks off, Ash and Jack show up. They question if Graham has Dina’s best interests at heart. Dina says they’re leaving for Paris tomorrow. Jack interjects that he’ll tell Graham to go alone and she can stay at the house. Dina panics. “You mustn’t do that!” Graham appears. He presumes Dina’s saying her goodbyes. Farewell hugs are shared, and as Dina and Graham walk away, Jack tells Ashley she’s right; something’s off and he won’t let Dina leave with that man before finding out what’s really going on. By the door, Abby fills Victoria in on their father supporting her start-up idea. Vikki’s response makes Abby think her sister still considers her to be Victor’s second choice. They bicker, but Vikki tells Abby she should be proud. The conversation thaws and Victoria offers business advice – be prepared for things to come out of left field. At the bar, Lily confronts Hilary, calls her a miserable human being, and assures her that nothing will come of Juliet’s lawsuit. Hil says they’ll see, and warns this will go national. She takes a call and Jordan apologizes for what Lily’s going through. Lily asks him about Juliet and Cane. He reminds her of the argument they witnessed in the lab. Jordan feels the truth will come out, but points out if Cane loses, a lot of people will get hurt.

At Michael’s place, Cane recounts the events in Tokyo, but lies that Juliet helped him to his room and then she left. Michael asks if he would testify to that under oath. Cane wants to talk to Juliet, but Michael vehemently advises against it. He informs him if there’s no merit to the case, it will be over before it goes to trial.

Jack says, “The last thing he wants is for us to get anywhere near Dina.” Ashley replies, “So I’ll stall him, and you find out what’s going on from her.”

Chloe listens as Dr. Harris, on the phone with Victor, says, “Chloe’s in excellent hands, Mr. Newman. I plan to devote myself to her treatment.”

Kevin checks in his bag to ensure his gun is there.