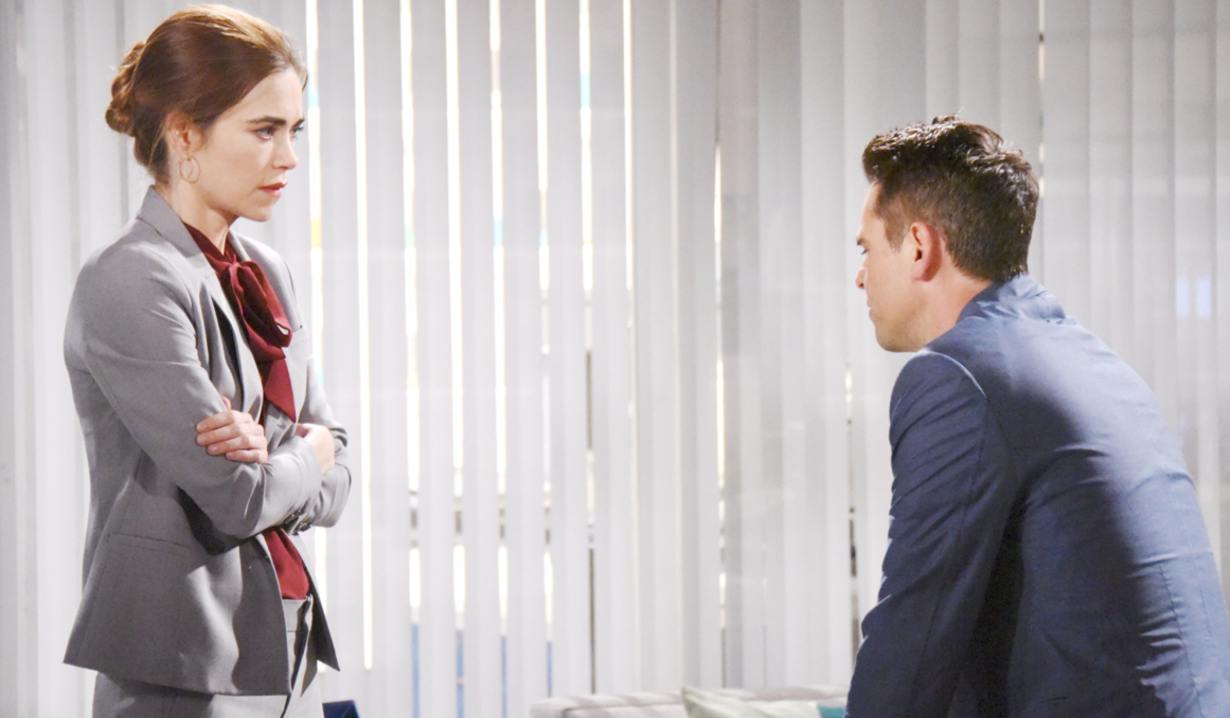 At the station, Paul greets Chelsea and Nick, and informs them he received confirmation from Louisiana that Chloe died of an overdose. Chelsea is stunned when he reports that the funeral is today. Later, Paul is surprised to see his brother, Father Todd, who’s in town to preside over the funeral. He couldn’t refuse given the impact mental illness has had on their own family. They talk at length about suicide and the inability to know what’s in another person’s mind. Paul fears part of Kevin died with Chloe.

At Crimson Lights, Scott thanks Sharon for agreeing to accompany him to the funeral. Sharon reflects on working with Chloe and having empathy for her experiences with mental illness. Scott mentions Victor was kind to Kevin, who is still in shock. On the patio, Billy spots Juliet and apologizes – he hates that she got nailed with this. Juliet seems to take it in stride. Billy offers her a letter of recommendation and wishes her luck. She assures him she’ll make her own luck. Later, Nick tells Chelsea he doesn’t think it’s a good idea for her to attend Chloe’s funeral. They argue about whether Kevin would welcome her. Chelsea tries to convince Nick to go with her, but he won’t go to the funeral of the woman who killed his brother.

Michael supports Kevin at home as he faces Chloe’s funeral. Kevin admits he’s not okay. He thinks people will express their condolences but feel she deserved to die because she was a murderer. Lauren appears and urges him to focus on honoring the woman he loved. Michael encourages him not to let what people say get to him. Kevin thanks them and might consider taking some time away.

At Brash & Sassy, Hilary has stopped in to assure Victoria all the hockey footage is gone. Before exiting, Hil remarks on having to make tough decisions as boss. Later, Billy arrives and tells Victoria he’s not going to Chloe’s funeral so as not to upset Kevin. Talk turns to Juliet and Vikki defends her decision to fire her. She gets a call from the hockey league and heads into her office.

Cane and Lily, eating breakfast at the Club, discuss Chloe’s funeral being today. Lily recalls he was married to her. Talk turns back to work. Cane still wishes Billy had been fired. Lily is still disappointed about the commercial, and reveals her agent wants to keep putting her out there, but she put him on hold. They are kissing when Hilary appears. She gushes that seeing them together is validation that marriage can last and people can stay absolutely committed to each other. When she mentions temptation, Lily presumes it’s a swipe at her, while Cane snaps that they can deal with anything life throws at them.

Kevin enters the church and tears up when he sees Chloe’s photo and flashes through some of their best moments together. Father Todd arrives, followed by Esther. Todd offers support, and Esther reveals her doctor gave her something to get through this. Gloria appears and tells Esther she’s sorry for her loss, but the maid retorts, “Spare me your phony sympathy.” Glo maintains she’s grieving on Kevin and Bella’s behalf. Meanwhile, Lauren and Michael thank Todd, and Scott and Sharon arrive and speak with Kevin. After, they convene with Michael and Gloria to discuss their concern about Kevin. When Kevin confirms everyone is there, and he and Esther are seated with Bella, Father Todd begins. Suddenly, the service is interrupted by the arrival of Chelsea and Nick. Kevin attacks them for hunting Chloe down and hollers that it’s Nick’s fault Chloe is dead!

Hilary runs into Juliet on the coffee house patio. Juliet says she told Billy she harbors no ill-will toward Brash & Sassy.

Lily and Cane arrive at Brash & Sassy where Victoria informs them, and Billy, that the hockey league is raring to go with more promotion. Cane snarks that Billy’s like Teflon – he screws up and still gets rewarded. He wonders how long until Billy makes another mess they’ll have to clean up. After, Cane flashes to his night with Juliet before rejoining Lily to enthuse about shooting another commercial. They embrace. In Victoria’s office, she is served with papers and informs Billy they are being sued by Juliet – for sexual harassment!

A fight breaks out at Chloe’s funeral as Kevin hollers, “Why did you come here?”

Juliet asks Hilary, “Do you think I have a strong case?” Hilary replies, “Strong. And explosive.”

Cane asks Victoria, “What is it you wanted to go over with me?” Victoria informs him, “We’re being sued. By Juliet.” 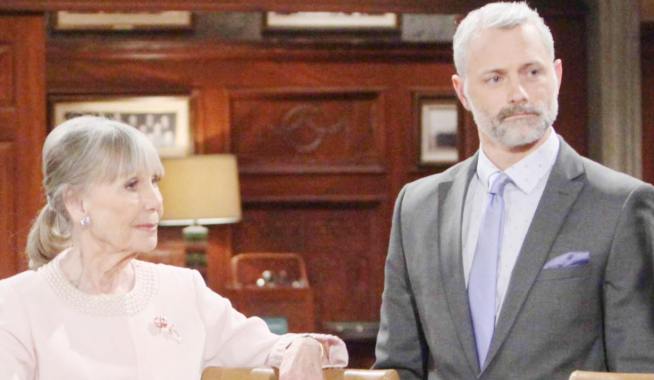 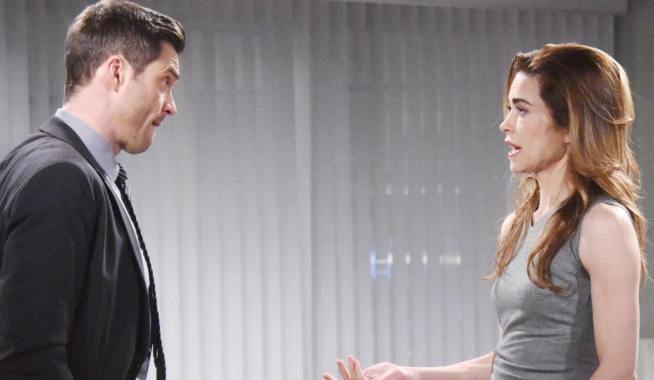