Friday June 2, 2017: Abby comes clean, Scott gets news from Sharon, and Billy makes a decision in the wake of Chloe’s death. 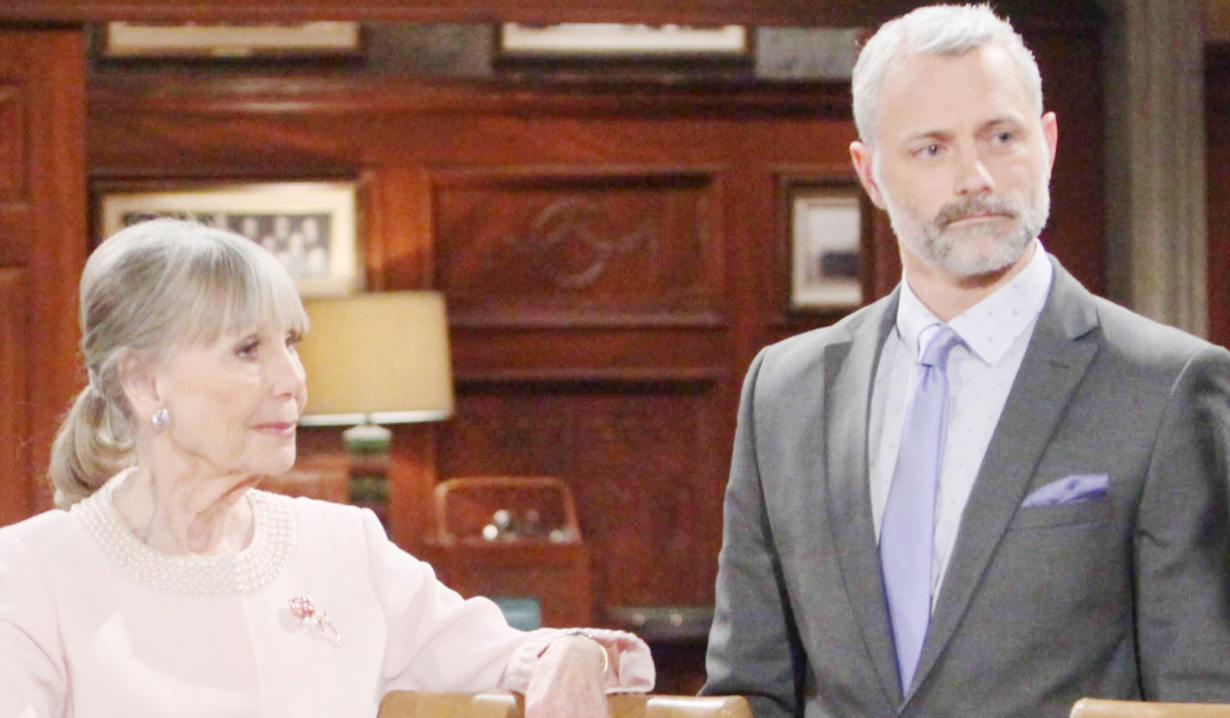 In the Newman stables, Nikki confronts Nick about lying to her and risking his family for some budding romance. Nick snaps back that he wants a relationship built on honesty and trust, not like hers with Victor. They argue about how to proceed with his father. Nikki balks at ridding the family of him, so Nick complains she’s putting him first again.

Abby appears in Victor’s office and hopes what she has to tell him won’t change his belief in her. Vic wonders if this has to do with the secret she’s keeping from him. Abby admits she used company funds to establish her start-up project and launch it, but then sold the warehouse and returned the money, which accounts for the mystery payment. Victor chuckles that he’s impressed by her guts and announces he’ll make the start-up project a part of Newman.

Phyllis and Jack argue about an idea at Jabot, and Phyllis snarks that his arrogance comes from his mother. Jack is amused to hear Dina berated his ex at the Club. Phyllis is unimpressed at him defending the woman who abandoned him when he wouldn’t stand up for the woman who loved him. Later, Abby arrives and updates Jack on Victor making her start-up project a part of Newman. She thanks Jack for believing in her. Jack makes a face as they embrace.

At the Club, Ashley confronts Graham about his relationship with her mother. Graham claims he’s Dina’s advisor and protector. Ash asks if her mother is dying. Graham denies it, but feels Dina understands her time isn’t unlimited, now more than ever. Ash asks, “Wait. Why did you say ‘now’…?” Dina appears and Graham hightails it upstairs. Dina says he’s a man she can rely on and Ashley snaps, thinking Dina’s implying she needs a man in her life. Dina heads upstairs, where Graham informs her they’re leaving town now. Dina wants to stay. Ashley enters as Graham shouts that they are not deviating from the plan, and Dina yells, “Ow!” Ash gets confrontational, but Dina defends Graham. Ash eyeballs them suspiciously and tells Dina not to leave without saying goodbye.

At the station, Kevin informs a stunned Paul that Chloe is dead. Paul gets the details and Kevin rants that if Nick and Chelsea had left this alone… Paul cautions Kevin not to jump to conclusions, or let this consume him. Kevin gulps deep breaths and worries about breaking the news to Bella. Paul gives him a pep talk, but Kevin wants justice for Chloe.

At Crimson Lights, Scott learns Sharon’s divorce is final and she’s looking forward to a fresh start. He admires her ability to see the positives. Sharon talks about controlling your own destiny and wonders why he’s still working for Victor. Scott has to stay, so she suggests he use it as an opportunity. He may be able to do that since Victor is acquiring a news outlet. They kiss and canoodle. Later, Nick arrives and updates Sharon on Chloe’s death. Sharon can understand her not wanting to go back to a facility, but they agree they may never know why she took her life.

At Brash & Sassy, Billy can’t believe Chloe committed suicide when Victoria tells him. Vikki feels she never should have been released from the facility. They rehash how their marriage ended because of Billy seeking revenge on Adam. Phyllis arrives and Victoria leaves. Billy reflects on the deaths of Chloe and Delia, and tells Phyllis they’ve wasted too much time. “Let’s move in together.” He wants to come home to her at night and wake up with her in the morning. Phyllis agrees. “Let’s do it!” They kiss.

In the stables, Victoria complains to Nikki that Billy and Phyllis are together because she was keeping Victor’s secret. Nikki mentions welcoming him back into the family, but says she told her father that’s never happening. Nikki claims she’ll decide whether to leave him after the concert. Vikki admits she took Billy for granted and seeing him with Phyllis hurts. She advises her mother to do something where Victor’s concerned – she’s tired of lying.

Scott joins Victor in his office and wonders what Abby’s confession means for him. Victor still needs him. Scott demands to get in on the digital media acquisition or he’s
gone in six months. Vic invites him to draw up an offer. Kevin busts in wanting all the information Vic has on Chloe’s death. Victor makes noises about the tragedy and defends the doctor who took her in. Kevin thinks he was her accomplice – there are too many unanswered questions. Vic warns what it will do to Bella if Kevin becomes obsessed. Scott convinces Kevin to go home to his daughter.

Hilary tells Lily, seated with Cane, “Seeing you and Cane together is validation that marriage can last and that you can stay absolutely committed to each other.”

Paul tells Nick and Chelsea, “Chloe is going to be buried today.” Chelsea exclaims, “The funeral is today?!” 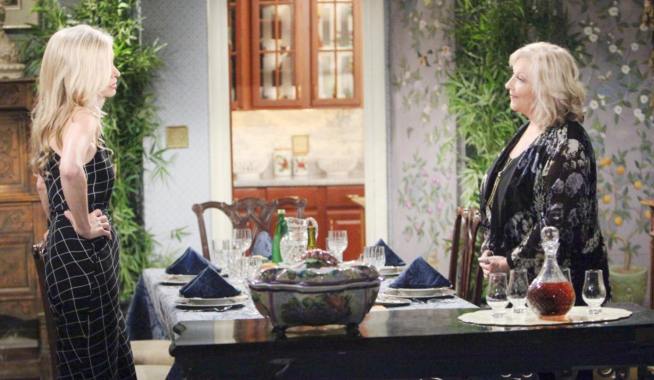 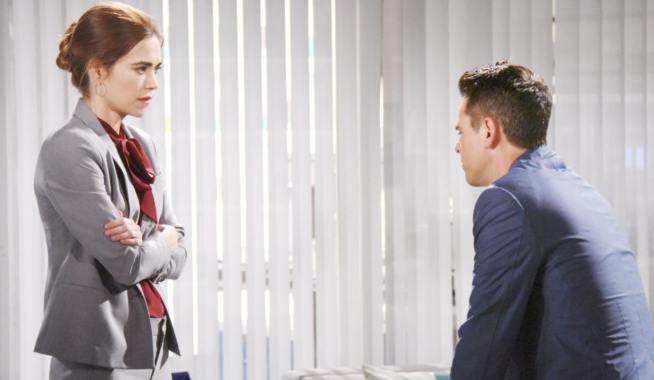