Wednesday May 31, 2017: The Abbott family dinner is held, Victor has nothing left to lose, and Juliet seeks Hilary’s advice. 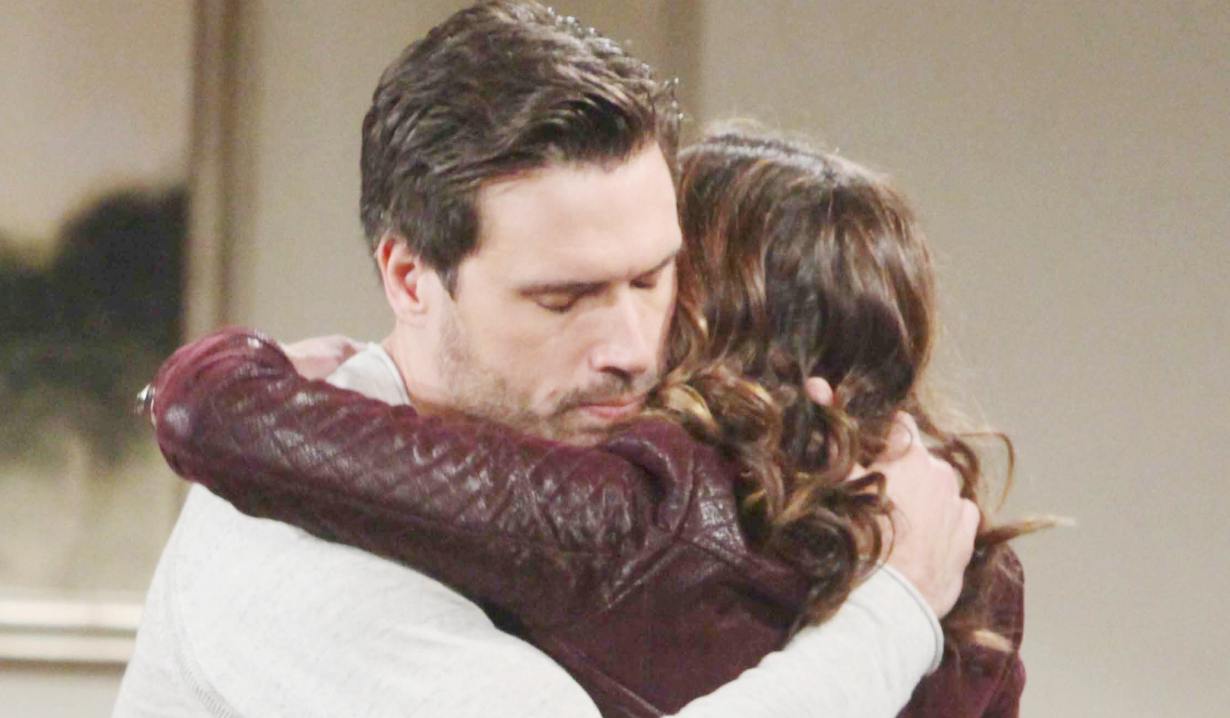 On the phone at Newman, Victor gives Nick a dressing down for helping to find Chloe and betraying his family. He slams the receiver down and Nikki reappears. “They found Chloe didn’t they?” She mutters about it impacting the family and suggests that Victor should be proud that Nick has such integrity. Victor abruptly exits.

At Dr. Harris’ house, Chelsea frantically yells at the unconscious Chloe to wake up. Harris arrives and demands to know what Chelsea did to her. Chelsea says she found her like this and Harris kneels to feel for a pulse. He announces that Chloe is gone and phones to report a possible suicide, as Chelsea stands frozen in shock. She phones Nick and tearfully asks him to join her there. Once Nick arrives, he comforts Chelsea before stepping out to phone Victor and informs him Chloe killed herself. Victor calls it an unnecessary tragedy. Nick angrily vows to tell Chelsea the truth. Back inside, Chelsea and Harris bicker about who is to blame. Chelsea asks him to return the body to Genoa City.

Hilary and Lily compare notes on Juliet’s firing at Crimson Lights. Hil alludes to Juliet doing something some might feel was unforgivable. Lily is sure Juliet will figure out her next move and be better for it.

At the Club, Cane assures Juliet that he told Victoria what happened was Billy’s fault. She deduces that he didn’t try to save her job, just get Billy fired. Cane further angers her by implying none of this would have happened if he’d been doing her job. Juliet’s eyes narrow when he suggests she return to Tokyo. Things are tense when Lily joins them. She offers to help Juliet get a job at Devon’s company, and goes on about how unfair it is. Juliet is intrigued to hear the footage was all deleted and glares toward Cane that it certainly is unfair. Juliet goes, and Lily opines that the young woman is lucky to have Cane as a friend. By the bar, Jack prepares to take Dina to the house for dinner and hopes Graham understands it’s just for family. Dina shares her surprise about Ashley’s invitation, and Jack admits he was a little thrown too.

Traci arrives at the Abbott house and questions Ashley about planning a dinner for Dina when she feels such trepidation. Ash reveals she took Ravi’s advice to curb her anger. Traci hasn’t forgiven their mother, but feels they can’t change the past. Abby arrives, followed soon by Jack and Dina. As they’re seated at the dinner table, Dina recalls the sibling rivalry between Ashley and Jack. Awkwardness ensues as she gushes that it’s just something a mother doesn’t forget. When Mamie’s name comes up, Ashley points out she basically raised them. Talk turns to when Dina will return to Paris, and to Graham. Dina says he’s a dear friend, a trusted associate, and he watches over her. “He dotes on me,” she giggles. The conversation turns briefly to Phyllis, before Dina makes things uncomfortable again by gushing about Abby bridging the gap between the Abbotts and Newmans. Jack prompts Dina to ask about Traci, and talk turns to her books, which Ashleys suspects their mother never read. After, Dina recalls singing to her children when they were young. Jack remembers, but Ash and Traci do not. An emotional Dina then bursts into song as her daughters look on in amazement. Jack joins in. Their mother expresses gratitude for the gathering and they all pose for a selfie. Graham arrives and Dina hugs Ashley and Traci before wishing them all a good night. Jack and Abby pair off. Abby warns she’s going to come clean to her dad about the start-up. In the dining room, Traci tells Ashley there’s something very different about their mother.

In the stables, Nikki learns from Victor that Chloe’s dead. Vic warns that Nick plans to tell Chelsea the whole story. Nikki realizes he expects her to keep him quiet. Victor doesn’t expect a damn thing – he doesn’t care anymore because he’s lost everything. “I’ve lost my family!”

In their Louisiana hotel room, Chelsea reels from Chloe’s death and wallows in guilt. Nick reminds her she wanted justice for Adam. Chelsea cries; maybe Chloe and Adam are somewhere better now and free of their demons.

In the morgue, Chloe’s lifeless body lays covered in a sheet.

Traci says to Ashley, “Your little soiree was so successful, she might never want to leave.”

Dina tells Neil, “Before you school me in Boardroom 101, just remember who you’re talking to.”

How Black Hollywood & White Hollywood Can Save America’s Soul — And The Movie Biz: Guest Column