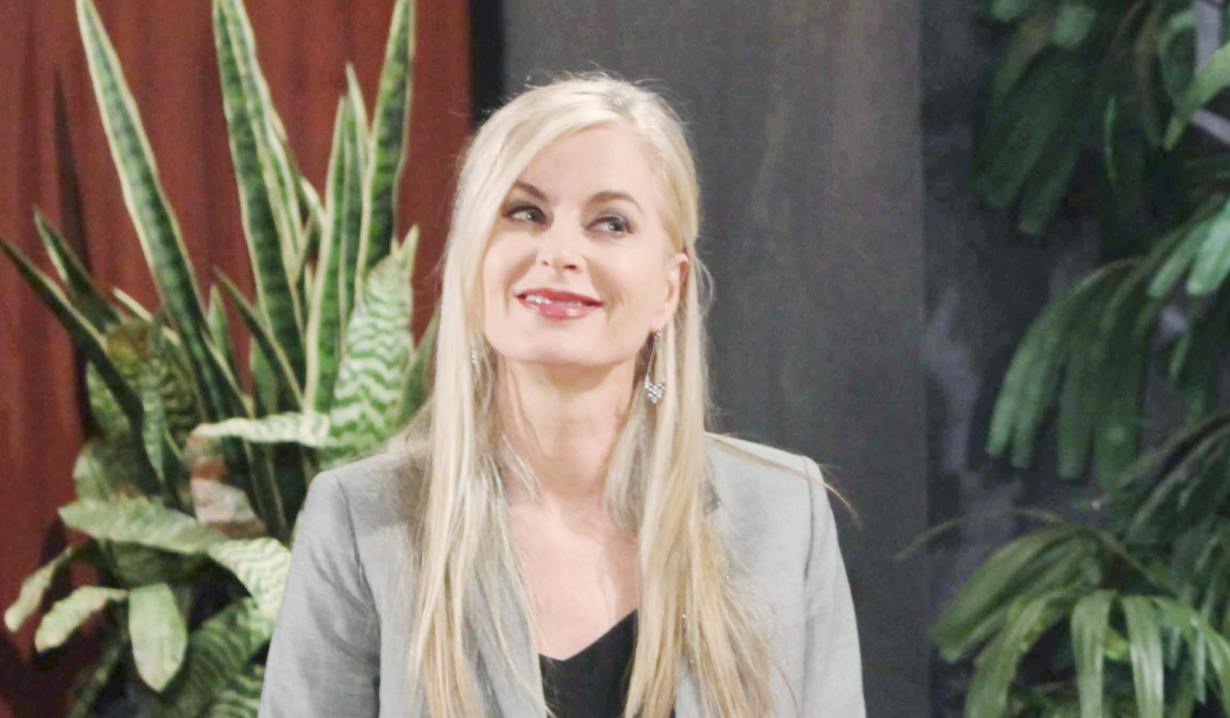 At Dr. Harris’ house, Chloe hears him say, “I’ll take care of her.” He notices her fearful look and she peppers him with questions. Harris reassures her and issues her medication, which she only pretends to swallow. After, he watches her sketch and she brandishes scissors over his head when he squats to retrieve her pencil. She drops them and cries about being afraid.

In Victor’s office, he disconnects from Harris and looks out the window. Nikki enters and asks, “What did you do now?” Vic reveals that he just learned Nick is with Chelsea on the search for Chloe. Nikki panics, and worries their son will tell Chelsea everything. She hisses if the family gets hurt, it’s all on Victor. The Mustache barks about being a scapegoat. Nikki gets emotional about how he disappointed her. She frets that her forgiveness may be gone for good.

In their Louisiana hotel room, Chelsea tells Nick the sketch she saw in Harris’ house was the one-of-a-kind dress she designed for Chloe. “I’m positive she’s in that house.” Nick questions why the doctor would hide her, but ultimately phones Harris and rattles him by saying his wife may go to the police. Harris agrees to come to their hotel.

Dr. Harris leaves his house after assuring Chloe he’ll take care of her.

Nick greets Harris at the hotel. Chelsea is gone and Nick confronts the doctor about his connection to Victor Newman – his father. Harris comes clean and warns he can’t pin a murder on him without implicating his own father. Nick demands to know Chloe’s location. Harris tries to leave, but Nick stops him, and then phones Victor to tell him it’s over – Dr. Harris admitted everything and will lead them to Chloe.

Chelsea arrives at Harris’ house and breaks in. She discovers Chloe unconscious on the floor surrounded by pills.

At Jabot, Jack learns from Phyllis that Victoria elected to keep Billy on at Brash & Sassy. He snarks about the hockey deal being dead, and Phyllis reveals Victoria salvaged it.

Jack digests that, and warns not to underestimate Vikki Newman when she wants something. They bicker about Billy’s perceived screw-up. She gets angry when he calls them ‘the King and Queen of bad judgment’. Talk turns to Dina before Phyllis reveals she saw him embracing Nikki. “I know what I saw.”

Abby thinks Ashley seems out of sorts at the Club. Ash asks about her visit with Dina. Abby understands Ashley’s resentment and mentions Dina said she was afraid of her. Ash won’t stand in the way of Abby’s relationship with Dina – she can make her own decisions. Abby thinks her grandmother showed vulnerability, but Ash says it’s a ploy and warns her not to expect much. Dina appears with Graham, and is taken aback when Ashley suggests an Abbott family dinner. Dina learns Traci will join them and accepts. After, Dina is waiting for Graham when Phyllis approaches. Dina snarks about Phyllis cheating on her son, and they spar verbally. Phyllis warns her about inflicting more pain on Jack. Dina intends to make things right and wonders if she can say the same.

Scott greets Sharon with a kiss at Crimson Lights, and Kevin appears. He talks about Bella missing her mommy. Scott mentions Victor’s people may have leads. They speculate about Victor’s deep pockets. Kevin hopes that no one finds her if it means going to prison.

At Jabot, Ashley updates Ravi on her decision to kill her mother with kindness. Jack enters as she shares that she invited Dina to dinner. He gets up to speed and thanks Ravi for offering a fresh perspective. Ravi exits. Jack asks Ash what really happened. She huffs that Abby wants to get to know Dina and vows it will be a one-time thing.

At the dinner table, Dina says, “I know you and Ashley always had sibling rivalry; that’s something a mother just doesn’t forget.”