Y&R Day Ahead Recap: Victoria fires someone from Brash & Sassy

Friday May 26, 2017: Victor questions Scott, Nick joins Chelsea on her quest, and Cane panics over the flashdrive. 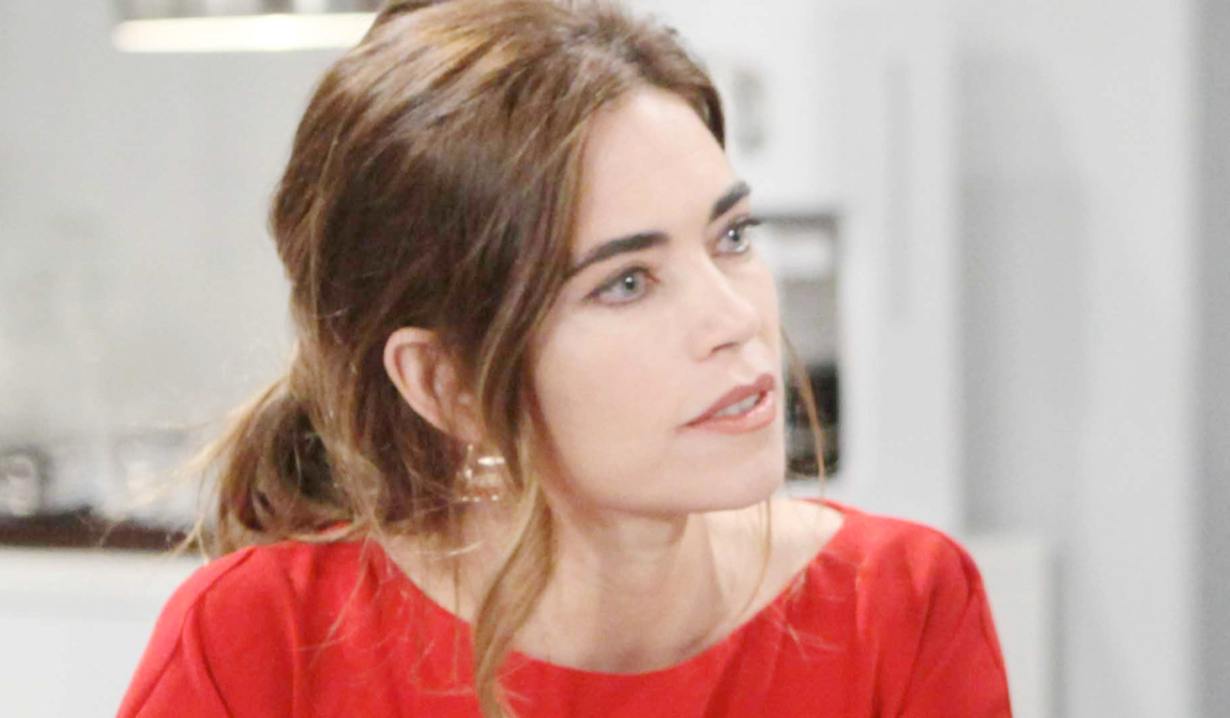 Scott meets with Victor at the park café and reveals the spot will be the venue for Nikki’s concert. Victor approves. Scott senses this is about pleasing Nikki, but the Mustache isn’t forthcoming. Scott opines that every part of this assignment feels like a test. He questions Victor about recent events and asks if Nikki’s okay. Phyllis appears and says Nikki looked fine when she saw her in Jack’s arms. She sidles away. Scott gets a kick out of her needling Vic, who asks if Scott’s sleeping with her.

At the facility in Louisiana, Nick appears as Chelsea upsets an employee by offering a bribe. He pretends to be her disapproving husband and they discuss how to regroup. A woman mopping pipes up that she’ll tell them about Chloe…for a price. She ends up revealing that Dr. Harris released Chloe. Chelsea believes her, even after they realize she’s a patient there.

Victoria arrives home to an unexpected hug from Reed, who reveals he knows about Billy and Phyllis, who were making out in the house. Vikki sighs; she tried to spare Reed’s relationship with Billy, and assures him she’s fine. Reed shrugs that she’s not the only single one – Zoey has taken up with a tool from Walnut Grove Academy. Vikki feels he shouldn’t blame the school – maybe the kid’s issues stem from the parents.

At home, Cane takes off for work and Lily invites Mattie to watch the footage from L.A. with her. Mattie realizes she has to prepare notes for school, so they’ll watch it later. Lily drops the flashdrive on the living room table. After, she phones her agent to tell him about the footage, which she will watch and then send to him.

In the Brash & Sassy lab, Billy and Juliet await the arrival of the others. Billy is certain Victoria will be there soon with an update. Cane enters, looking to strategize about how to spin the cancellation of the hockey deal. Billy gripes and they launch into bickering. Victoria appears. She reports that she made a convincing appeal and the hockey deal is still in place, but they have to scrap the commercial. The league is also insisting that the person responsible be terminated. She asks to speak to Billy alone. Cane exits with Juliet, muttering that Billy brought this on himself. Juliet feels Billy shouldn’t be let go, but Cane says Victoria will make it official. Meanwhile, Billy offers his resignation to Victoria, who stops him. He insists he’ll take the fall for this and leaves. Cane joins Vikki. He presumes she fired Billy and opines that he’s been a liability since day one. He mentions the footage Lily has, and Victoria wants him to make sure it never sees the light of day. After, Victoria tells an apologetic Juliet that it’s obvious she was the one who made the major mistake. Juliet tries to defend herself but Victoria fires her.

Reed and Mattie run into each other – literally – at Crimson Lights. Reed offers to buy her a coffee and introduces himself. They chat about their schools and music before Reed takes off. At Newman, Victor complains to Scott that Phyllis has it in for him, which is why it’s his business if she’s seduced his employee. Scott scoffs at proving his loyalty and Victor issues another menial task – compile a list of all the concerts performed at the park pavilion.

Chelsea and Nick arrive at the Louisiana home of Dr. Harris, who apparently retired young. He answers Chelsea’s knock and she launches into her spiel. Once inside, Chelsea pretends to be hurt that Chloe never mentioned a sister. Harris claims not to have followed-up with Chloe after her release. Nick reveals she murdered a man after he declared her sane. Harris is disturbed, but has no idea where Chloe might be. He asks them to let him know if they find her. They exit, and Harris phones Victor to update him. He complains it’s not what he signed up for, but Victor feels it’s why he pays him so handsomely. Behind Harris, Chloe appears, looking out of it.

Billy and Phyllis discuss his situation at the park café. Phyllis wonders if Victoria refused to accept his resignation to keep him close. Billy thinks she needs to rein it in a little and defends Victoria, who has been nothing but fair.

Cane arrives at home frantic to find the flashdrive Hilary gave Lily, who wonders what’s going on. He explains Victoria’s request regarding the footage. Lily hands it over and feels put out that her commercial won’t air. Cane drops the flashdrive on the floor and crushes it under his shoe.

At the Club bar, Hilary tells Juliet, “Drinks are on me tonight, and if you want to vent, I’m here to listen.”

Harris assures Chloe that he told them he didn’t know where she was and they believed him. “They’re gone now, there is no reason to be upset.”