Thursday May 11, 2017: Abby makes a call, Neil and Devon don’t like Dina’s offer, and Lauren worries her son will leave. 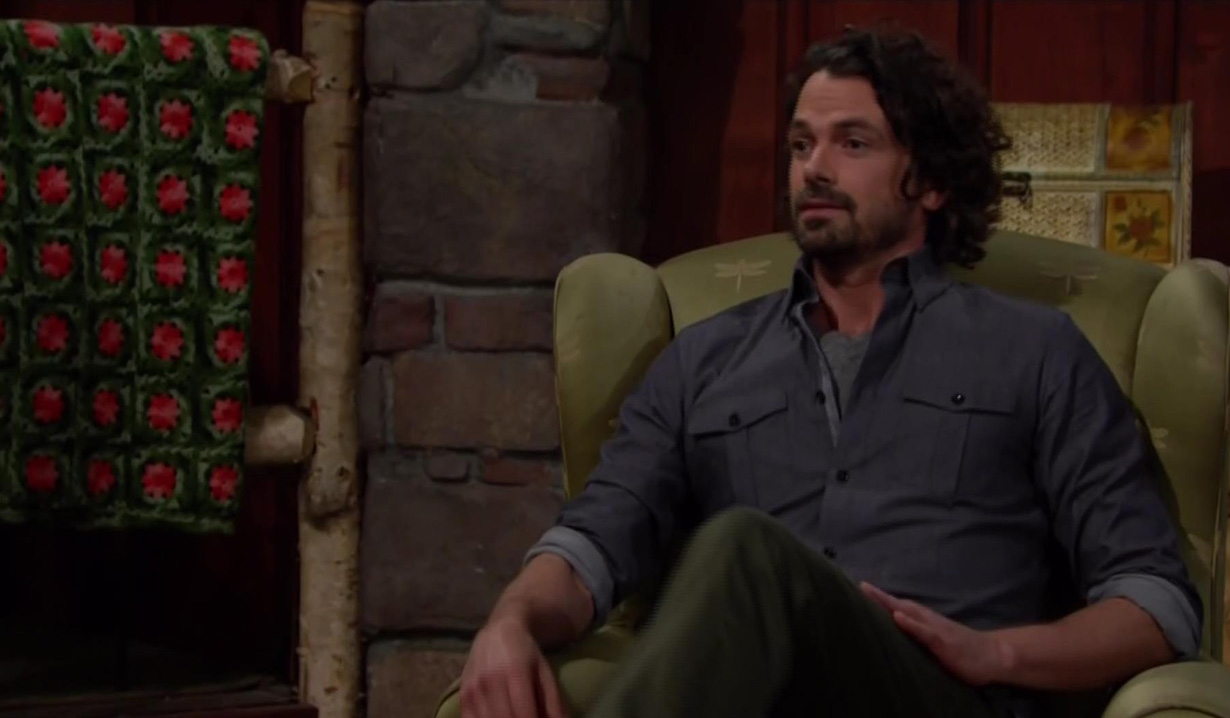 At Newman, Abby lectures her mom for confronting Victor. Ashley couldn’t stop her mom instincts and doubts Scott has been hired for devious reasons. She wonders if there is any proof that Abby hasn’t been loyal to her father. Abby worries her mom is ruining her reputation. Her mom is sure Scott will get bored and leave her alone if she includes him in her day to day life. Abby thanks her for the great advice.

At Brash & Sassy, Juliet and Billy discuss their ad campaign. He says she can poke him if he complains about Cane. After gabbing about his positive relationship with Victoria, he leaves. Phyllis comes in looking for him. Juliet tells her he’s gone to Victoria’s so Phyllis goes on about how important the children are. Scott goes to Lauren’s and complains about his new job as a glorified babysitter. Lauren thinks Abby could learn from him. This isn’t the life he saw for himself. His mom thinks this should be enough for now. He moans about how he should be working as a voice for people who need justice. Lauren worries that she made him into a vagabond by moving him around so much. Phyllis interrupts and Scott heads out. Pretty soon, Phyllis starts complaining about Victoria playing mind games with her and Jack’s obsession with problems in Nikki and Victor’s marriage. Lauren encourages her not to doubt her feelings and gives her a hug as Michael arrives. She tells him what kind of man her son has become and she doesn’t think he’s found a reason to stick around.

When Mariah gets home, she notices Sharon hasn’t moved since morning. The blonde has been studying. Mariah hops upstairs to change and Devon comes to the door. Sharon and Devon chat about the divorce until Mariah returns. As they head out, he gets a text. Later, Scott shows up at Sharon’s. She’s still frazzled about studying and worries about Mariah with Devon and all of his baggage. He tells her about his new job. Being stuck in a foreign country doesn’t sound so bad. He helps her study and she suggests he find a different way to pay Victor back. They kiss. He says it feels right when they are together. They kiss again.

Jack finds Victoria moping at the Club. He complains about his brother, the lothario. She’s not about the fire the man who will make her company a fortune. Besides, she doubts things will last long between Phyllis and Billy. He wonders if she’s keeping his brother around for personal reasons. She admits they were getting closer but she had to push him away for family reasons. Jack probes but she insists the Newmans are as united as ever. On the other side of the Club, Abby calls Madame Mergeron. Dina isn’t excited to hear from her until Abby tells her she’s calling from Newman. Dina was wondering when Victor would come sniffing around. She refuses to listen to an offer.

Michael and Neil go over Dina’s offer at Devon’s. Winters is annoyed. Soon, Mariah and Devon arrive. The lawyer leaves them to get to work as Mariah orders pizza. She suggests they just tell Dina what they want. Neil tries calling but she’s busy so he decides to leave Devon alone with his date.

Victoria arrives at home and finds Billy playing with the kids. The children go off to wash up and Victoria tells him her plans for LA. Once he leaves, she calls to make vacation plans for the family. Billy chases Phyllis around at the Jabot office and she has to make him keep his hands off her. She suggests they go on a spa getaway. He promises to make things up to her when he gets back. They make out a little. Meanwhile, Jack visits his sister’s office and they bicker about Abby. He’s sure that she will surprise them all. She’s glad to see that he’s out of that dark place he was in.

“You deserve to know where we stand with each other,” Hilary tells Jordan.

“Victoria’s not going to go for that,” says Cane. “Oh, she just did. So, pack your bags. We’re heading to Hollywood,” Billy tells him and Juliet.

“Lying because of dad may have cost me a chance with Billy, but I think California might be the place to get that back,” Victoria tells Nikki. 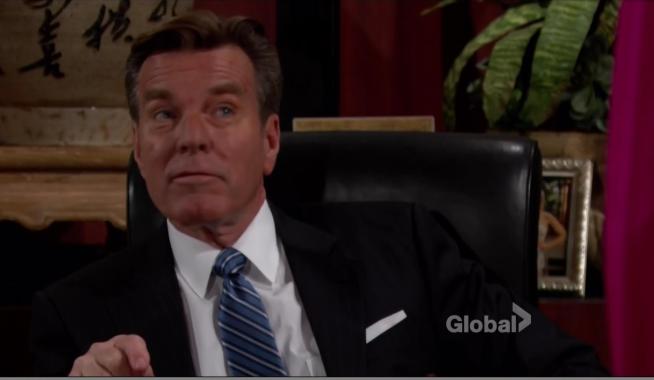 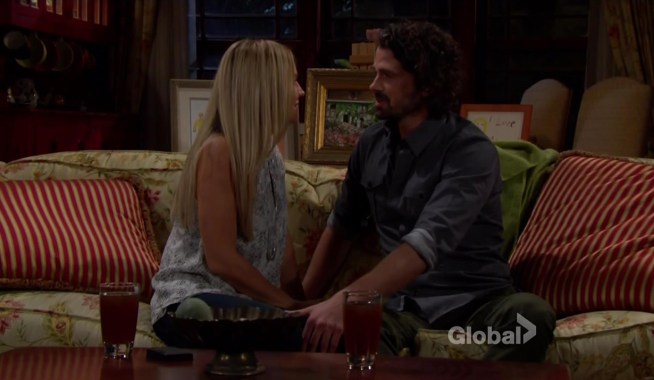