Tuesday May 2, 2017: Jack and Ashley discuss their mother, Victor recalls meeting with Chloe, and Victoria gets an eyeful. 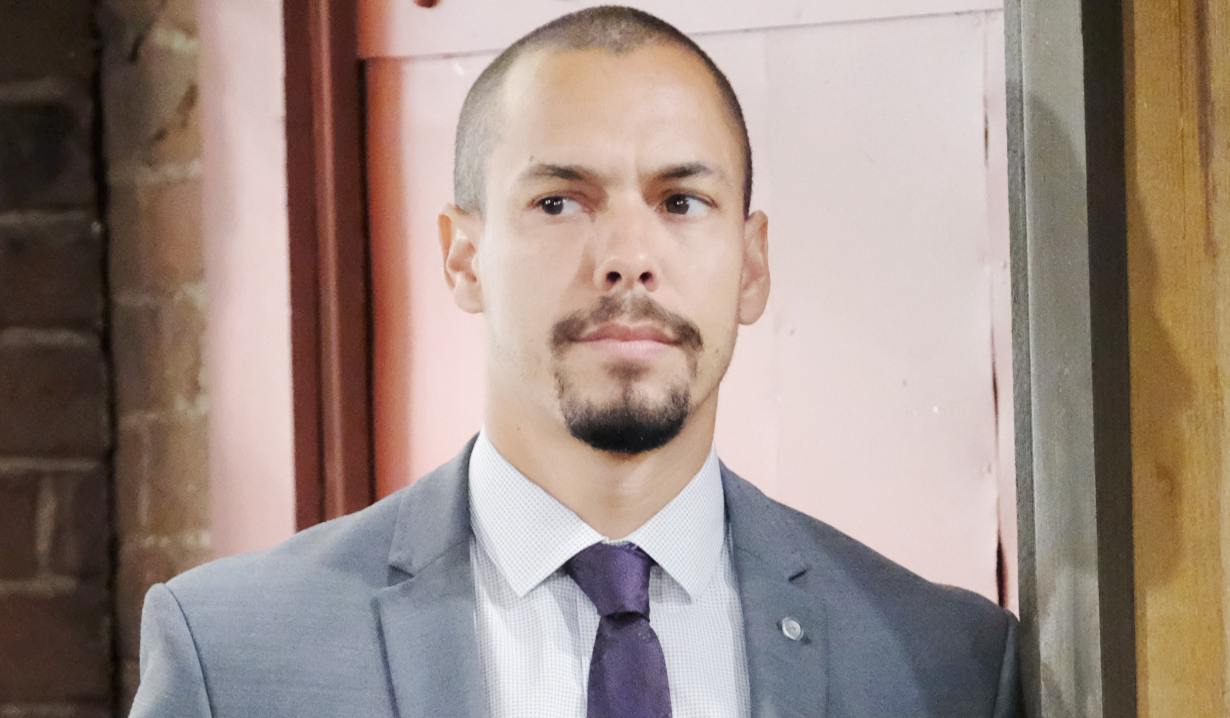 Victoria arrives in Victor’s office, where they argue about him wanting to give Reed back the car. Victoria calls it a bribe. Victor insists it was a loving gesture. They rehash his involvement with Chloe.

At Crimson Lights, an upset Phyllis tells Scott her love life was going well, until it wasn’t, and asks if he knows anything about Nikki’s health. Scott saw her the other day and she was fine. Michael appears, and Scott leaves. Phyllis fills Michael in on the mystery of Nikki’s MS and the feeling Billy’s playing her. Michael suggests she talk to him. Phyllis grits her teeth. “We’re going to talk alright.” Later, Kevin arrives and gets advice from Michael about how to talk to Bella about Chloe. Kevin admits he still has to tell Gloria. Michael warns she shouldn’t find out from someone else.

At Brash & Sassy, Cane spots Billy and flashes to seeing him with Phyllis before baiting him about his relationship with Victoria. They spar verbally. Victoria arrives to work and takes Billy aside to share an anecdote about Johnny. Cane spies a text from Phyllis on Billy’s phone reading ‘Elevator. Hurry!!’. Once Billy sees it, he quickly exits. Cane discreetly follows. Billy joins Phyllis in the elevator. She rams the stop button and tells him Nikki’s not sick – she wants to know who’s lying. Phyllis hisses that she will not be the other woman and pushes away from Billy’s kiss. Meanwhile, Cane tells Victoria there’s a big accident and she’ll need extra time to reach her lawyer’s office. She rushes out. The elevator won’t open, so Cane calls maintenance to override the emergency stop. Inside, Billy professes his loyalty to Phyllis – he hates hiding – they kiss passionately. Suddenly, the elevator door opens. Victoria exclaims, “Oh my God!”

In Devon’s penthouse, he and Neil enthuse about construction being ahead of schedule. Devon’s already found a company to acquire – Mergeron Enterprises. Neil reveals that the CEO, Dina, was married to John Abbott, and is Jack, Ashley, and Traci’s mother. Devon’s attracted by her streaming service. Neil muses that she walked out on her kids, but is a savvy businesswoman. They discuss whether the Abbotts would have issues with them acquiring the company. Devon shrugs that it’s business. Neil agrees – Victor would be all over it. Devon reveals they’ll be flying to Paris to meet with Dina.

At the Abbott house, Ashley irks Jack by bringing up Gloria. He distracts her by saying he was out at the ranch with Nikki last night when Victor was out of town. Ash huffs that he never learns! Jack grins that he had to help Nikki get her mojo back. Ash learns that Victor walked in on him giving her advice and there was definitely a chill in the air. Talk turns back to Gloria, and then to John and Dina. Ash exclaims over her walking out on her kids. They lament having abandonment issues thanks to their mother.

Scott arrives in Victor’s office and relays that Nikki asked him to stop working on the book. He talks about Victor’s family being in the spotlight, even more so now that Chloe killed Adam. Scott informs Victor about Chloe’s letters to Kevin and Billy, and Kevin being Bella’s dad. Victor hopes the woman who killed his son is found and gets what she deserves. Scott figured he would go after Chloe. Vic claims he doesn’t want to go back to prison, and reminds Scott he calls the shots. Once alone, Victor flashes to finding Chloe in a motel room. They debate over whether she’s crazy. Vic says if she’s not, and she killed his son while sane, what does she think he’ll do? Chloe guesses he’ll kill her. She promises Adam never suffered. Victor hands her money to disappear. Chloe asks him to get the letters to Kevin and Billy.

At Jabot, Gloria wants to know why she and Jack haven’t met up at the Club lately. He apologizes if he made her feel abandoned. They agree their trysts made life more interesting. Later, Jack notices Mergeron Enterprises is for sale. Elsewhere, Ashley brings up her mother to Ravi. He wonders why she’s never mentioned her. Ash breathes, “Because I hate her.” She explains Dina deserted them as children. Ravi assures her she’s nothing like her mother.

Gloria joins Kevin at Crimson Lights, and he reveals that he is Bella’s biological father. Glo says if he’s happy, she’s happy for him. Kevin remarks that she’ll be an interesting grandmother to her first granddaughter. Glo decides they’ll give Bella the best family they can. Kevin wishes he could let Chloe know he’s happy about it.

Jack asks Ashley, “You’re not even a little curious why our mother has her company up for sale?”

Neil tells Devon, “Let’s not get ahead of ourselves. There’s no guarantee we will make this deal close.”

Victor tells Abby, “We haven’t made a big acquisition for a while, maybe this might be a good time.”