Y&R Day Ahead Recap: Victor walks in on Nikki and Jack 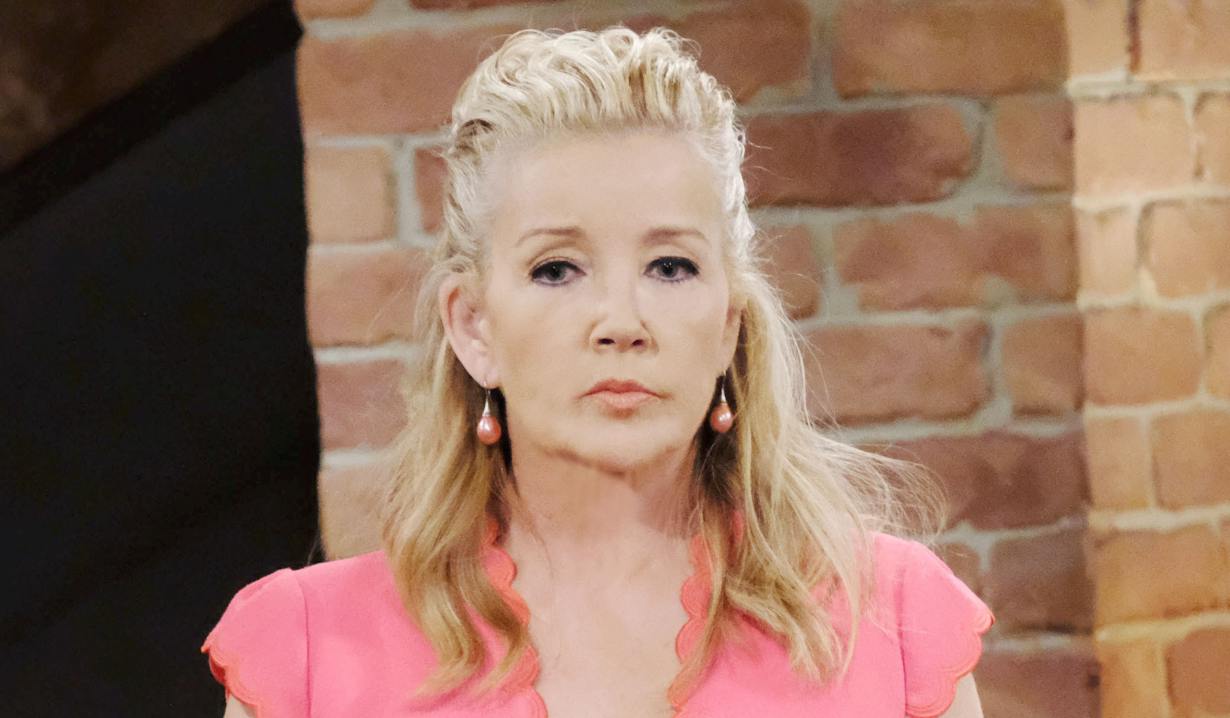 In the park café, Victoria wants to start over again with Billy and pick up where they left off. Billy wants to keep things the way that they are, and Victoria feels that him steadying the boat means they’re headed in the right direction.

At Brash & Sassy, Lily asks what Cane and Juliet were arguing about. Cane begins to reply, but Juliet interjects that they need to be straight with Lily. She claims their disagreement surrounded a press release. Lily tells them to play nice before rejoining Jordan. Victoria enters with Billy and gathers the group and announces she’s taking them all to the Top of the Tower to dinner. Jordan is told he can bring his date. Billy confirms he’ll go too. Victoria asks him to drive over with him so she can talk about her mother.

At Jabot, Phyllis gets a text from Billy saying he has a work thing at Top of the Tower. Ashley and Ravi appear discussing their reservation and Phyllis invites herself to join them.

At the Top of the Tower, Nikki lies to Jack that she and Victor are still getting along fine. Jack notes that she’s there with him looking to get her groove back – it makes him wonder what’s really going on. Nikki is about to leave, but Jack relents, he has some ideas about what she could do. He jokes she could start a male revue or turn the ranch into a sanctuary for circus animals. Nikki muses that he’s given her a great idea. At the bar, Devon gets hit on by a customer and the bartender as Mariah arrives. She feels that she’s dating Genoa City’s most eligible bachelor. Later, Ashley and Ravi arrive and run into Nikki and Jack. Nikki tells Jack that Ashley might be trying to get her mojo back too. Victoria and Billy arrive next, and he wonders what’s going on with her. Vikki insists she can be spontaneous. Billy pastes on a smile as he notices Phyllis enter. She joins Ravi and Ash, who snarks about Phyllis’ dating app not working. Phyllis watches Billy and Victoria, and Ash gawps as she downs her entire glass of wine. Meanwhile, Mariah tells Devon to fasten his seatbelt as Hilary and Jordan appear. They sit with the Brash & Sassy gang and Hilary tells Lily she and Devon are divorced so she can keep her bitchy comments to herself. Lily laughs that she still hates her and makes her way over to Devon to dish on the great news. She’s thrilled to hear Mariah and Devon are an item. At Ashley’s table, a bottle of champagne arrives with a note for them to drown their sorrows over Brash & Sassy’s latest sales figures. Over at the Brash & Sassy table, Lily decides Juliet should be set up with Ravi, and takes her over for an introduction, after which Ash encourages Ravi to go out with her. Ravi tells Ash she has him all wrong. Simultaneously, Hilary and Jordan visit Devon and Mariah’s table. Hil remarks that her online comments were sincere and refers to Mariah as a rebound. Phyllis listens in as Victoria gives a toast to friends and family and texts Billy to meet her. In the ladies room, Ash tells Victoria her champagne tasted a little like desperation and points out both Hilary and Juliet are using Jabot products. By the coatroom, Cane hears Billy assuring Phyllis she’s the only woman in his life. Back at the table, a tipsy Lily stumbles onto Jordan’s lap. In the restroom, Vikki confides in Juliet that she wants Billy back.

At the penthouse, Nick is surprised to hear that Victor put money in Chelsea’s business account in Adam’s memory. Nick snarls, “Unbelievable.” Chelsea explains that he sent her an agreement stating that the money gives him no say in her company. She reflects that finding out Adam was murdered has brought up a lot of things. Nick wonders if she still wants to be a couple. She does, since she arranged for them to have a couples massage. The masseuses arrive and they indulge. Nick is full of knots. After, Chelsea makes him feel better with sex.

More: Check out the 44th Annual Daytime Emmy reels for Y&R and other soaps

In the ranch living room, Jack enjoys Nikki’s piano playing. She admits her passion for music has been re-ignited. Jack thinks it’s a great idea for her to play at her charity benefit. He spots the photos of the new research wing in Nikki’s name, and she explains Victor was behind it. They look at old photo albums and reminisce about when they were together. Victor enters to see Jack with his arm around Nikki.

Victor tells Nikki, “I can understand if Nicholas and Victoria are turning their back on me, but I thought that you of all people would understand me.”

At the Abbott mansion, Jack bellows, “Gloria and I have…” Ashley’s jaw drops. “No!”