Y&R Day Ahead Recap: Billy and Kevin are rocked by unexpected news 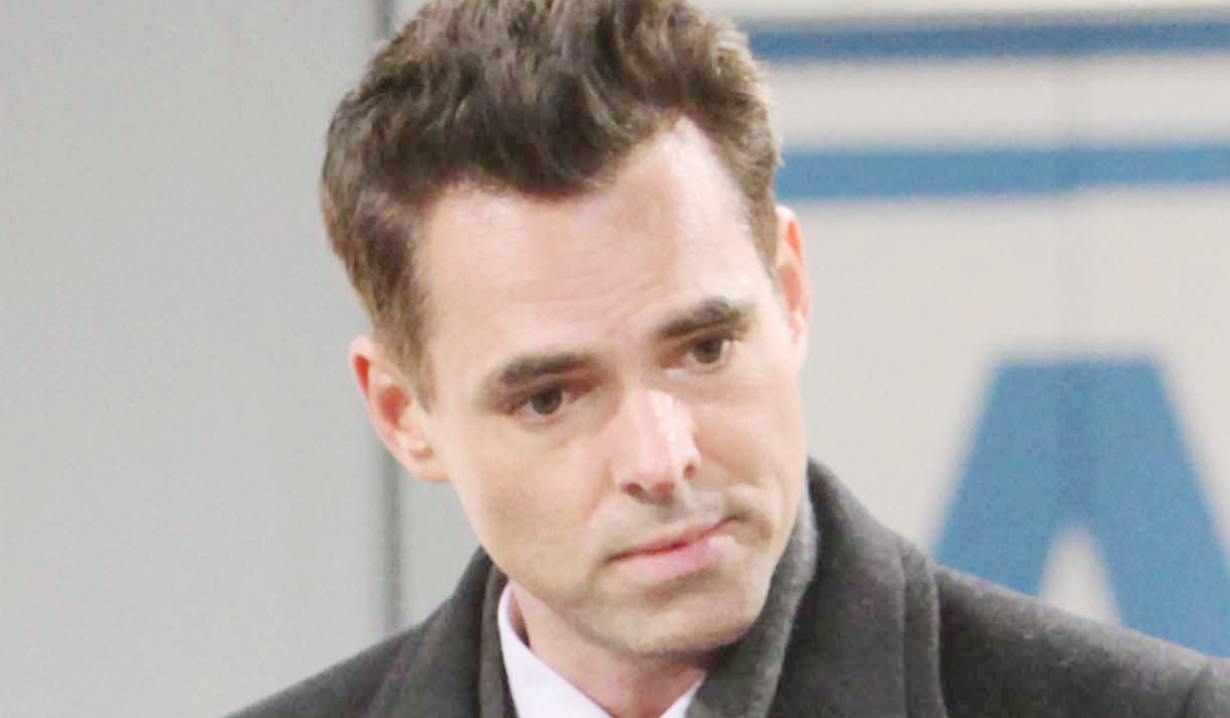 At the station, Kevin opens a piece of mail – it’s a letter from Chloe, saying she misses him and wants him to know he might be Bella’s father.

At Phyllis’ place, Billy opens a letter from Chloe that says she stole a sample of his sperm and Bella could be his daughter. Phyllis asks about the mail his office sent over. Billy fills her in and says he’s confirmed one of his samples went missing. Phyllis marvels that Chloe could have done this without his consent. Billy snarks about Chloe messing with his life and leaves saying he needs the truth before he can decide his future.

Nick arrives at the ranch with Christian. Tessa appears, says Nikki’s at a meeting, and offers to babysit after mentioning a baby brother. Since Bonnie’s in the kitchen, Nick agrees.

Outside a warehouse, Abby discusses contractors with realtor Farrah Dubose (played by Erika Girardi). She questions if she’s moving too fast, but then tells Dubose to go ahead and set it up.

Ashley arrives at Jabot and gives Jack good news about the conference. Jack crows he’s learned some intriguing new information – there is trouble in Newmanville. Ashley tells Jack they need a realtor so she can set up a lab. He’s on it. Elsewhere, Ravi raves to Phyllis about the trip to New York, and admits his date with Ashley was fun. He wants to help Phyllis find a date, but she smiles that she likes the comfort of the familiar. Abby arrives, clearly on edge, and joins Ash, who questions her about her promotion. Abby asks how transparent Ash is with Jack, and her mother worries this has to do with her start-up project. Abby exits abruptly. Meanwhile, Ravi impresses Phyllis with his tale of standing up to Hochman. Phyllis texts Billy, and then confuses Ravi by wondering if she’s like Ashley in that she’s scared to be happy. Ravi says they both deserve happiness and urges her to enjoy herself. Phyllis enters the office and chats with Ashley while trying to trick her into admitting she and Ravi shared ‘a night’. Ravi appears in the doorway and he and Ashley smile appraisingly at each other. Phyllis exits and Ash confides to Ravi she’s concerned Abby’s got herself in over her head.

Jack meets Farrah Dubose outside the same warehouse she was at with Abby. He’s interested, but she says it’s already sold. Jack flirts, but she won’t tell him the new owner’s name. Suddenly she gets a call and informs him the owner wants to sell. Later, Abby returns and is thrilled there’s a new buyer, until Jack appears.

At home Michael finds Scott stewing. Scott asks for legal advice – what are his rights if he wants to say no to something he initially agreed to do? Michael muses that it depends on the situation and, assuming he’s talking about Vic’s book, warns that people who don’t give Victor Newman what he wants generally live to regret it. They discuss Nikki trying to quash the book. Scott sensed she was going behind Victor’s back and was concerned about something specific. Michael chuckles when he alludes to having a normal life and maybe even a relationship. Kevin arrives and needs to talk to Michael alone. Once in the loop, Michael shrugs that it’s possible Chloe switched his DNA results and urges him to turn the letter over to Paul. Kevin argues, but Michael warns he’ll end up behind bars too if he doesn’t. Later, Christine arrives to see Scott, who doesn’t want to accept the mission even as she reminds him how many people he helped previously. Chris says this time he’d be working for her, but the answer’s still no.

At the station, Nick and Paul confer about Chloe and Nick turns over the stun gun and wrench. Paul says there is still nothing they can do until they bring her in for questioning. Paul notes this must be difficult for Victor, and Nick leaves. Later, Kevin and Michael are there with Chloe’s letter, and Kevin muses he could be a father in a few hours. Paul notes the postmark was from Malta and wonders how Chloe got that far. Billy bursts in and announces he got a letter from Chloe saying he might be Bella’s father. As Billy fumes, Paul finds out that Chloe paid cash to have the letters sent. Kevin reveals Chloe told him Bella’s father was a one-night stand. Billy is frustrated there could be a third guy out there. Billy rants about Chloe and Kevin defends her. Neither will leave until they know the results.

Nick returns to the ranch to find Tessa singing to Christian. She offers to babysit anytime.

Scott tells Lauren he’s been feeling kind of lonely and was hoping she could set him up with one of her girlfriends.

Jack says to Abby, “I’m not signing anything until you tell me what’s really going on.”

Paul has the results of Kevin and Billy’s paternity tests.