Y&R Day Ahead Recap: Victor’s left in tears after Nick makes a decision 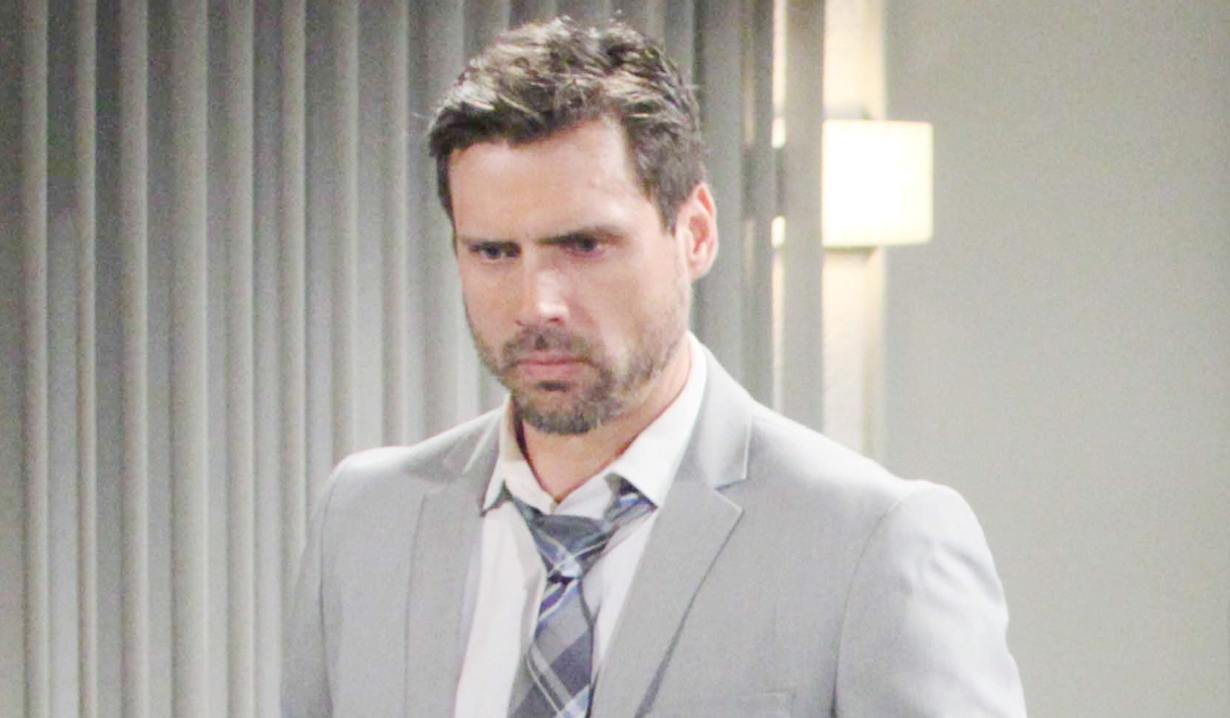 At The Underground, Nikki and Victoria rehash disowning Victor. Zoey and Kendall arrive, followed by Abby and Billy. Nikki reminds Victoria about keeping their secret. Billy pulls Victoria aside because he senses something’s going on and wonders if she thinks he knew about Chloe? Vikki reassures him and wants to focus on Reed. Nearby, Nikki blows off Abby’s questions about Victor’s absence. Elsewhere, Tessa and Noah talk about her music. Nikki joins them and invites Tessa to practice at the ranch any time. Noah quips that maybe Victor will pick up an instrument. Nikki snaps that he won’t and walks off. Meanwhile, Reed balks at the idea of playing at his own party until Kendall gets the crowd chanting his name. He takes the stage, where Victoria presents him with a new electric guitar. Everyone beams as he plays. After, Reed tells Vikki she’s the coolest mom ever. He goes to hug Zoey and Vikki chews to Billy that she still doesn’t like Zoey. Billy teases that she’s being like her father, which sets her off. Abby joins Billy and they discuss the weird vibes from Nikki and Victoria. Billy tries unsuccessfully to question Nikki, who introduces him to Tessa. The pair talks about music and leaving things to fate. Nearby, Noah admits to Nikki that he’s hesitant to date again. Nikki encourages him. He asks Tessa to hang out some time and then walks her out. By the bar, Reed is embarrassed when Vikki says he’s too inexperienced to drive Zoey to a concert out of town. She apologizes. After, Kendall finds Victoria and tells her she made the right call. Vikki later tells Billy she wishes Reed would date a girl like Kendall.

In the stables, Nick assures Faith there is nothing to worry about. She exclaims, “Then why did you hit Grandpa?” Nick makes a point of saying he doesn’t hurt people on purpose. Once alone, Nick informs Faith she needs to live with him or her mom now…starting tonight. Faith stomps out. Inside the ranch, Vic warns Nick he won’t get another shot at him and is upset he’s making Faith pack. Nick counters that they’re in this mess because of what he did to Adam. Vic intones, “As if you give a damn.” Nick won’t have him influencing Faith and tells him to stay away from Chelsea, Connor, and Christian too. Victor argues that nothing will change the fact that he’s their grandfather, or Nick’s father. Nick goes to get Faith. Victor takes a call and says to go ahead as planned. After, Nick struggles as he watches Faith and Victor’s tearful goodbye. Nick hangs back to ask Victor to leave his grandchildren alone. Victor vows one day Nick will look back at this and regret every word he’s said.

In Lauren and Michael’s place, Scott and Phyllis start undressing as they drunkenly make-out and land on the sofa. Kevin walks into the apartment and yelps as they scramble to cover up. Phyllis says she’s sorry about Chloe and Scott walks her out. They joke about their romp. After, Kevin tells Scott he has to accept he’ll never see Chloe again, and asks what’s up with him and Phyllis. Scott blames the scotch. Kevin laughs that Michael and Phyllis had a thing once. Scott cringes a little and is glad to cheer him up.

At Crimson Lights, Jack and Sharon discuss the news that Chloe killed Adam. Sharon remarks that the two of them, and Chelsea, were the only ones to really get close to Adam. She also feels for Victor, but Jack thinks if he’s suffering, it’s karma. Phyllis enters as Jack opines that Victor hasn’t paid near enough for the crimes he’s committed. She agrees, takes a seat, and Jack informs her Sharon has a newfound sympathy for the Mustache. He wonders if it’s because he’s holding her daughter hostage at the ranch. Sharon thinks Victor and Faith are good for each other. Phyllis snarks to Jack that they need to get Sharon de-programmed. Sharon points out war with Victor didn’t go well. Phyllis says that’s no reason to give up. Jack looks intrigued. They agree it’s nice to be civil over sharing their hatred for Victor. Phyllis reveals Scott told her Victor plans to hand the reins at Newman over to Abby.

At The Underground, a man arrives saying he has a delivery for Reed Hellstrom. Victoria, Billy, Reed, Kendall, Zoey, and Nikki follow the man outside where there’s a new car with a giant red bow. Ecstatic, Reed reads the note – it’s from Grandpa! Nikki shakes her head in anger.

At the ranch, Victor sits alone, and cries.

Ashley says to a bearded man, “Oh we should definitely talk.” The man agrees. “Yeah. Over dinner tonight, at the new restaurant here?”

Victoria says, “It really kills me to do this and I’m sorry, Reed, but you can’t keep the car.”