Y&R Day Ahead Recap: Nick plans a set-up for Chloe

Monday April 3, 2017: Paul tells Nick what he needs to re-open the case, Sharon acts strangely around Chloe, and Juliet mulls her job offer at Brash & Sassy. 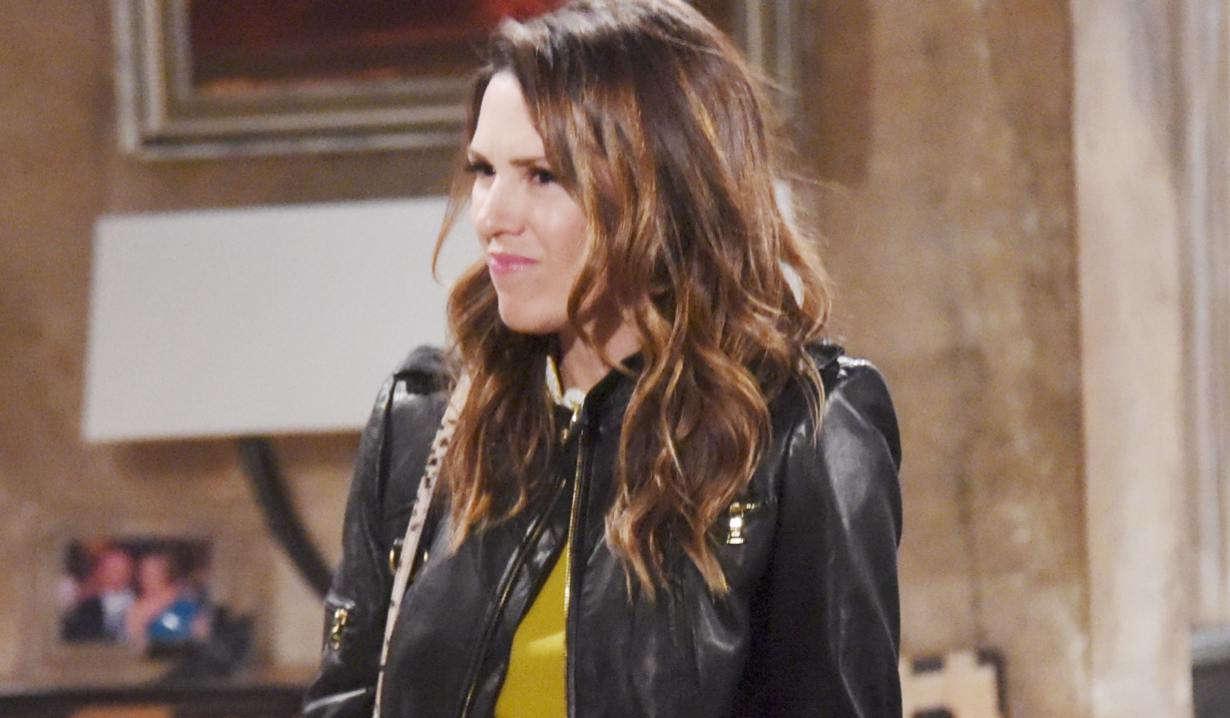 At the station, Paul agrees to hear Nick out, but warns it will take something solid to re-open the case. Nick elaborates on his theory that someone watched until Chelsea and Conner were clear of the cabin. They debate about the propane seal being sabotaged…perhaps with a wrench. Paul needs a motive and senses there’s something Nick’s not telling him; a name. “Who do you think did this?” Nick isn’t ready to divulge that yet, but it’s not Victor. Paul figures he’s worried about spooking the suspect into hiding. He needs evidence or a confession. Nick thanks him and goes.

At Crimson Lights, Michael demands to know if Kevin or Chloe brought up fast-tracking the wedding. Sharon cleans behind them. Kevin blows off his brother’s concern as Sharon interrupts to confirm that Kevin is planning to marry Chloe. She congratulates him with a hug but looks unsettled. Michael gets on planning a bachelor party and Kevin says he’ll handle Gloria. Once alone, Sharon leaves a message for Nick to call. After, Kevin and Michael return with rings. Sharon and Michael put the rings on so Kevin can photograph them to show Chloe. Sharon tells Kevin she hopes everything’s perfect, but looks ill at ease.

At the Chancellor mansion, Chloe updates her mother and Chelsea on her new wedding date. Esther is all over it, but Chelsea’s eyes bug out – the dress isn’t finished. “Why the rush all of the sudden?” Chloe chirps that she woke up not wanting to wait another minute, and goes on about Kevin adopting Bella. Chelsea vows to get the dress done and Chloe squeals happily. They tear up over Chelsea making a cute little dress for Bella. Chloe sniffs over Chelsea’s capacity for forgiveness, and they express their love for each other.

In the Brash & Sassy office, Cane assures Victoria they’d be lucky to have Juliet in any position…or capacity. Victoria’s pleased; she thought she’d sensed hesitation. After mulling over the budget, Vikki decides she can’t hire Juliet, but then moves some money around to make it possible.

At the Club, Lily informs Juliet that Cane ‘told her’. Juliet’s jaw drops. She clarifies that she didn’t force Cane to do anything. Lily assures her she’s not upset, and if she’s as good as Cane says she is, this won’t slow her down one bit. Juliet realizes Lily is talking about her not getting hired. Victoria calls and informs Juliet she has something else for her. Later, Chelsea runs into Nick and he’s taken aback to hear that Chloe’s moved her wedding up. Chelsea reveals she confronted her friend about the cell phone records and she believed her explanation. Nick bites his lip. He suggests they use The Underground for a bachelorette party. Chelsea’s tickled.

Juliet arrives at Brash & Sassy, where Victoria offers her the marketing job. Juliet digests the news that it’s in Genoa City and asks if she’d be working with Cane. “It’s not a deal-breaker at all.” After, Cane questions if Juliet would be happy here, and she realizes he doesn’t want her there. Cane admits it may be uncomfortable. Juliet says, “Not for me.” She may take the job, but not to cause trouble for him or Lily. “She’s really nice. I am too.” Later, Lily arrives after meeting with Victoria and tells Cane that Juliet will be working with her. Cane cautions she may not take the job. Vikki appears and says Juliet accepted…many times.

Chloe arrives at the coffeehouse where Sharon rambles her congratulations and notes it’s a little sudden. Chloe invites her to the wedding, but Sharon doesn’t think she can get away. She decides to ask Chloe why she said she was worried about blowing it with Kevin the other day. Chloe claims she always has self-doubt and hopes Sharon can be happy for her. Sharon says she wants to be. Chloe takes a call from Chelsea about the bachelorette party.

At the Club, Nick calls someone to meet him at The Underground.

Paul is going over Adam’s case when Kevin arrives asking for 14 days off for his wedding and honeymoon. Paul teases about the short notice before granting the request. Kevin reveals they’ll be off to Tahiti where no one can reach them, just like Chloe wants. Paul is happy for them.

Gloria, undoing Mariah’s top button, says, “This is going to be something a little less subtle. I need you to seduce my son tonight”

Chelsea, beside Chloe, tells Esther, “You are no longer our designated driver, and the second we exit that door, the party begins.”