Y&R Day Ahead Recap: Cane goes into panic mode as his situation worsens 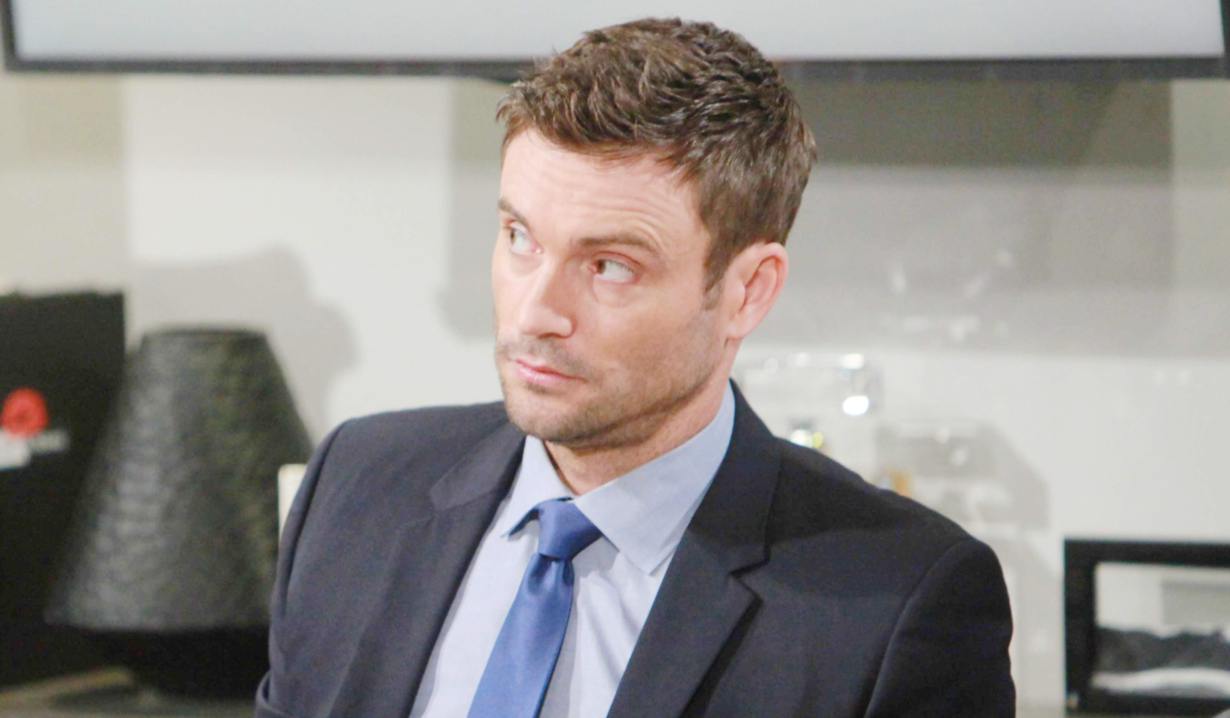 Victor arrives at Brash & Sassy and admires his brilliant businesswoman daughter at work. Victoria thanks him for pushing her to buy the company. Vic fills her in on Scott writing his biography. She’s appalled – Scott writes hard-hitting pieces and could dredge up unpleasant history. Victor’s not bothered and urges Victoria to be truthful when interviewed. Talk turns to going with gut instincts based on experience, and Victoria reveals that Abby accused her of sabotaging her start-up idea. She questions if her sister has their killer instinct. Vic chuckles.

At Sharon’s place, she explains to Nick that Dylan left no forwarding address. Frustrated, Nick shares that he had evidence leading him to believe Adam’s death wasn’t an accident. Sharon reveals that Dylan had concerns, particularly about the propane tank being tampered with, and Nick tells her he suspects Chloe.

Sharon is suitably taken aback and Nick explains Chloe was obsessed with getting revenge on Adam. Sharon recalls that Chloe was concerned about her past issues haunting her, and Nick shares what she said to Scott at The Underground. He wonders how she could live with this on her conscience. Sharon realizes he is about to say she must be crazy…like her. Nick concedes that he was wrong about Daniel after Cassie died, but he’s not wrong this time. Sharon urges him to go to Paul if he wants the truth.

In Chelsea’s studio, Chloe gives Kevin a preview of how she’ll greet her husband and declares that she wants to get married tomorrow. They go another round about rushing the wedding. Kevin stops a ranting Chloe to ask why she’s in such a hurry. Chloe turns on the doe eyes – she doesn’t want to wait any longer to be his wife and doesn’t need the bells and whistles. She kneels, holds out a red wire ring, and proposes. Kevin beams, and agrees to marry her tomorrow.

More: Hallmark’s Love at First Bark will air on Saturday

At the Club bar, Cane gasps that he had sex with Juliet in Tokyo. He flashes to them kissing and sleeping naked side-by-side. Cane gravely tells Juliet that he has never cheated on his wife. She writes it off to too much sake and not enough to eat, but Cane questions if it even happened. Juliet assures him she won’t go all “Fatal Attraction” and shrugs off his denial. Cane is sweating about being unfaithful when Lily appears. Juliet chats a moment before leaving. Lily senses Cane was anxious to get rid of her. He explains he just gave her bad news about not getting the job. Lily goes and Cane grimaces. He takes a call from Victoria, who reveals she will hire Juliet for marketing…in Genoa City.

Scott and Abby settle in Victor’s office at Newman, where he wants to grill her for her father’s book.

Abby gives careful answers designed to make Victor sound good, so Scott shuts off his recorder. Abby relaxes and shares a story about Victor taking her to meet the Queen as a child, but then complains about feeling like an outsider with both the Abbott and Newman families. Scott learns she plans to do her best at Newman and Victor arrives. He prompts Scott to contact Victoria as he leaves. Victor assures Abby she’s not in competition with Victoria and urges her to follow her gut instinct. Abby feels validated. Vic hints that Abby should date Scott and she humors him before stepping out to make a private call. “I’m moving ahead with my project.”

At Brash & Sassy, Cane is sweating bullets about Victoria’s plans to hire Juliet, but his boss is oblivious and feels she will fit right in. Cane argues the point and Vikki wonders about his change-of-heart; is there something she should know?

Sharon spots Dylan’s apron at the coffeehouse and tears up. Scott notices and sits her down. “What’s going on?” She enlightens him about her losses and he commiserates. Scott urges her to lean on the friends she does have and puts his arm around her, drawing her in close.

Nick arrives at the police station and asks an astonished Paul what it would take to re-open the investigation into how Adam died.

Juliet says to Lily, “I want to clarify, I didn’t force Cane to do anything.”

Chelsea asks Chloe, “You know your dress isn’t finished right? So why the hurry all of the sudden?”

Paul says to Nick, “There’s something you’re not telling me, and I think it’s a name. Who do you think did this?”

Listen: Who Will Take Home the Oscars for Best Director and Picture?