Y&R Day Ahead Recap: Victoria resorts to theft in battle with Jack 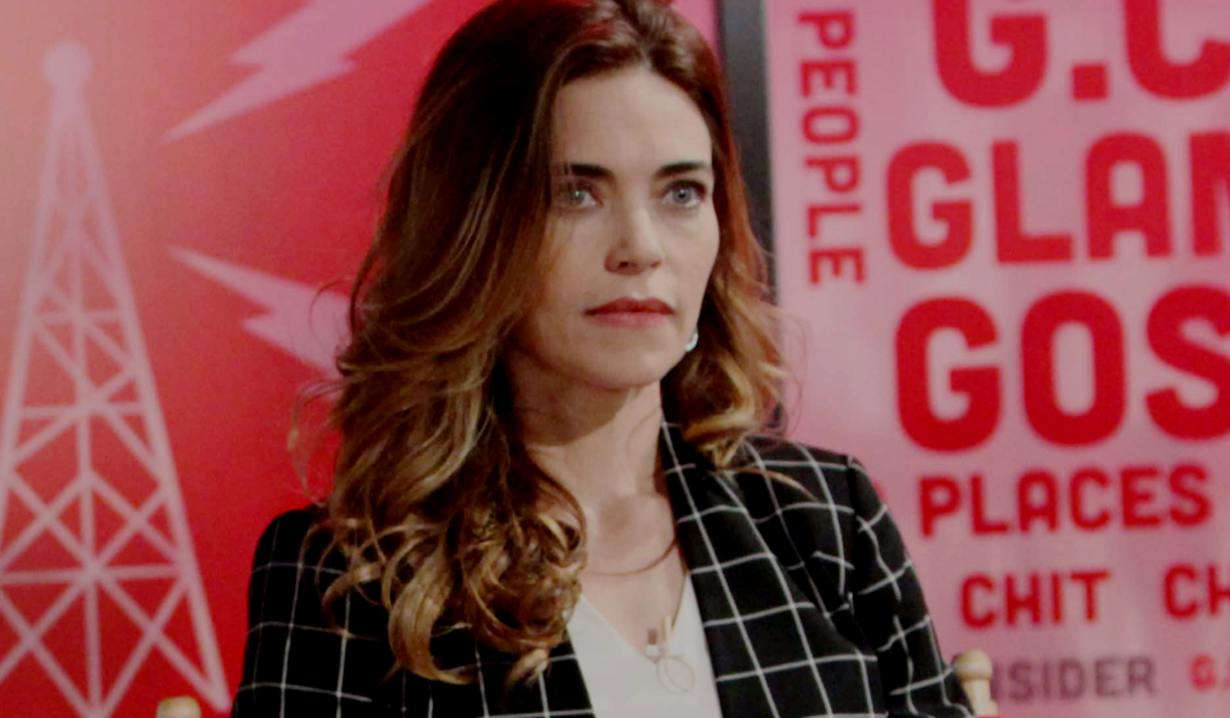 At Jabot, Ashley hisses at Jack that he doesn’t care about the company or family. Jack snaps that it’s still his name on the door. Ashley shouts about the risk of overextending themselves, and warns she won’t let him use the company to work out his personal grievances. Jack taunts her; will she have him removed? What about family unity? Ashley invites him to prove she’s wrong about his vendetta. Jack insists it’s a good deal and Billy going down is just an added benefit. Ashley threatens to take over, but Jack says he met with Traci and other directors to solidify his position.

In the Brash & Sassy lab, Victoria urges Billy to remove his personal feelings from the equation – they will outbid Jack and outmaneuver him. Billy’s impressed. Vikki gets on the phone and learns the pro hockey league is concerned about doing business with them since Jack enlightened them about Billy’s scandals. Billy’s apologetic. Vikki won’t give up. They work on a ‘sizzle reel’ to entice the pro hockey representative to get back on board.

On Jill’s doorstep, Colin protests that he doesn’t want to hurt her anymore and in a poorly rehearsed speech, acknowledges that they’ve passed the point of no return. He says Neil convinced him to set her free. Talk turns to Phillip’s ring. Jill admits it reminds her of what’s really important – love. Colin is taken aback when she opines that the arrival of Katherine’s letter was perfect timing and reveals she made her own bucket list. Colin is stunned to see ‘forgive Colin’ on the list, and rails about not wanting to give her another heart attack. Jill smiles that she’s always known exactly who he is, and accepted it, but his betrayal was devastating. She could have lived out her life in anger, but forgiving him is what’s best for her. Colin is glad she’s in a good place now that he’s going back to Australia. Jill surprises him by asking him to be her travel companion – she’s taken him off all her accounts so as to remove temptation. Colin, beaming, says it will be an honor, and will aspire to be like Phillip. They kiss.

At GC Buzz, Devon speaks to Hilary about the settlement. Hil repeats that she only wants the show – it’s her passion. Devon remarks on her mean-spirited gossip approach and steps away. Hil appeals to Mariah to help her convince Devon to give her the show, but Mariah isn’t keen on unemployment and refuses. Hil offers to give Mariah her own segments. She admits that Devon is worried she’ll run the show into the ground, and genuinely wants to make it a success. After, Mariah urges Devon to give Hilary the show and relays that Hil promised to keep her on. Devon scoffs. Mariah shrugs that they have a good thing going. She questions if Devon wants to be around Hilary – if not, give it to her. Victoria arrives looking for footage from her segment. On Mariah’s laptop, Victoria spies the file on the sexual harassment claim involving ‘Clarissa’ and Jabot. Mariah returns, but can’t show her the segment in question. Once alone, Victoria sticks in her flashdrive and steals it. Across the room, Devon asks a stunned Mariah to have dinner with him.

Related: Cordelia Abbott should not have been killed off Y&R

Hilary arrives at Jabot seeking advice from Jack, who’s sorry to hear of her divorce. Hil opens up about how difficult it’s been. Jack feels she has to focus on what’s next. Hilary becomes emotional explaining why she refused Devon’s money and asked for the show instead. She worries about failure. Jack soothes, “How can I help?” Hil enlists him to be her advisor. Jack urges her to fight dirty to get what she needs, and suggests she make a condition that Devon can’t be at GC Buzz.

At Top of the Tower, Ashley approaches Neil about returning to Jabot. She admits she hasn’t been happy with some of Jack’s decision. Neil worries she wants him to baby-sit Jack, but she reassures him. Neil thinks Ashley’s imagining a bloodless coup and is setting him up to go behind her brother’s back. He shares that Jack is trying to tank a business deal using their affair. “He wants payback.” Phyllis feels badly. Billy notes he’ll be paying for the rest of his life, and didn’t even get the girl. Phyllis remains silent. Billy announces he won’t take it from Jack and they speculate on his bizarre decision to hire Gloria. Billy talks about Jack using people to get what he wants. Phyllis warns him against doing anything he’ll regret.

Nick tells Chelsea, “I want you to have this money.”

Jack admits to Gloria that he’s using his animosity toward Billy to make business decisions.

Victoria reveals the footage of ‘Clarissa’ claims against Jabot to Billy.