Y&R Day Ahead Recap: Ashley and Jack clash over his cutthroat move

Wednesday March 15, 2017: Ravi needs to talk to Ashley, Jill seeks insight from Nikki, and Cane finds something surprising in his suitcase. 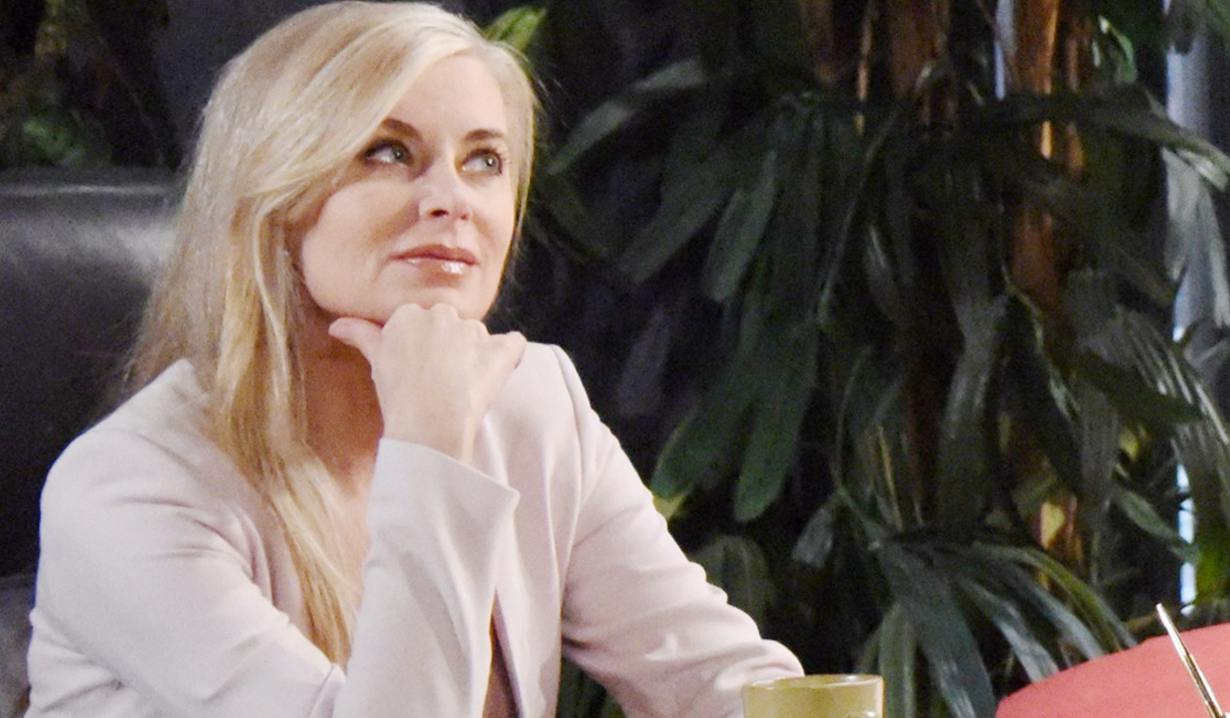 At Top of the Tower, Billy informs Ashley that the grapevine says there’s a power struggle going on at Jabot. Ash coolly admits she hasn’t agreed with Jack’s tactics. Talk turns to Cane making the deal with Mr. Sato. Ash wonders why Victoria didn’t send Billy. Billy insists Cane was the right choice for the job, and reveals he’s working on something of his own – moving Brash & Sassy’s line into the sports world. Ash is intrigued as her brother enthuses that Jabot won’t know what hit them when it launches.

At Brash & Sassy, Reed is irked with his mother for missing his performance for ‘urgent business’. Reed wonders curtly if it’s more important than anything her kid does. Victoria apologizes, but then tries to convince him not to hang out with Zoey. Reed snaps over her trying to control him. Billy arrives as Victoria tells Reed that Zoey is a ‘queen bee’. Billy advises Reed to be careful with the girl, and reminds Vikki that her son isn’t looking to get married. Reed leaves, and Billy reveals that he’s arranged a meeting to make their products the official line of the pro hockey league. Victoria sniffs about him not talking to her first. Billy argues it’s taking initiative and makes a compelling pitch. Vikki’s sold. “Run with it.” She smiles.

More: Julianne and Derek Hough on The Talk

Ravi finds Gloria in the CEO office when looking for Ashley. Gloria warns him to remember who the big boss is. Ravi exits and Jack appears. He chides his lover for not waking him up earlier. Glo mentions she’s taken some liberties. Jack peers over her shoulder at the laptop as she muses that Brash & Sassy has some weak areas. Jack says he’ll consider giving her more responsibility, but it doesn’t change things between them.

At Crimson Lights, Neil reassures Lily about the stalker and offers to have Leslie meet them at the courthouse. Relieved, Lily thanks him.

At Cane’s house, Colin is pleased to hear about his son’s successful trip, but informs him that Lily had a strange man sleeping on the couch. Cane assumes it was Jordan and shrugs that they’re old friends. Colin thinks he should be more concerned. Later, Lily and Neil arrive from the courthouse and fill them in on the stalker. Neil invites Colin to lunch. Once alone, Lily is happy Cane sealed the deal and got to celebrate. They talk about taking a couple days off together and Lily leaves. Cane finds a woman’s negligee in his luggage.

Related: Eric Braeden set to appear in Den of Thieves

At the Chancellor mansion, Jill is pleased when Esther admires Phillip’s ring. Nikki arrives and the trio discuss Jill’s heart attack; Nikki gets the lowdown on all the signs and symptoms and decides it’s a worthy cause. Jill shoos Esther out and updates Nikki on her ring, and Katherine keeping it from her. Nikki gets choked up seeing Katherine’s letter. Jill is irked that Katherine never confided in Nikki about the matter and pleads for some insight. Nikki thinks Katherine was afraid of losing Jill forever. She feels they both suffered, but in the end Katherine found happiness with Murphy…Jill should do the same. Jill asks, “With Colin?” Nikki thinks Katherine would advise her to examine her heart and decide if her life would be better with or without him in it.

On her way out of Top of the Tower, Ash runs into Ravi, who is anxious to talk. They rehash the night at the opera. Ravi becomes uncomfortable and dramatically reminds her there is a line they cannot ever cross – last night was an anomaly. Ash flashes to Nikki saying they make a cute couple, but agrees. Later, Colin and Neil eat steak and Neil grudgingly pays. Colin opens up that he’s desperate to be back with Jill, but everything’s blew up in his face. Neil counsels him to accept the things he cannot change. Colin can’t afford to return to Australia. Neil offers to float him a loan.

Ashley arrives at Jabot to find Jack complaining that Brash & Sassy is set to strike a deal with the pro hockey league. Ash admits she knew from Billy. Jack intends to cut them off at the knees. Arguing ensues as Jack reveals he’s fast-tracked the revival of their men’s line and Ash accuses him of seeking revenge on their brother. Jack is moving ahead with or without her support – he intends to destroy the competition.

At Brash & Sassy, Billy calls his connection and learns their meeting has been rescheduled because Jabot is also in the running. Vikki wants to beat Jack at his own game.

At home, Jill takes a call from Colin, who doesn’t want to hurt her anymore.