Wednesday February 1, 2017: Hilary surprises Mariah on air, Victoria makes things right with Reed, and Lauren is determined to sign the contract with Jack. 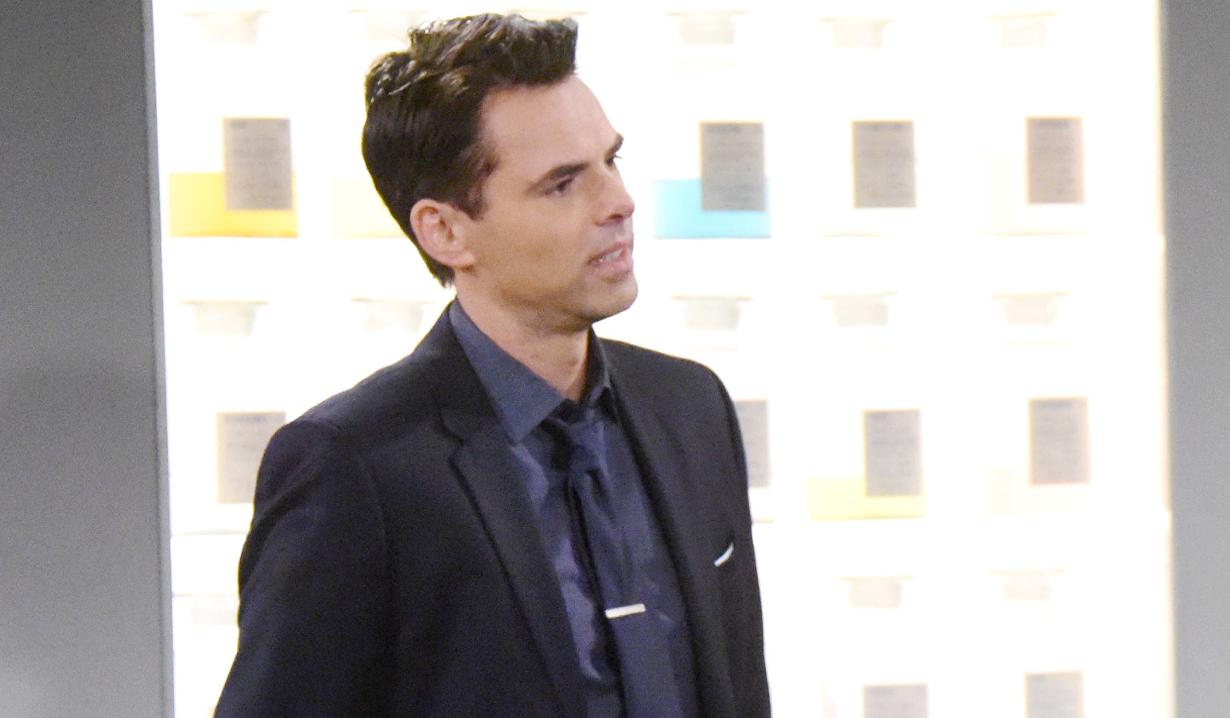 At Jabot, Jack rants to Phyllis that he had a run-in with Jill, who owns half of Fenmore’s and is now ready to blow-up his whole deal with Lauren. They speculate on whether Jill would take Lauren to court. Jack mutters that’s how she got half of Fenmore’s to begin with. Phyllis thinks she is the reason Jill wants to deep six the deal…because of the Billy thing. Jack is angry she brought that up. She apologizes. They rehash whether he wants Phyllis involved in this deal. Jack won’t let personal issues get in the way of profits.

In Lauren’s living room, she tells Jill that the deal with Jabot is happening so she should get over it. Jill protests. Lauren informs her she didn’t want Fenmore’s to become a subsidiary of Chancellor. Jill reminds her sister she owns half. Lauren counters that she can own 25% of a thriving company or nothing. Lauren rehashes Jill taking her to court in the past and having sex with Colin in her office. Jill presses her to sign a deal with Chancellor, but Lauren has no intention of it. They continue to argue. Lauren didn’t do this to hurt Jill; she did it to save the company and is going ahead no matter what.

Just in: Michael Muhney addresses rumors on why he left Y&R

Hilary arrives at GC Buzz as Devon signs off on paperwork with Roz. Devon informs Hilary that he freed up some money to implement some changes. He reminds her she’s still under contract and he expects her to abide by it. Hil is surprised he’s not firing her. Devon can work with her a few hours a week. He next informs her she’s getting a co-host and gestures to Mariah, who joins them. Devon tells them they bring different flavors to the show – Hil will cover gossip, and Mariah will cover feel good stories. Mariah will flag concerns, which Hil will be expected to address. Mariah shows her the first script – they agree on edits. They make nice and wish each other a good show. Hil is actually looking forward to it. Once alone, Hilary instructs Roz that there will be a new script…it’s a surprise welcome package for Mariah. During the segment, Roz tells Devon about the surprise clip. Devon is worried. The clip of Mariah falling plays and Hilary apologizes on air for tripping her.

At Brash & Sassy, Billy reveals the meme of her as a witch that Reed’s friends made. Victoria learns that Zoey, not Reed, made it, and goes off about buyers seeing it when it goes viral on the Internet. Billy tells her to snap out of it; this isn’t about her. He pleads Reed’s case, and Victoria realizes how hurt her son has been. Billy assures her it can be fixed. He reveals Reed may still be at Crimson Lights. Vikki asks Billy for a favor before leaving. Billy heads up to Jabot and runs into Jack. Billy says Phyllis works at Fenmore’s and warns Jack not to jerk her around. They continue to bicker. Billy reminds Jack that Phyllis cared enough to walk away, so he should be professional. Jack still blames Billy.

Lauren joins Phyllis at the Club and updates her on Jill’s attempt to derail the deal. She plans to move forward. Phyllis warns Jill isn’t the only complication Jack’s concerned about – she is the other. Lauren has no intention of letting this deal fall through. Later, Jack joins Lauren, who says she had a fire to put out. Jack muses, “Is that what we’re calling Jill these days?” Phyllis appears just as Lauren warns if his ex’s involvement is an issue, she’ll be the one having second thoughts. Jack pulls out the contract and Lauren signs.

At the Chancellor mansion, Jill complains to Colin about Lauren cutting her out of the loop with Fenmore’s. She thinks the new app will rake in the cash, but not half the profits will go to Jack Abbott. Colin urges her to go after them. Jill agrees, and Colin wants to know her plan. Jill says she’ll go behind Lauren’s back and make Jack an offer for his share of Fenmore’s, even if it takes an obscene amount of money. Colin worries that will take a lot of cash, and about how deep the rift might go. Jill decides to sleep on it. Colin breathes a sigh of relief.

Vikki finds Reed at the coffeehouse and he realizes she heard about the witch thing. She apologizes for embarrassing him. She won’t always agree with his choices, but will react better. To prove her sincerity she has tickets for him to Jack White’s pop-up show in Chicago that night. Reed invites his mother to join him.

Vikki tells Billy, “I need you to help me launch the latest weapon in our arsenal.”

Devon says to Neil, “That was the last thing I ever expected.” Neil asks, “Did that change things for you?”