Y&R Day Ahead Recap: Sharon and Nikki are devastated by Dylan’s decision

Friday January 27, 2017: Lauren receives a visit from an old flame, Jack cuts a deal, and Dylan says his goodbyes. 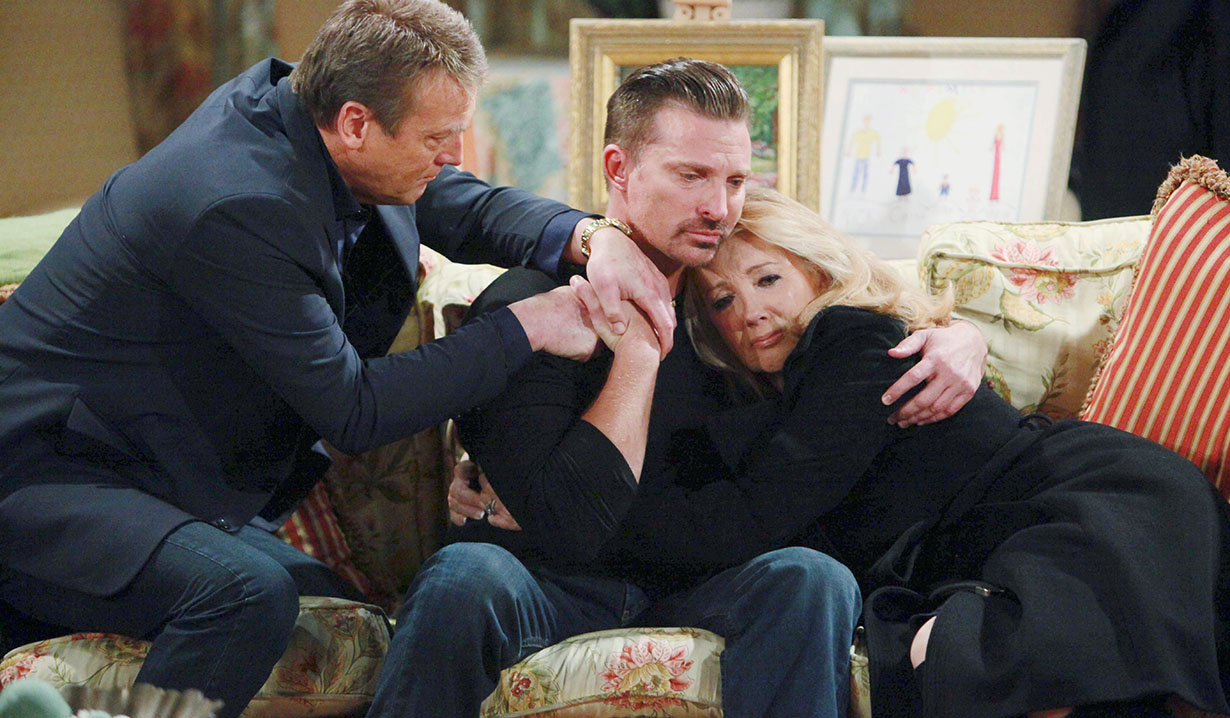 At Jabot, Ashley finds Jack with a contract for a Fenmore merger – he doesn’t think Lauren has another investor. Ash tells him to shred the contract and move on, but he reminds her when he wants something, he fights for it. They bicker. Ash thinks he should be focusing on their business and Jabot Go. Jack feels his sister will sing a different tune once Lauren signs on.

At Top of the Tower, Eric Forrester (John McCook) greets Lauren. They toast to dear friends and fond memories, and Lauren thanks him for flying out. Eric knows her company means to her as much as Forrester Creations means to him. He wonders what took her so long to call. They discuss Scott, who works too much, and Fen, who is at law school, as well as Eric’s new marriage. She remarks on his charm and they toast to what might have been. Lauren gets a text from Jack. “The moment of truth.” Eric assures her he can handle it.

In Sharon’s living room, she tells Dylan she wants to go away with him, but he reminds her of the kids. She thinks they’ll be okay for a while; they can come back once the bad guys are in prison. Paul arrives and embraces Dylan in relief. Arrangements are being made for Dylan to leave tonight. Dylan sends Sharon to get Nikki. Dylan describes his struggle with Fisk’s people; he shot Stan and Alex took off. He knows he must go off the grid, but wonders if there’s any chance of him one day coming home. Paul intones that they won’t stop looking for him and the only way for Sharon to go with him is to change her appearance and never speak to her children again. Dylan understands that once he walks out the door, Dylan McAvoy will be dead. Paul regrets putting him on this case. They talk about the time they’ve had together.

In the ranch living room, Victor and Nikki discuss him being closer to family. She wonders if he’s avoiding the office and asks if he’s decided what his next big thing will be. Vic will keep her posted. After, Sharon arrives and tells Nikki that Dylan needs to see her right away. Sharon stays on and speaks to Victor about Faith. He says his granddaughter can stay as long as she wants and notes Sharon’s agitated state.

Nikki arrives at Sharon’s house, where Paul looks on as Dylan tells her he is leaving again…for good. Nikki gets up to speed and becomes emotional. She wants Dylan to know how proud she is of the sacrifices he makes – he’s such a good man. “We haven’t had enough time.” Dylan chokes up telling her he’ll carry her love wherever he goes. They sob in each other’s arms. Later, Kevin arrives with Dylan’s new identity – he will go with him to help with the transition. Sharon returns and announces she’s going upstairs to pack a bag. Paul and Kevin wait outside as Dylan informs Sharon she can’t come, and Dylan McAvoy can no longer exist. Sharon absorbs that it’s the last time she’ll see him. He feels guilty. Sharon loves him. She says everyone leaves, her whole life, beginning with her father – Dylan was the one person who stayed even when she lied. Dylan will remember her until the day he dies. Sharon places his wedding band back on his finger and flashes to him proposing. They kiss deeply. Sharon watches Dylan walk away in the snow and doubles over in agonized tears.

At the ranch, Nikki fills Victor in on Dylan going into Witness Protection. He holds her as she sobs. Vic advises Dylan wouldn’t want her to fall apart.

Lauren enters Jack’s office and greets Ashley. Jack hands over his written proposal. Lauren won’t be signing it – she got a better offer. Eric enters. He hugs Ashley. Eric crows about the great potential for Fenmore’s to merge with Forrester Creations. Lauren informs Jack that unless he ups his bid considerably, her choice is clear. Eric says he’s prepared to let Lauren maintain control, which prompts Jack to beat it by accepting a 49% cut in the company and increasing his offer by 25%. Lauren asks him to draw up the new paperwork. Lauren warns Jack never to underestimate her again before leaving with Eric. Ashley mocks Jack and points out that it was always about his ego.

Back at Top of the Tower, Lauren and Eric congratulate themselves. Eric tells her if Jack gives her any trouble to call. She thanks him for helping to save her family business. Eric’s thrilled everything worked out.

Sharon says to Paul, “You want me to say that I’m the reason he left.” Nikki asks Paul, “Are you sure there isn’t some other way?”

Ashley asks Jack, “This isn’t about Fenmore’s? This is about Phyllis?” Jack replies, “In a word – yes.”

Nick DJs a party at The Underground where Phyllis and Lauren are in attendance. 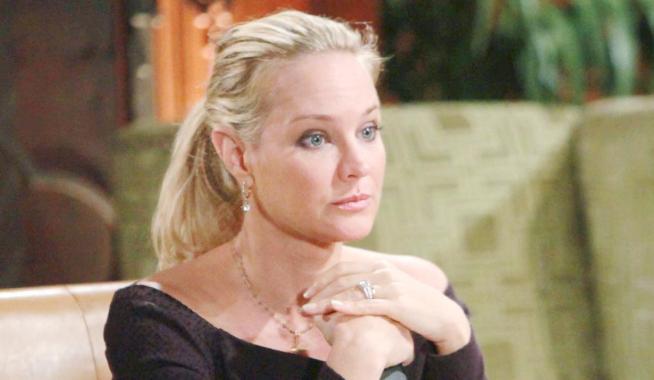 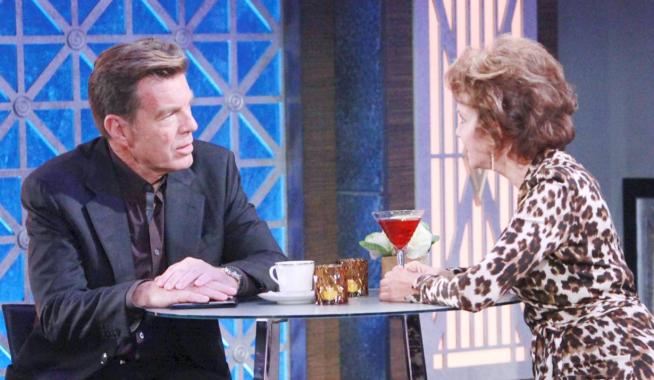