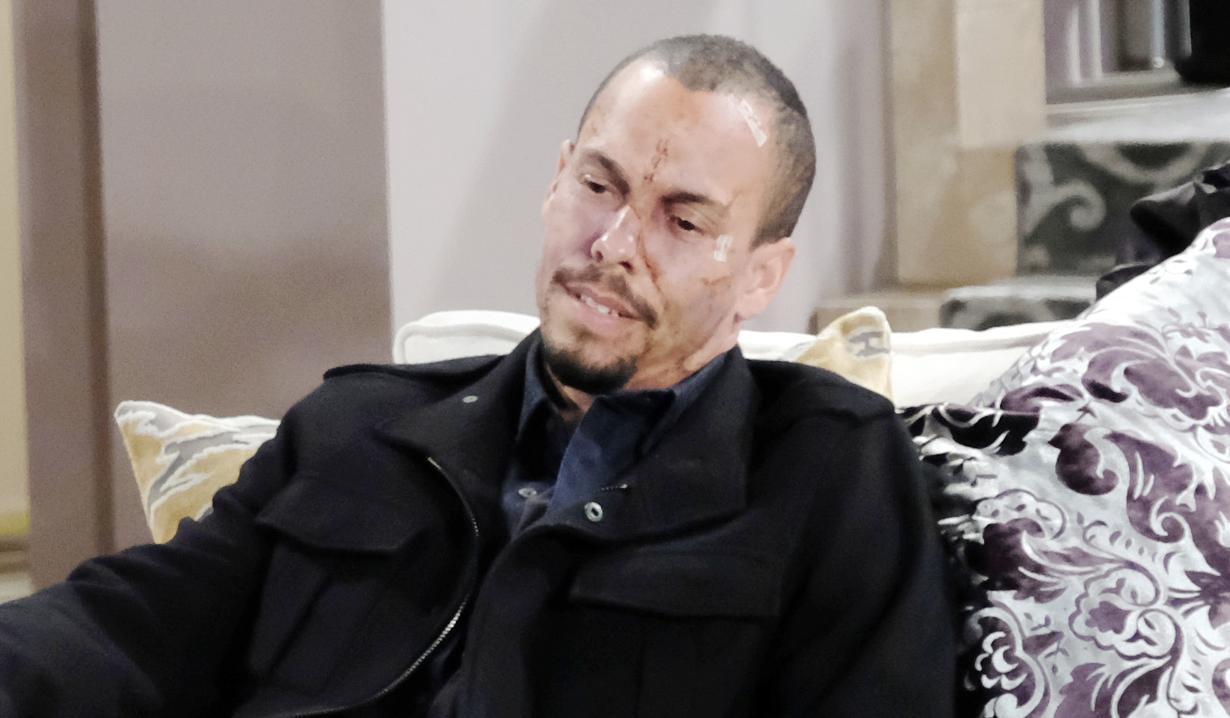 In the penthouse, Devon looks at photos of himself and Hilary on his phone. Neil arrives with takeout and wonders about him being alone. Devon blurts that he kicked Hilary out last night. He recaps how his memories came back, and complains that no one told him when he woke up. Neil realizes Devon’s in pain and takes care of him before explaining that the doctors warned them not to cause him stress. Lying to him was Neil loving him.

At the Club, Hilary tells Lily that Devon remembered everything. Lily is thrilled he knows the truth about his wife. Hilary insists this isn’t about her; it’s about Devon and that’s why she needs Lily’s help. Hilary thinks he’s in shock and sends Lily to check on him. Nearby, Phyllis asks Jack what he was doing with Gloria last night. Jack protests that it’s none of her business, but she argues it is if he’s going after Fenmore’s. Jack informs her he and Gloria were on a date. Glo appears and wonders how Phyllis let Jack get away – he’s a real tiger! Phyllis shakes her head. “Nope.” They continue the ruse, but Phyllis walks away. Gloria teases Jack and calls him ‘Babe’ before heading to yoga. Jack spots Hilary, who dejectedly fills him in on what happened with Devon. She was going to tell Devon the truth but he stopped her, and she didn’t want to lose him. Jack thinks they may still survive. Hilary feels she’s lost everything.

At Top of the Tower, Lauren is dismayed when Craig informs her he won’t be making the deal. She questions him, and learns he was offered another investment opportunity from a competitor. Later, Phyllis stomps in complaining about Jack and Gloria, who were all over each other like a rash. Lauren wonders why she’s so upset. Phyllis isn’t jealous, just sad for Jack. Lauren reveals that Craig passed on investing; now Jack is the only viable option. Phyllis supports whatever Lauren has to do.

More: Deconstructing Y&R! From the classic to the comic to the cheesy…anything goes

In the station, Kevin, Christine and Paul haven’t heard from Dylan for over 12 hours since he was due to meet Fisk. They are gravely concerned. Kevin reveals an audio file came in from Dylan. They listen to Fisk telling his henchman to take ‘Derek’ to Pier 19, and realize it’s from the night before. Paul orders Kevin to contact all the authorities necessary to get Dylan out of there. He arranges for the locals to follow Dylan’s cellphone signal. Chris fears he’s put him in more danger and is undermining the case. They argue. Paul gets a call that Dylan wasn’t found at the warehouse location and there were bullet casings and blood. “Oh God, Chris.” They embrace. Paul decides he’s heading to Miami. A call comes in from the secure line, but no one speaks. Paul orders Kevin to trace it; he’s going to find his son.

Lily arrives at Devon’s place, where Devon asks her not to say, “I told you so.” Lily and Neil know he’s hurting. Devon shares that they were going to have a baby. He reflects back on his relationship with Hilary, who puts her own self-interest above everyone else’s. Devon doesn’t like who he is with Hilary; it has to end. Lily thinks he’s doing the right thing, but Neil’s not so sure – he should give it some time. Later, Devon is thinking about his wedding to Hilary when she shows up at the door. Hilary tells him there’s no excuse for what she did, and she won’t fight him on the divorce. “I love you, Devon. Enough to let you go.”

More: Best Y&R Snooze-worthy vs Pass the Popcorn Moments of 2016

At Jabot, Lauren and Phyllis run into Craig, who reveals his irresistible venture was with Jack. The ladies storm into Jack’s office, and Lauren rants to him about sabotaging her attempts at getting investors so he’d be her only option – despicable! Phyllis accuses him of wanting to take over Fenmore’s. Jack insists he’s seeking a collaboration, and says he’ll allow Phyllis to stay on if she can deliver. Lauren invites him to put it in writing; she still doesn’t trust him, and will do what’s best for her company.

At the Top of the Tower, Neil tells Lily he cautioned Devon because ending that marriage isn’t so easy – if he ends it now he’ll have doubts, which will send him back to Hilary.

Lily says to Cane, “I’m getting the feeling you’re not happy about me modeling here.”

Chelsea tells Hilary, “Couples have trouble all the time, I’m sure it can be fixed.” Hilary replies, “Not this time; the scars are permanent.”

Victoria, with Billy, walks in on Reed kissing a girl (Zoey, played by Annalisa Cochrane) on the sofa. “Reed! What is going on?” 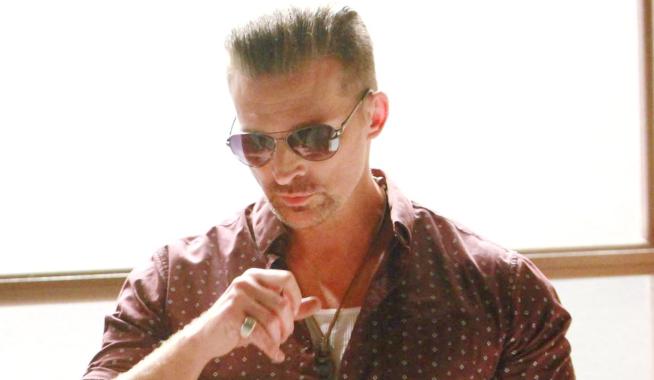 The Young and the Restless is pre-empted today 01/20 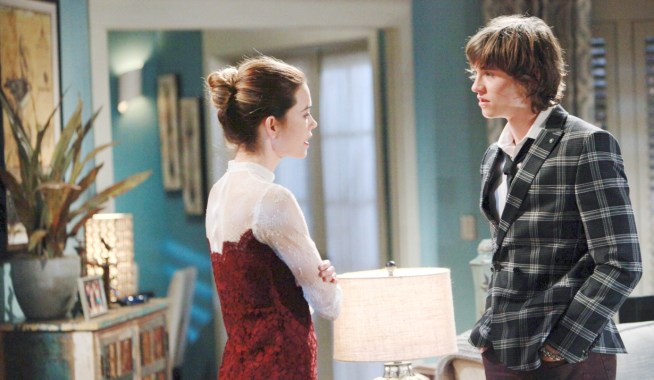