Y&R Day Ahead Recap: Everything changes as Devon’s memories flood back 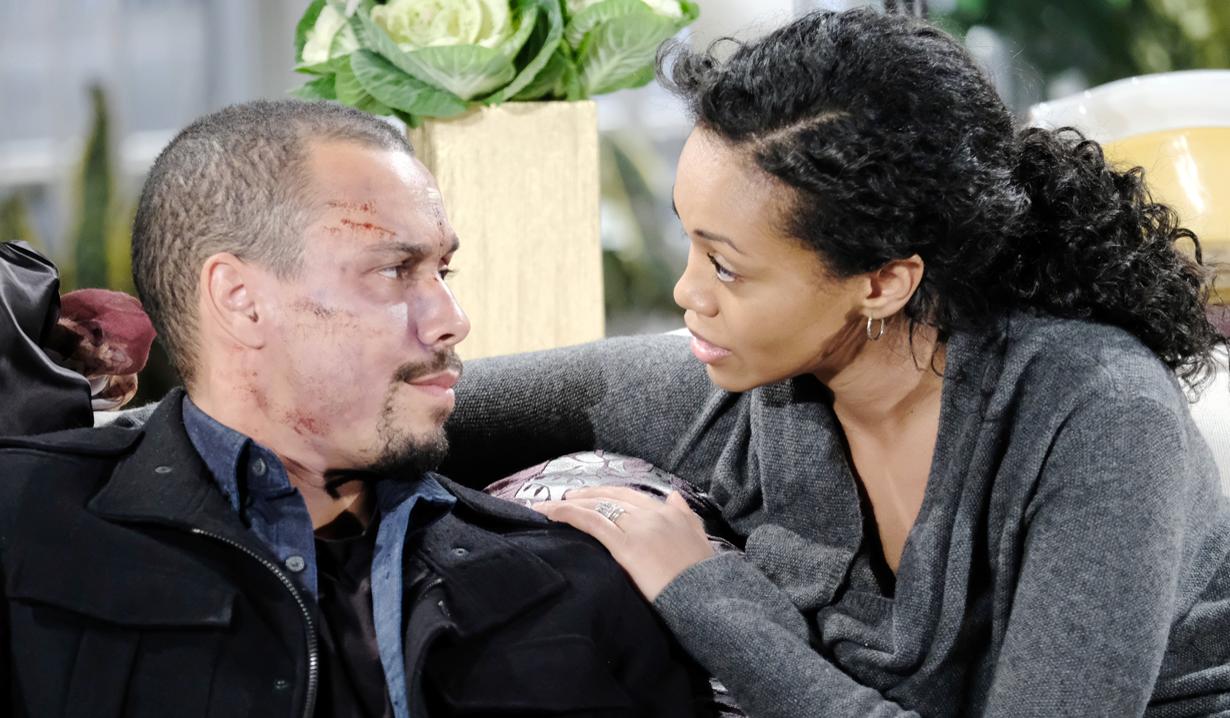 At GC Buzz, Devon seems puzzled when Mariah talks about feeling guilty after using the teleprompter to get revenge on Hilary; it wasn’t cool to trick her into a public confession about tripping her. Devon’s memories flood back. Mariah is relieved that everything is okay. Hilary appears to take Devon home to rest. The ladies mention making up and Devon agrees to go home.

Jack arrives at Jabot, where Ashley rants at him that going after Fenmore’s provoked Phyllis, who isn’t done going after their company. She reveals Phyllis tried to poach Ravi. When Ravi arrives, he assumes he’s fired, but Jack asks him to join them for lunch.

In Paul’s office, he and Kevin go over Sharon’s call to Dylan. Paul heads out to make sure there’s not a next time. Michael stops by, and Kevin grumbles about Gloria staying at his place. Michael is grinning when Phyllis arrives and pulls him aside to advise her about Ravi. Michael says if he’s not under contract to Jabot, Ashley can only be indignant. She’s relieved she can’t be sued. Michael thanks her for helping Lauren. She hopes his friend Craig comes through. He warns her about Gloria, who was sniffing around Craig.

More: Soap alum James Van Der Beek stars in What Did Diplo Do?

At home, Sharon gazes at Dylan’s wedding band and recalls their goodbye. Paul arrives. He confronts her about risking Dylan’s safety; risking everything by calling him just to hear his voice. Sharon wonders how Paul knows Dylan’s safe. Paul sighs – they spoke to him, which is how they knew she called. Sharon believes Dylan had a feeling he wouldn’t be coming home. Paul reassures her. They bond over being loved by someone who forgives you. Sharon thinks Dylan took the case because of Sully. Paul insists Dylan will come home. Sharon asks if he wants Dylan’s badge. Paul says she’ll give it to him when he gets back. Later, Sharon is looking at a photo of Dylan when Mariah arrives. Sharon confesses she might have put Dylan in danger. Mariah reassures her.

In Miami, Fisk has his captive dragged out of the room by his henchman. A shot rings out as Dylan shakes Fisk’s hand. They spar verbally over whether Fisk will reveal ‘details’ about what Dylan’s boss would be getting. Dylan threatens to walk out. Fisk isn’t convinced he can trust him. Alex mentions his boss is a ‘she’, which makes Fisk even more suspicious – Parcels definitely isn’t a woman. Dylan explains it away and again asks where he can expect the shipment. Alex counts the money and says there is more than the requested amount. Dylan wants to get to the pier and finish the deal. Fisk orders his man to take ‘Derek’ to Pier 13; the product is on the Esmerelda. Once in the car, Dylan realizes they are headed inland…and he’s locked in the backseat.

At Top of The Tower, Jack and Ashley offer Ravi a contract. Jack gets a call from Gloria, who then arrives in the elevator to meet him. Glo fills Jack in on Craig Steele. Across the room, Ash tells Ravi that Gloria is a black hole of chaos and destruction. She chokes when he assumes she’s another of Jack’s ex-wives. Ashley asks for Ravi’s personal details. He reveals he has great, accomplished parents and he just wants to do great things for Ashley…and Jabot. She tells him he’s sweet. Meanwhile, Gloria tells Jack she’s set her sights on Craig as a husband. Phyllis appears as Jack thanks Glo for the information and says he’ll handle things from there.

At the penthouse, Hilary notes Devon was quiet on the way home. He takes a stiff drink as she touches him and talks about starting a family. Devon blurts that he remembers New Year’s Eve; he knows what happened. Hilary presumes Mariah filled his head with lies, but he reiterates he remembered everything. He confronts her about keeping him in the dark. She says Stitch told them it was too soon. Devon rants about her tripping Mariah like a middle-school girl. Hilary reminds him how he felt when he awoke, and asks what’s really changed. He replies, “Everything.” Hilary wants to save their marriage, but Devon declares it’s been a mistake from day one. He marvels at how guilty he felt for crashing and putting her through hell, and smashes his glass. Hil pleads with him to start fresh and focus on their future. He says they don’t have one; she’s toxic. Devon orders her to get out. “We’re finished!”

Paul returns to the station and tells Kevin he reassured Sharon. Kevin believes Dylan will be home soon.

Y&R is pre-empted for the 2017 Presidential Inauguration