Y&R Day Ahead Recap: Mariah’s move could change everything for Devon 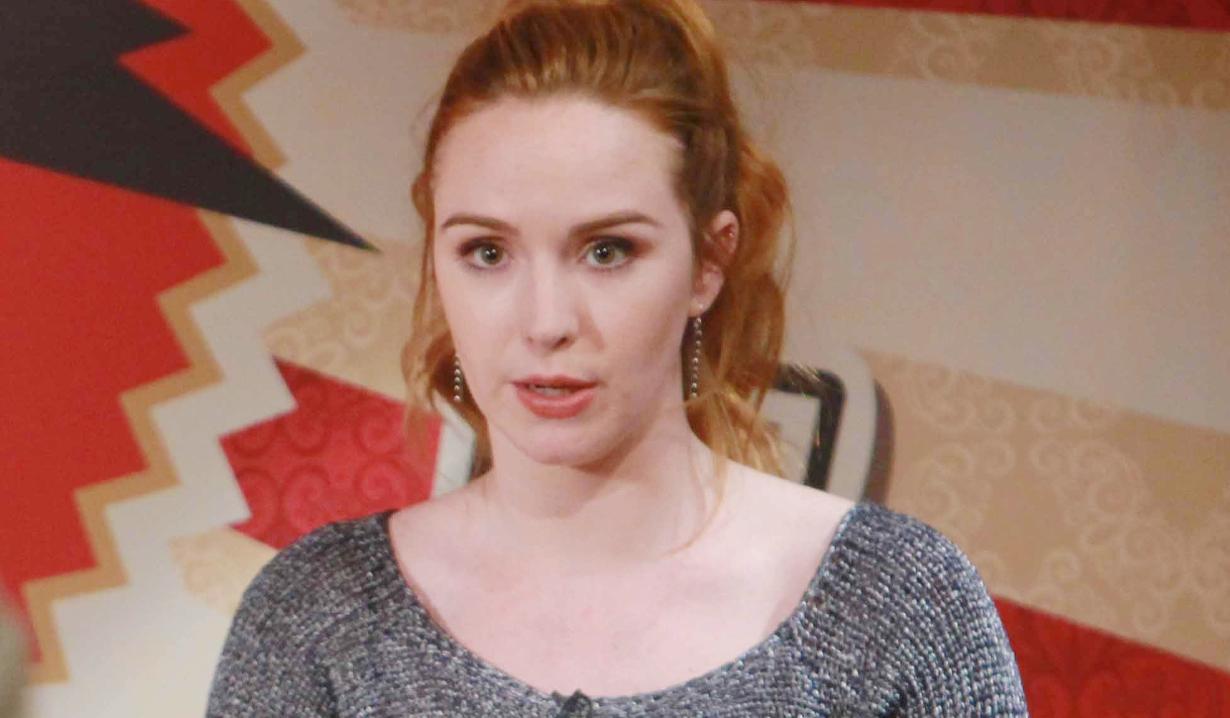 At the station, Kevin relays to Paul that there’s no word from Dylan yet. Talk turns to Sharon. Kevin reveals she came by there asking questions last night.

In Miami, Alex and ‘Derek’ discuss their hot hook-up last night. He promises her more but wants to meet her boss. She leaves to set it up. Once alone, Dylan calls in to Paul, who realizes Dylan is stressed. Dylan says he is a different person. He reveals that Christine called last night and it delayed his meeting with Fisk. Paul asks him to be safe and assures him Sharon is fine – she loves him and trusts him. After the call, Dylan feels guilty about having sex with Alex until she returns and says it’s time to meet Fisk.

Paul disconnects from Dylan in his office and tells Kevin that Christine apparently called his son last night. Soon, Paul learns it wasn’t Chris who called Dylan. Kevin realizes it must have been Sharon. Paul goes ballistic that Dylan’s cover may have been blown. They may have put his life in danger!

At Jabot, Ashley finds Ravi missing from his office and spies a sticky note indicating he’s at lunch with Phyllis.

In The Top of the Tower, Phyllis flatters Ravi and plies him with wine. He’s impressed with her Fenmore’s platform. She wants his help, but he reminds her he works at Jabot. Phyllis is fine with that, but also wants him to work for her – she offers an ergonomic desk and presumes they have a deal. Ravi asks if this is one of those restaurants that spin. Phyllis says no, but she will take him to one after they strike a deal. He thanks her as Ashley storms up and accuses Phyllis of poaching. Ravi cringes as the women square off. Things take a personal turn when Jack’s name is brought into it. Ash walks out. Ravi tells Phyllis he should go. She says, “You know where to find me.”

In the Club dining room, Gloria is certain Lauren and Michael are enjoying a new spiritual balance since Lauren told her husband the truth. They inform Gloria it’s none of her business. After, Lauren feels bad again about not telling him the truth right away. Michael assures her they’ll solve the problem as a team. He reveals that his old friend, a man named Craig, may save Fenmore’s. Lauren is taken aback. The dashing Craig Steele (Kristian Kordula) arrives, and Lauren tells him she’s seeking a silent partner. He agrees to invest. Michael walks his thrilled wife to the door. After, Craig spots Gloria. She joins him and learns he’s investing in Fenmore’s. Michael approaches when he sees Gloria and Craig exchanging numbers. Once alone, Michael reminds Glo she never liked Craig and deletes his number from her phone so she can’t jeopardize the deal.

At the penthouse, Devon announces to Hilary that everything is clear to him suddenly. He’s made a decision. Hil wonders if it involves her. Devon replies, “You’re damn right it involves you.” After a lot of talk about blessings, Devon reveals he wants to have a baby. Later, Stitch makes a house call, and Devon asks how soon they can try to get pregnant. Stitch laughs and tells him to just keep the sex simple. He asks if they both have baby fever. Devon says she’s more excited than he is.

Hilary arrives at GC Buzz, where Mariah tells her the fans are going nuts without the show and asks after Devon. She assumes Hilary is firing her, but she thanks her instead for how she handled the announcement about Devon’s accident. Mariah’s surprised she doesn’t blame her for the accident anymore. Hilary says neither of them is to blame. Mariah asks if they talked about what happened at the benefit. Hil tells her they hashed it out and are now planning to start a family. She hopes Mariah will stay on at GC Buzz, but reminds her it’s still her show. After, Hilary informs Mariah they need a list of fabulous pitches for the new show. Mariah’s submitted ideas won’t cut it. Hil leaves for hair and make-up, and Devon appears. Mariah apologizes for any part she played in what happened the night of his accident.

At Jabot, Ashley packs up Ravi’s things but he protests that he doesn’t want to leave. He reveals that her opinion of him matters even more than the job. Ash relents. Ravi wants to know he’s forgiven.

In The Top of the Tower, Phyllis updates Lauren on Ashley crashing her meeting with Ravi. They toast to fighting to the end. Lauren reveals they found an investor.

In a warehouse, Alex brings Dylan to meet Fisk, who has a man gagged and beaten. Fisk tells Dylan he’s sure their arrangement will be more harmonious.

Devon says to Hilary, “I remember. New Year’s Eve. I know what happened.”

Paul tells Kevin, “If he thinks Sharon can’t cope with this, he’s not going to be able to focus on this job.”

Dylan says to Fisk, “I’ve proven you can trust me.” Fisk replies, “Well, Alex may think so, but I’m not convinced.”

Y&R Day Ahead Recap: Everything...