Y&R Day Ahead Recap: Sharon confides her fears to someone unexpected 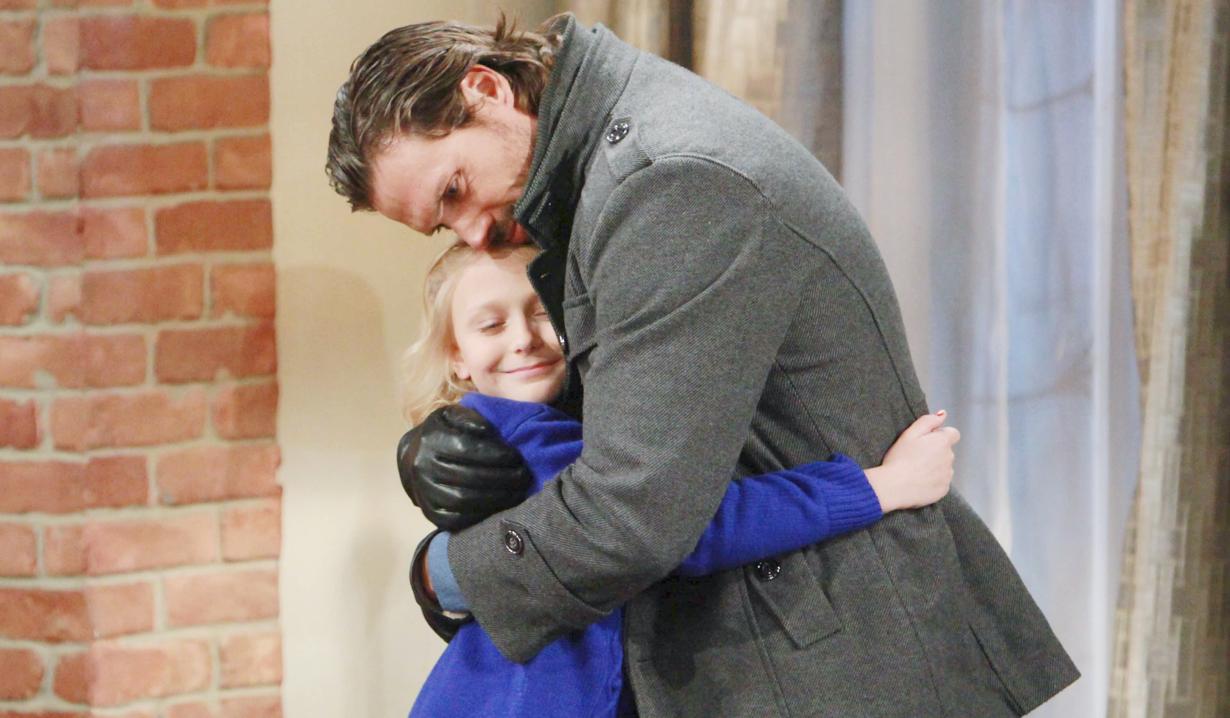 At Crimson Lights, Nick tells Faith about the new nanny he hired. She’s glad he’ll have more time to spend with her now. Sharon appears. Faith asks if there’s news about Dylan. Sharon tries to deflect, but Nick notes Faith will never let it go. Sharon says he’s on assignment and insists there’s nothing to worry about. Faith announces she started a chess club at school. Her parents are proud. Sharon recalls that Nick taught her how to play. Faith is happy they’re having fun.

In Miami, Alex and Dylan arrive in ‘Derek’s’ room. They’re about to have more drinks when she pulls him into a kiss. He throws her onto the bed, but she pushes him off and grabs her cocaine. “Are you ready to take this party to heaven?” Dylan accuses her of stalling and then call room service for some filet. Alex talks about protecting her boss and demands to know who he is, and who he’s working for. She locates a bug and stomps it into the carpet. He pretends to be relieved that she found it and locates another one. He claims she’s not the only one with a suspicious boss. Dylan shows her a case of cash – he doesn’t want to wait to meet Fisk. Alex sets it up. It will be at a place of Fisk’s choosing; Dylan will have to trust her.

Lauren and Phyllis enter The Underground as they discuss the potential investor’s sudden shift – she can’t understand it, and wonders why he’s late to meet them. Lauren feels she’s being sabotaged. Phyllis gives her a pep talk. Hochman finally shows up and he compliments Phyllis’ online strategy. The investor mentions poor customer relations and Lauren defends Fenmore’s. The man wants controlling interest. Lauren quickly sends him packing. Phyllis wonders if they should reconsider Jack’s offer. Lauren says he’d take over. Phyllis has another idea.

In the Club, Gloria lunches with Michael, who touts the benefits of making the GCAC her home base. Glo muses that the sauna was invigorating, but she wants to go home with him and Lauren. She fishes, and learns Lauren’s meeting with the investor didn’t go as well as hoped. Jack appears and asks to join them. After making small talk, Jack asks how Lauren’s search for investors is going. Michael is sure she’ll find the right fit for Fenmore’s. Michael steps away, and Jack comments on Gloria’s nervous demeanor. Glo tells him about Hochman. Michael returns briefly, and then Gloria informs Jack she’ll be expecting him to deliver.

At Jabot, Ashley finds Ravi trying to assemble ergonomic office furniture. She says they have staff for that; he should focus on Jabot Go. “Step away from the drill.” After, Ash meets with Jack, who relays Gloria intervened with Lauren’s potential investor to clear the way for them. Ash wonders why he’s not more focused on Jabot Go – because it wasn’t his idea? Jack shows her an ad she’s pleased with, but urges him to give Ravi his due. She warns Victor could hire him away. Ravi is called in. Jack offers him whatever he needs for work – markers, or a stand-up desk. Ravi says there is one thing. Later, Ashley thanks Jack for giving Ravi credit. Jack smugly says he’s not going anywhere. In his office, Ravi wears new headphones at his stand-up desk. He doesn’t hear his cellphone ringing.

At The Underground, Phyllis, on her phone, says to Lauren, “Voicemail.” She then leaves Ravi a message saying she has an idea to run by him. “Give me a call.”

At the station, Paul, Christine, and Kevin discuss Dylan not having called in. Kevin worries he’s in serious trouble, but Chris feels he’s silent because he’s still in play. After, Paul tells Chris that Sharon was right; this is all on him. Chris reassures him. They embrace. At Kevin’s desk, Michael corners him about Gloria. Kevin complains about their run-in with her in the sauna. Michael says he’s done his time. “Tag, you’re it.” He forces Kevin to call and invite Gloria to stay with him for ‘several’ nights. She accepts. Kevin frets over how to tell Chloe. Paul emerges from his office. Kevin reports no activity with Dylan.

At Sharon’s, Nick asks her to tell him what’s going on with Dylan. She admits she’s very afraid – he could be in terrible danger. Nick holds Sharon and reassures her that Dylan is tough and will walk through the door sooner than she thinks.

Jill asks, “What did I do?” Victoria replies, “Butted in where my son is concerned. I don’t appreciate that! Please don’t do it ever again.”

Reed says to Billy, “There’s also something else I want to talk to you about, but you have to promise not to tell my mom.”