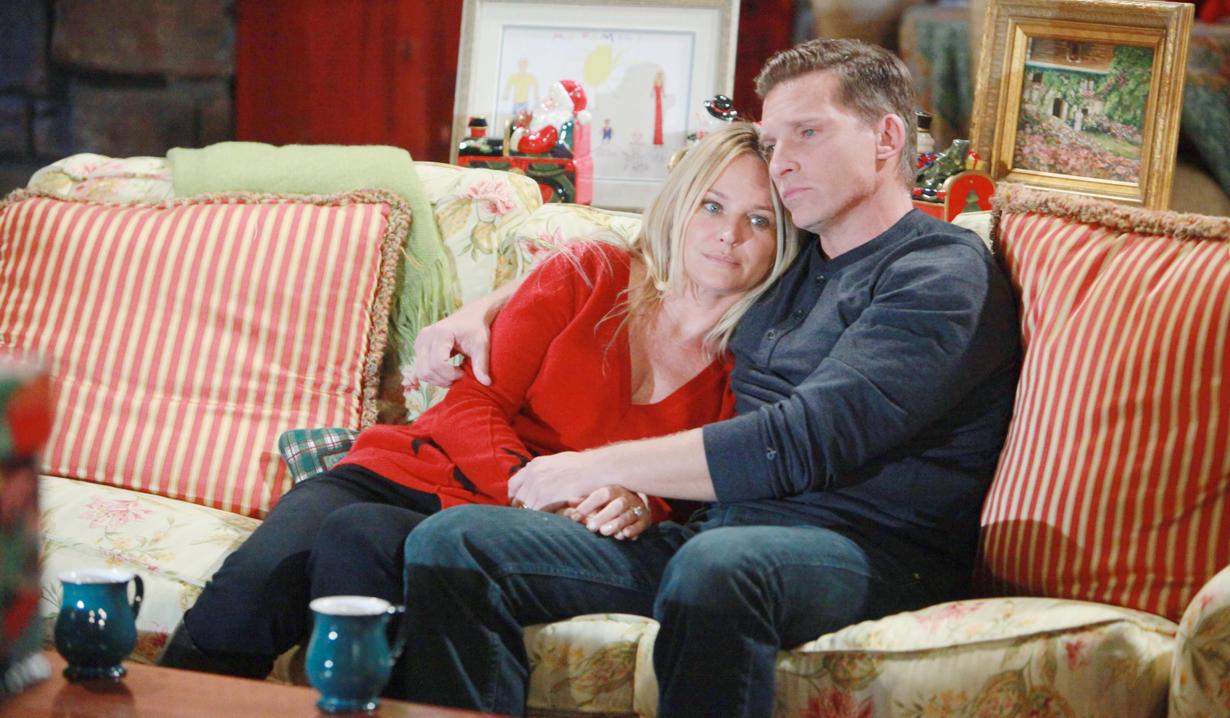 Nick and Chelsea walk through the park with Connor and Christian. Chelsea will come to the ranch later. Nick worries about things being a mess with Faith. Chelsea reassures him.

At the ranch, Faith shows Victor she’s tracking Santa on her tablet. Across the room, Nikki’s on the phone telling Paul that Dylan will listen to him. She wants to spend Christmas Eve with both her sons. Noah arrives with Abby and they get an update on Santa’s location from Faith. When she moves away, the adults whisper about her deciding to live there and Victor makes another unsuccessful attempt to lure Noah back to Newman. After, Noah tells Abby he won’t go back to Newman, he’s enjoying helping Nick out at The Underground. Nick and Chelsea arrive with the boys. Nikki muses about spending time with the people they love. Nick says if that means Dylan’s coming, she should have warned him.

In Sharon’s living room, she puts away Faith and Sully’s stockings. Dylan reminds her Noah and Mariah will still be there. Sharon feels it’s not the same without little kids in the house. Paul arrives and talks to them about putting their differences aside and going up to the main house. Dylan informs him it’s not happening. Later, Mariah arrives with gifts for them. Awkwardness ensues when Mariah’s gift for Christian falls out. She hugs Sharon and heads out to see the kids. Sharon brings up Sully to Dylan and has a confession to make – she kept a photo of him. Dylan did too. They embrace.

More: Christmas past, present and yet to come for Y&R’s Sharon Newman McAvoy Jill encounters Billy drinking and snacking in the Chancellor living room and barks at him to stop wallowing. “You belong with your family, you belong with your kids.” Billy chews about hoping for a Christmas miracle and tells her that Victoria is pulling away. Jill suggests he make a grand romantic gesture; they belong together. Billy explains their relationship is complicated and he’s content to be friends. The Christmas miracle he was hoping for is Jill to stop interfering. She gives her word that she’ll let them figure it out on their own.

At Devon’s penthouse, he’s irked with Lily, who insists she spoke to Hilary’s agent – there were no job offers; her allegations are true. “You should talk to your wife.” Later, everyone leaves and Hilary enthuses about how much fun it was to have the family there. As she goes on about hosting parties for the elite of Genoa City, Devon hollers at her to stop it. He confronts her about the made-up job offers. Hil wants to know who told him. Devon counters it doesn’t matter – he gave her everything she wanted; why did she lie to him? “I trusted you.” Hil snaps that he’s never trusted her. She complains that he holds the purse strings and manages her. Devon asks how she can expect him to support her when she lies. Hilary feels the trust issues stem from their relationship being built from an affair. She assures him of her love. Devon sees it, but lying’s not the answer. They embrace.

Victoria and her kids join the group at the ranch. The flustered Victoria asks for a double martini. Victor gathers the kids to read A Christmas Story. Nikki, Victoria, and Nick chat about how kids can be overwhelming. Nick points out Vikki can count on Billy. As Victor reads, Paul arrives. Nikki learns Dylan’s not coming despite his best efforts. After, Victor comforts Nikki, who says it’s just as well, there would have been tension. Victor knows what it is to miss someone, and mentions Adam. Chelsea decides it’s time to leave. Victor stops her. “I miss him too.” Mariah comes in with her gifts for Faith and Christian. Faith notices there’s no star on the tree. Victor flashes to lifting Nick up to place the star on top years ago. Nick lifts Faith up to do the honors. Nikki and Nick talk about being blessed. She gives him an ornament with Christian’s name on it for the tree.

Billy and Jill arrive at the park café, where Lily, Cane, Neil and the twins are hanging out. Billy hangs back as Jill greets them. Cane walks over to wish Billy a Merry Christmas. Lily and Neil notice Hilary and Devon appear. Victoria passes through with the kids, who run over to Billy. Chelsea, Noah, Mariah, Paul, and Abby arrive in time to hear a caroler (Aileen Quinn) sing O Christmas Tree.

Related: Find out if Y&R and other soaps are airing during the holidays

Sharon and Dylan are stunned to see Nick arrive at their door with Christian for a Christmas visit. Sharon tears up as Dylan holds the boy.

Nikki tells Sharon, “Nicholas made a beautiful gesture. One that I’m sure will help him and his brother get closer together.”

Nick says to Dylan, “That was a one shot deal. I don’t want you to think that was an invitation to change the rules.”