Thursday December 8, 2016: Traci and Ashley hope for a Christmas miracle, Victoria turns down Billy’s offer, and Michael surprises his wife on the eve of their anniversary. 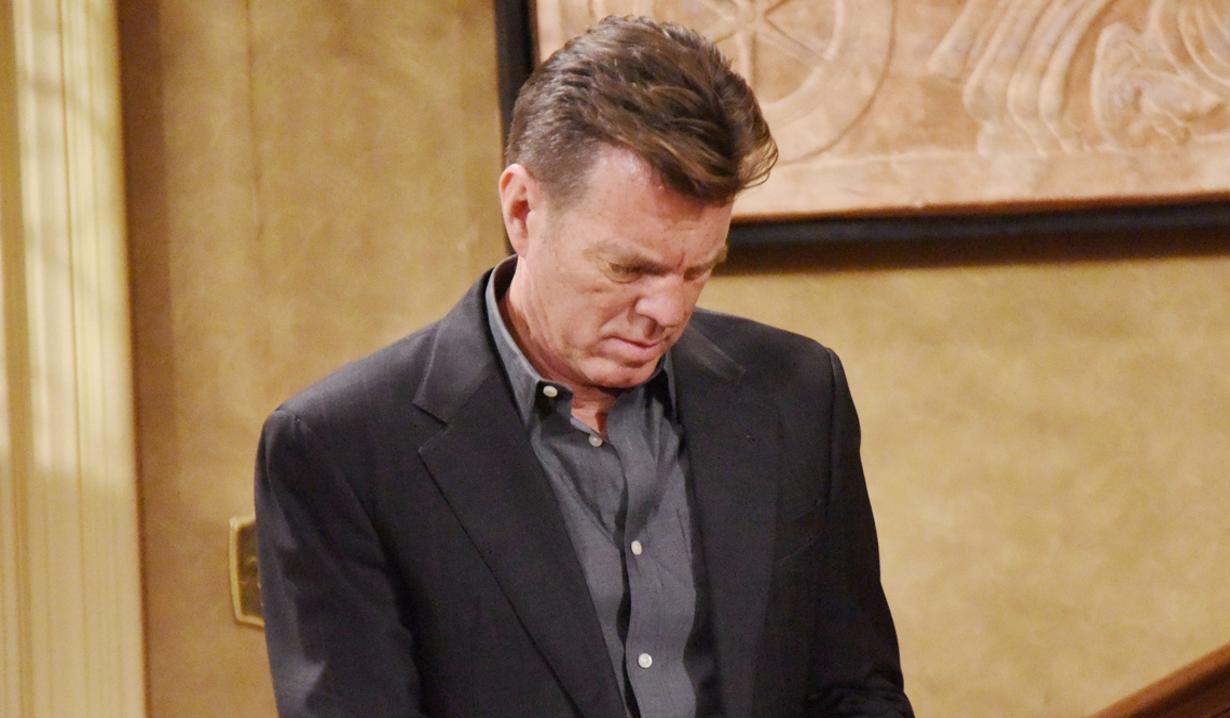 At the Abbott mansion, Jack hollers at Billy, “Get out of my house!” Billy reminds Jack that their father left the house to him as well. He scoffs that Jack isn’t the man their father was. Jack admits that, but yells that Billy’s an embarrassment to the family. Billy reminds his brother of his affair with Jill that caused John’s stroke. Traci explodes that if John were there, he would be utterly ashamed of them both! Traci and Billy exit, and Ashley reminds Jack she’s less of an Abbott than Billy – will he lock her out too? Jack reassures her, but she’s still shaken. Ash remarks that she’s a fraud and thinks it’s odd that Billy and Traci don’t even know the truth. Jack insists she was John’s favorite and credits her with reigniting their business. Jack decides he wants to evict Brash & Sassy from their building. Ash feels he’s punishing Billy – it’s Phyllis who should go. Jack muses that life’s too short to hate Phyllis and leaves.

At Newman, Victor tells Victoria he’s relieved that Travis is history, though he’s disappointed for her. Vikki laments that a successful marriage isn’t in her skill set. Victor reassures her. Just then, Nikki enters with Vikki’s wedding gown. Victoria updates her on the broken engagement and her plans to swear off men. Nikki and Victor are stunned to hear that Billy broke the cheating news. Victor snarks, and Vikki points out she’s never had a relationship he approved of, and says Billy finally did something good.

In the Club, Michael breaks it to Lauren that he has to cancel their anniversary dinner plans tomorrow. Lauren rushes away to take a call as Phyllis appears. At the bar, Lauren cringes over what she hears on the phone. After, Phyllis and Michael ask her about stress at Fenmore’s, but Lauren brushes it off. When Michael steps away, Lauren admits to Phyllis that sales are down, but they’ll get through it. Phyllis takes a look at the numbers and makes a suggestion about going digital. She offers to do up a proposal since there’s no future for her at Jabot. Jack appears with a proposition for Lauren – he wants her to be a patron for a foundation event. Lauren is worried about the cost. Jack cajoles her into saying yes. Phyllis joins Michael at the bar and laments not being back with her ex. Michael advises her to hang in there and walks off. After, Michael rejoins Lauren. He tells her they’ll celebrate tonight. Meanwhile, Jack checks in with Phyllis. She complains Michael and Lauren patched up their marriage. Jack reminds her she left with Nick at their wedding. He wonders if everything is all right with Fenmore’s. Phyllis feigns ignorance. Jack grills her when she mentions returning to the office. She invites him to fire her. Jack makes an impassioned speech about them needing to let go. Phyllis realizes this is it; they’re not going to make it. Jack kisses her and tells her, “Goodbye, Red.” Upstairs in a suite, Michael surprises Lauren with a blackjack table. She flashes to his casino-themed wedding proposal. “It’s perfect.” Lauren’s phone rings and ignoring the work call stresses her out.

At the park, Billy and Traci discuss Jack. Traci intends to broker peace and won’t give up. She’ll start at the Christmas tree lot. Later, Victor meets Ashley in the café to discuss Abby. Victor muses she’s strong like her mother, and shares the news of Victoria’s broken engagement. They laugh about parenting their kids into adulthood. Talk turns to business. Victor notes Jabot’s back on top because of her, not Jack. Ashley looks at photos of Christian and Victor feels he’ll grow up with a lot of advantages. Ash kisses his cheek and goes.

Back at the Abbott house, Billy helps Traci trim the tree and they chat about Christmas and Victoria’s broken engagement. Billy was supposed to have the kids because of Vikki’s wedding. Traci thinks both of Katie and Johnny’s parents should see them open gifts. Later, Ashley arrives and Traci brings up making peace between Billy and Jack. Ash says it will take a Christmas miracle. Traci will try to do what John would want. Ash agrees.

At Victoria’s house, she worries about the kids asking for Travis. Nikki is proud of the stance she took after he cheated, and assures her everything will be fine. Later, Billy arrives and offers to let her have the kids Christmas Day since her wedding is off. Victoria will stick to the plan.

Nikki meets Victor in his office and he surprises her with a gift – it’s a necklace. He also has the jet ready for a trip wherever she wants to go. Nikki replies, “Let’s pack!”

Lily is taken aback when Cane’s physiotherapist arrives at the door.

Paul tells Dylan he doesn’t expect him to be fine and he shouldn’t accept being fine. “Let us help you.”

Mariah says to Devon, “You fired your own wife?” Devon replies, “I would like you to host the show.”