Y&R Day Ahead Recap: Victor and Nick face off with Sharon and Dylan 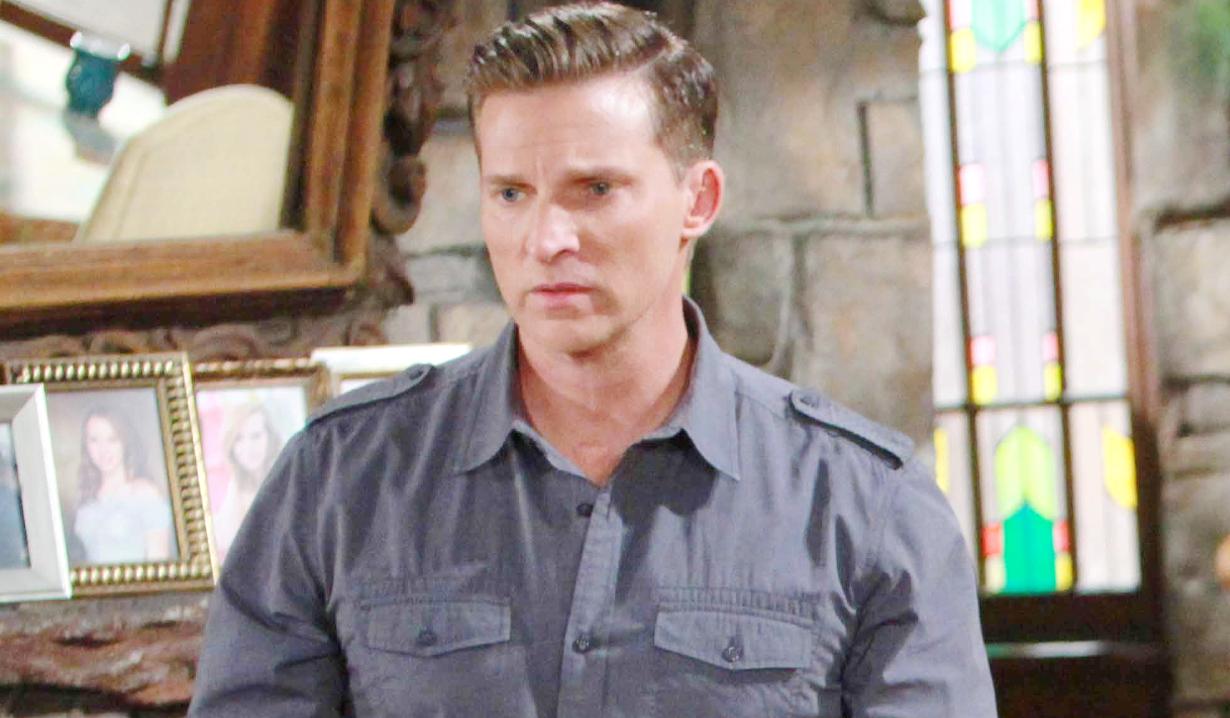 Victor arrives at the tackhouse to get an update on Christian’s crisis from Nick. He’s irked to hear that Sharon and Dylan were at the hospital. Nick assures him he’s still committed to keeping them from getting visitation. Victor muses about a problem. Leslie arrives and gets in the loop. She warns that Michael could use the crisis against him. Nick realizes he gave them ammunition to portray him as an incompetent parent. Leslie goes. Victor tells Nick they’ll use the GB Buzz interview to highlight Dylan and Sharon’s histories with mental illness. Frustrated, Nick observes that he was an incompetent father. Victor disagrees. Nick says his other children had their mother; with Christian it’s just him. Victor reassures him.

At Sharon’s house, Dylan returns from a run and Faith comes downstairs – she wants to go back to Nick’s – Christian is home. They reassure Faith that the crisis wasn’t her fault. Sharon is pleased to hear Faith wants to stay with them tonight and go back to her normal schedule. Michael arrives. Faith reports that Christian is going to be okay, which prompts Michael to seek an explanation. They fill him in. Discussion ensues about violating the restraining order at the hospital. Michael thinks the situation with Nick provides them with an opportunity since he left the boy with a sitter and didn’t warn her about the life-threatening allergy. Sharon and Dylan don’t like where this is going. Michael asks how badly they want this visitation. Once alone, Dylan and Sharon debate about dragging Nick through the mud. If they don’t do it, they’ll have to accept they’ll probably lose.

In the hospital, Stitch examines Cane and warns it will be 6 – 9 months before he gets mobility back. Lily worries he’s pushing it and doing permanent damage. Stitch advises Cane to stop if he has pain. After, Cane is irritated that Lily spoke up. They argue all the way to the elevator. He decides to get a cab and she storms off.

At the Club, Travis arranges a delivery for Victoria by phone. Abby appears, calls him a jerk and lectures him. Travis vows to keep fighting – he knows he messed up, but will win Victoria back. Abby muses about him having to climb a mountain.

Victoria and Billy arrive at Brash & Sassy to find a huge delivery of flowers with a card from Travis declaring his love. She rips it up. An employee is called to dispose of the bouquets. Billy tries to talk to her, but she’ll only discuss work. Billy promises the app will be solid gold. Another delivery arrives for Victoria – this time it’s a mini replica of the sailboat named ‘Tori’. Vikki texts Travis, and then leaves. Later, Cane arrives and bickers with Billy over the worry being directed his way. He is irritable over not having updated figures and leaps up, straining his knee. Billy thinks he should go home to rest. Cane asks him not to call Lily.

Still at the Club, Travis agrees via text to meet Victoria. He informs Abby he’s on the way up that mountain. After, Lily arrives and chats with Abby, who seems down. She admits she was planning her wedding last year this time, and is now awaiting the finalization of her divorce. Lily hears that Abby has no regrets, and talk turns to Victoria ending her engagement. Abby remarks on Travis’ stubbornness, and Lily vents about Cane being stubborn as well. She opens up about their tension.

In the park, Victoria tells Travis to knock it off with the gestures; it’s ridiculous. All she needed was a person she could count on – she thought that was him. Vikki doesn’t want apologies or promises; it never sticks. Travis loves her and misses her. Victoria laments that she was wrong about him and asks him to walk away. He does.

Faith arrives at the tackhouse and greets Victor and Nick. She mentions Michael told Sharon and Dylan they had a lot to think about.

Abby runs into Ben at Crimson Lights. They make small talk and agree they are doing okay, though some days are better than others. Stitch wishes her a Merry Christmas. “If I don’t see you.” Abby returns the sentiment. Stitch removes his ring.

Lily is surprised to see Billy arrive at her house with a grimacing Cane in tow. He apologizes to Lily for earlier. They express their love. Lily fixes a tray of food and they kiss.

Back at Brash & Sassy, Billy watches Vikki throw the mini sailboat in the trash.

Victor arrives at Sharon and Dylan’s door to confront them about using what happened with Christian against Nick. Nick follows Victor in and complains that letting them see Christian at the hospital just wasn’t enough, was it? Nick’s phone rings, and Sharon gets a call from Michael – court is back in session.

Jill says to Billy, “You are John Abbott’s son. You and Jack are always going to share that bond.”

At the Abbott breakfast table, Ashley and Abby look on as Traci tells Jack, “Dad would want you to find a way to forgive Billy and make him feel like he’s a part of this family again.”