Y&R Day Ahead Recap: Nick and Billy make shocking moves at the court

Tuesday November 29, 2016: Chelsea and Chloe argue, Nikki campaigns for visitation for Dylan, and Cane worries he’s being replaced at work. 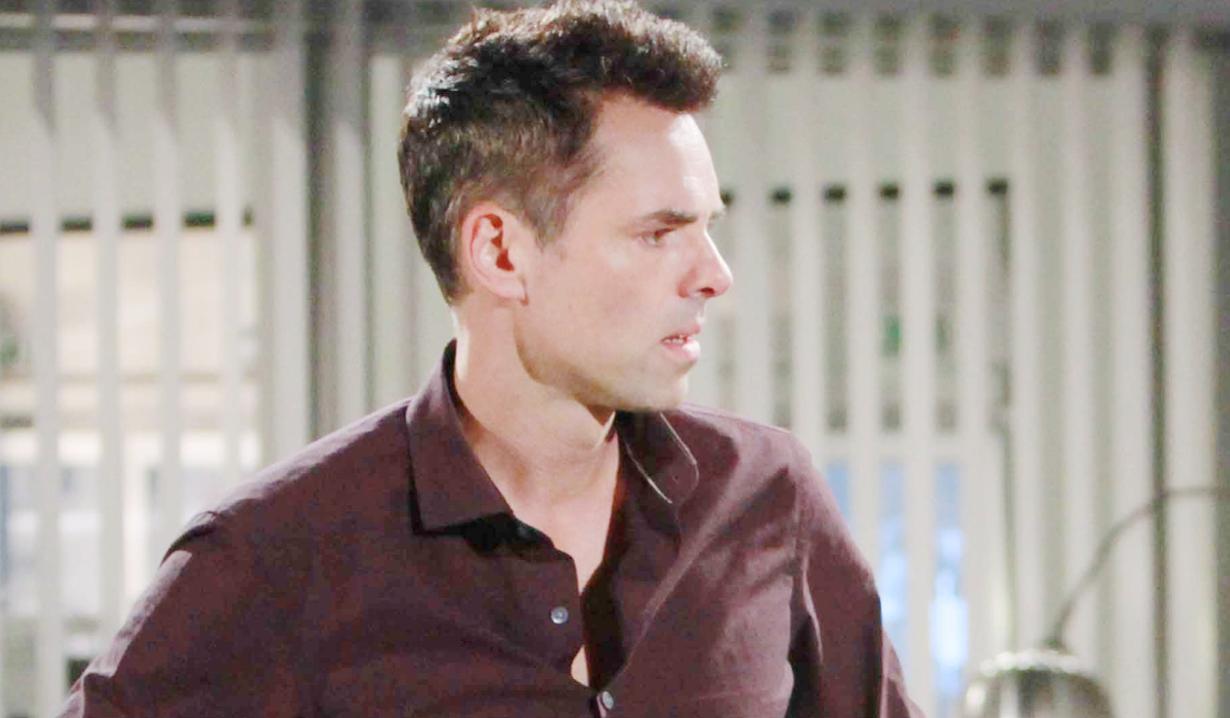 At home, Dylan and Sharon are ready for court. Dylan learns of Sharon’s secret visit with Christian and stresses out – it’s exactly why Michael thinks he’s better off on his own with this. Sharon is pleased to hear that Dylan refused to pursue visitation without her. Dylan hopes they’ll be part of the boy’s life again.

In the penthouse, Chelsea complains that Chloe put her in a terrible position; she had to lie to Nick, who had a right to know his child spend time with Sharon. At the Club, Victor promises Nick that Sharon and Dylan won’t get visitation. Nick asks, “What did you do?” Nearby, Hilary is stoked about the brothers battling it out in court today. Devon warns it’s a personal matter. Hilary reassures him. Once alone, she turns on her phone mic. Nikki enters and Hil asks whose side she is on – Dylan’s or Nick’s? Nikki hisses that both her sons were victimized by Sharon. Nikki then argues with Victor about whether Dylan should get visitation, and appeals to Nick to show his brother some compassion. Later, by the door, Nick flashes to Dylan tearfully handing over Christian. Nikki appears and is pleased to hear he’s considering giving Dylan visitation. Nick warns it’s not official. After Lily leaves the house, Cane phones Jill – he wants in on the marketing conference call. Jill says Victoria canceled it for court. She mentions interviewing Travis. Cane worries he’s being replaced, though Jill reassures him. After the call, Cane struggles into his pants. Lily arrives. Cane informs her he has to get to work; he’s being replaced. Lily sighs. She’ll drive him.

At Brash & Sassy, Victoria fusses over Travis’ suit as Billy and Jill gather around. Jill is ready for Travis. Once alone, Vikki accuses Billy of not wanting her and Travis to work out. In the office, Jill tells Travis she’s immune to his charms and won’t be hiring him – she just wanted to get him alone to inform him Billy and Victoria belong together. Travis says they had their chance. Jill plants seeds of doubt about his relationship with Victoria. Meanwhile, Billy is urging Victoria to take some time before marrying Travis. Irked, she leaves for court. Lily and Cane show up. Cane grouses to Billy about trying to replace him. Jill and Travis appear. Travis assures Cane that it was just a courtesy interview. Once alone, Travis and Billy discuss Jill’s involvement in his love life. Billy makes it clear he won’t be endorsing him anymore. Travis shrugs it off – they’ll be married at Christmastime. In the office, Jill chews at Cane for thinking she’d replace him and she and Lily convince him to work from home. Once alone, Jill tells Billy she’s sure he has something on Travis and warns him not to let Victoria walk down that aisle if Travis isn’t the man he seems.

Outside the courtroom, Kevin and Michael greet Mariah. Discussion ensues about Hilary, whom Mariah says is out for ratings. Michael assures them the proceedings will be kept calm. Mariah worries to Kevin that Hilary will find a way to stir things up. Devon appears and promises Hilary will remain impartial. Mariah looks doubtful. Soon, Hilary arrives and assures Devon she ‘gets it’. Sharon and Dylan enter and she jumps to get a statement from them. Kevin calls her away as Nick, Victor, and Nikki arrive. Victor complains about them seeking visitation. Nikki pulls Dylan aside – she’s convinced Nick to give him visitation but not Sharon. Dylan fills Michael in. Nearby, Kevin and Sharon discuss how Hilary would throw Mariah under the bus to boost ratings. Sharon hopes it will fade away after today. Meanwhile, Chelsea and Chloe arrive. Nick and Chelsea speak privately about his dilemma. Chelsea says she has something to tell him. Once court is in session, Dylan offers an apology to Nick. Dylan confirms that he’s seeking joint visitation. He says Sharon never acted out of malice and appeals to Nick to forgive her. On a break, Hilary is frustrated no one will talk to her, and Travis joins Victoria. They are canoodling when Billy appears. Court resumes. Vikki hangs back to answer a text as everyone enters. Inside, Nick’s no longer feeling compassionate and confronts Dylan and Sharon about the visit that took place behind his back. Nick’s lawyer, Leslie, asks the court for a restraining order against Sharon and Dylan. In the foyer, Billy informs Vikki he wanted her to be happy with Travis – he doesn’t want to be the one to tell her this. “Travis cheated on you, Vick.”

At home, Lily leaves Cane alone with his pain pills and work.

Nick says, “He knew his wife went behind my back to see my son. I can’t trust them around Christian.” Dylan asks, “Why are you doing this? You know that’s not true?” The judge calls for order.