Y&R Day Ahead Recap: Nikki and Sharon square off, and Patty talks 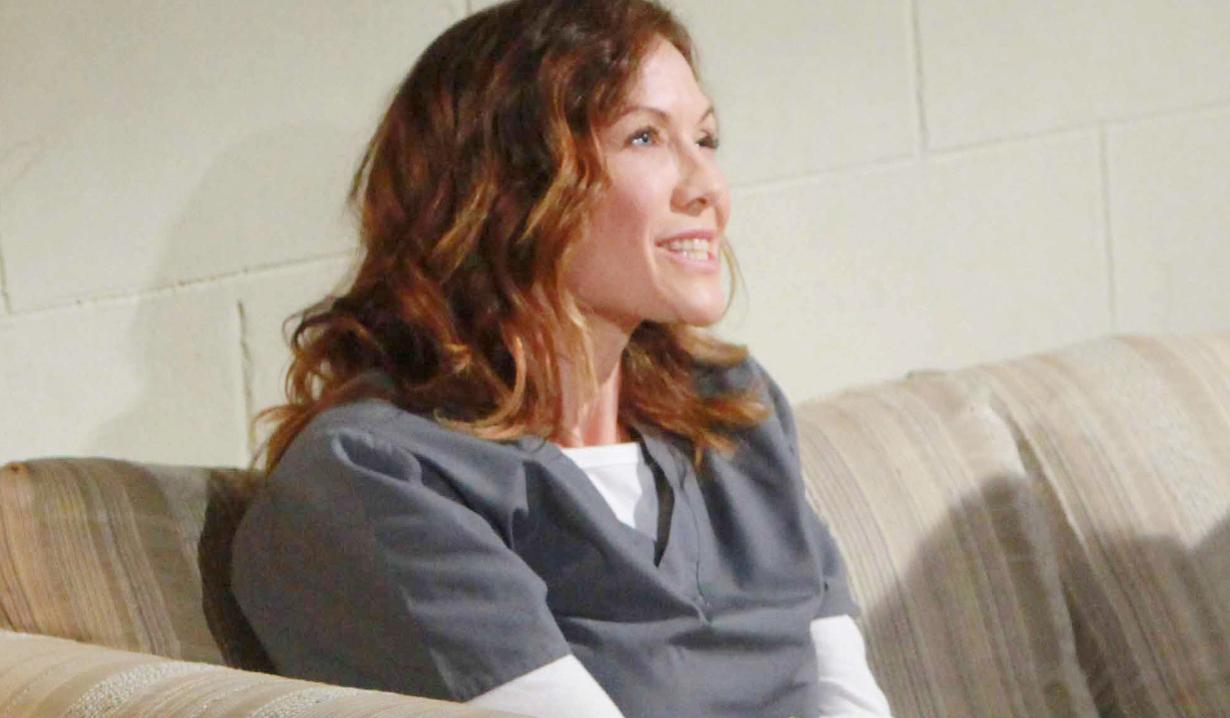 At the tackhouse, Nick is hanging out with Christian when Nikki arrives. She’s surprised to see Sully. Nick announces that he’s not babysitting; the boy lives there now. After filling Nikki in, she reflects on the time he’s lost. She’s worried about Dylan and remarks on Sharon lying to them for months. Nick wants her to leave Sharon alone. Nikki says she betrayed both her sons; she will not stay out of this.

At the station, Paul returns Sully’s stuffed animal to Dylan, who tells him, “He’s not my son.” Once in the loop, Paul tells Dylan how sorry he is, and listens as Dylan vents. He flashes to telling the baby he’ll always be there for him, and tells Paul when he handed Sully to Nick, a part of him died. They speculate about whether Nick will cut him out. Paul urges Dylan not to give up on his brother. “Give him some time.” Dylan wants his son back. They both know he won’t do anything. Paul warns that charges may be pressed against Sharon – he can’t control the entire situation. Dylan appreciates anything he can do. Later, Kevin visits Paul’s office to ask about a past case involving obstruction of justice.

In Victor’s office at Newman Enterprises, he informs Curtis Fielding their deal is null and void. Fielding insists he did as he was asked, but GC Buzz didn’t air the footage.

At GC Buzz, Hilary finds information on Dr. Anderson online. Later, Victor shows up and asks Devon about Fielding’s interview not being aired. Victor will sue Devon for every cent he has unless he airs the interview. A deal is struck – Devon will air Fielding’s confession and Victor will drop the lawsuit. Devon leaves a message for Hilary to call immediately and reassures Victor.

Mariah joins Sharon at home and warns her Hilary got a tip at work about Dr. Anderson and a baby. They fret about Hilary turning this into a media circus. Sharon talks about her perfect little family she was trying to hold together. Mariah argues that it wasn’t perfect – she was constantly lying. Sharon is proud of how Mariah stood by her. Mariah is worried about the fallout. Sharon will try to protect her. Once alone, Sharon is confronted by an angry Nikki, who lashes out at her daughter-in-law for deceiving her sons and breaking their hearts. Sharon defends herself, and Nikki accuses Sharon of lying to hang onto Dylan. They shout insults at one another. Nikki calls Sharon a manipulative selfish bitch. Sharon calls Nikki out for leaving her baby at a church. They start throwing things and lunge at each other as Dylan busts in. He asks Nikki to go. She says he’s welcome to stay at the main house and slams out. Dylan reports to Sharon that Paul knows, and warned charges could be filed. Sharon says GC Buzz is onto the story. Dylan can only see one way out – Sharon must check herself into a facility. Sharon absolutely refuses.

Hilary arrives at Rivercrest. Thinking she’s Patty’s lawyer, who was expected, an employee lets her in to see Patty, who also assumes she’s the lawyer sent by Paul. Hilary says she’s there to get her story out there. She gets Patty talking about why Dr. Anderson wanted to get rid of her, and Patty shares the entire baby secret story with her.

Mariah returns to GC Buzz, where Devon informs her she’s going on air. Victor tells Devon he’ll be watching. Mariah blows off a call from Kevin as she prepares to air. Hilary arrives and Devon updates her. She barks at Mariah to get out of there and takes her place. The show goes live, and Hilary introduces the Fielding footage after issuing an apology to Victor. After, Hilary shouts about Mariah, who assures her she didn’t want to go on air. Devon says Hil has no right to be upset when she couldn’t be reached. “Where were you?” Mariah listens in as Hilary informs Devon she got the story of a lifetime.

At Newman, Nikki shares the stunning news about Christian with Victor. They discuss the kidnapping angle. Nikki insists it’s only on Sharon, and she intends to see her pay. Victor irks her by suggesting they stay out of it. Nikki is instantly skeptical. Victor muses that things have changed. Nikki realizes he means since Adam. Victor wants to take the high road.

Paul visits Nick at the tackhouse to urge him not to cut his brother out of Christian’s life – they’re family.

Travis tells Billy, “Don’t interfere. Victoria and I are in a good place right now and there’s nothing you can do about it.”

Hilary, on air, asks, “Sharon McAvoy. Does she belong behind bars, or back in her old room at Fairview?”