Y&R Day Ahead Recap: Hilary is determined to expose the baby secret 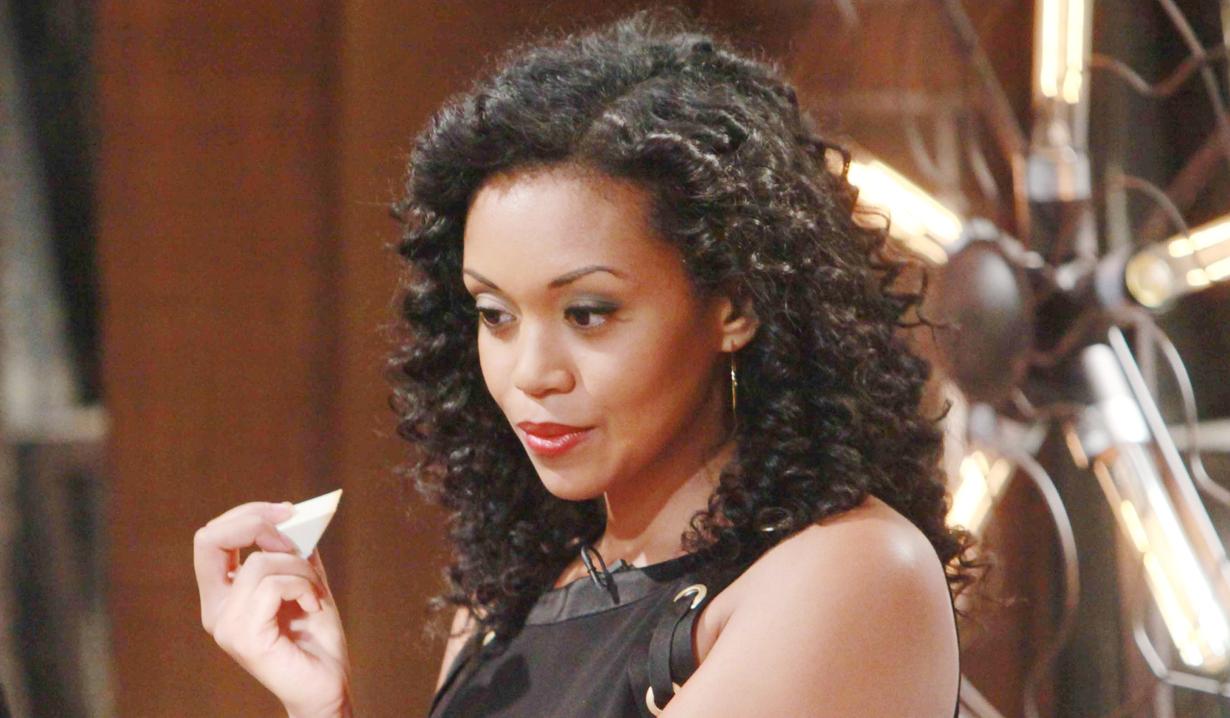 Nick and Chelsea arrive at the tackhouse with Christian. Nick plans to tell him stories about his mom, and wishes she were there. Nick and Chelsea discuss the miracle of him holding his son in his arms. Nick feels Sharon was always shorting him on time with the boy, but now they’ll make their own ‘firsts’ and memories. Nick tells the baby, “It’s you and me. Just two Newman men against the world.” Chelsea gets a choked look. Nick knows it must be hard for her, and talks about Sage and Adam not getting to see their sons grow up. They agree to support one another as single parents.

At Sharon’s place, an emotional Dylan makes a lot of racket packing up the nursery. Sharon enters and they argue about getting rid of his things. Dylan shouts at her to go back downstairs. Faith calls out, “Mom?” They join her in the living room and Dylan breaks the news that Sully is Christian. Sharon details how Dr. Anderson took Nick’s baby and tricked her into believing it was hers. She assures Faith he’s still her brother. Faith gets upset when she learns they let him go away. She wants to know when Sharon found out – was it this morning? Sharon admits she found out a few months ago and she didn’t say anything then. Faith says Daddy was so sad – she could have fixed it. Sharon is ashamed she wasn’t brave or strong enough. Faith asks if she’s sick again. Sharon reassures her she isn’t; she just made a mistake. Dylan gets emotional and goes upstairs after Faith asks if he misses Sully. Faith demands to see the baby now and runs out the door. Dylan leaves after, but he’s not following Faith.

Faith runs into Nick’s arms at the tackhouse. “Mommy told me about Sully.” She checks on the baby. She tells Nick that Sharon and Dylan are sad, and it’s confusing. Nick reassures her. Faith asks if he hates her mom. Nick says he could never hate Sharon because she gave him Faith and Noah. Nick agrees to let Faith help him with the baby, and insists she start calling him Christian.

Dylan goes to a batting cage and hits baseballs to blow off steam. Sharon appears. She wants to work through this together. Dylan worries about the Newmans pressing charges and mocks her idea they can keep this private. He wonders if she does need professional help. Sharon reminds him she’s a victim too. Dylan hollers that she stopped being a victim the day she found out the truth and chose to lie. He walks away.

In Crimson Lights, Chloe assumes Kevin knows about the Sharon baby debacle, but he doesn’t. She admits Chelsea told her in confidence. Kevin wants to know what’s going on. Sighing, Chloe says it’s bad, and fills him in on the details, adding that Sharon knew this whole time. Kevin realizes Mariah knew too. They agree she acted to protect her mom, and speculate if Nick would press charges. Kevin leaves to find Mariah.

Hilary gives Mariah instructions regarding the Curtis Fielding confession at GC Buzz. Devon arrives and informs Hilary they’re not airing the interview. Hilary is adamant that it’s a legitimate story. Devon points out the footage clears Victor and incriminates them for not vetting their source. He orders Mariah to shred the notes and get rid of the footage. After, Kevin shows up demanding to speak to Mariah. Hilary isn’t impressed. They step aside. Kevin asks exactly how long she covered and lied for Sharon. Hilary watches them in the monitor. Mariah says when that little boy came home from Fairview she knew nothing. She admits she knew later, made a decision, and has had a knot in her stomach ever since. Kevin isn’t judging her, but wants to know the details in case she’s in trouble with the law. Devon finds Hilary watching them. She figures Kevin’s talking about a police case and asks Devon to read their lips. Devon watches. “She said something about a baby.” Hilary pushes Devon to continue. He says Mariah is talking about a Dr. Anderson, but gets called away. Across the room, Mariah and Kevin argue about whether she should speak to Michael. Kevin warns the story will come out. Later, Hilary pretends to get a tip about Dr. Anderson on the phone. Mariah acts rattled and runs out. Hilary searches Dr. Anderson’s name online.

Chelsea arrives at the penthouse, where Chloe confesses she told Kevin about Sully/Christian. Chelsea figures Mariah would have told him anyway, and assures Chloe she knows she can trust her. They discuss Nick’s new circumstances, and how it will all come out.

Hilary tells Patty, “I’m here to get your story out there.”

Paul hands Dylan a stuffed animal. “I’m sure your son’s going to want him.” Teary, Dylan replies, “He’s not my son.”

Nikki throws something at Sharon while shouting, “How dare you!” Sharon throws a vase of flowers back at her and yells, “Get out of my house!” They lunge at each other as Dylan is heard saying, “Hey, hey, hey!”