Y&R Day Ahead Recap: Dylan vows to find out who is calling Sharon 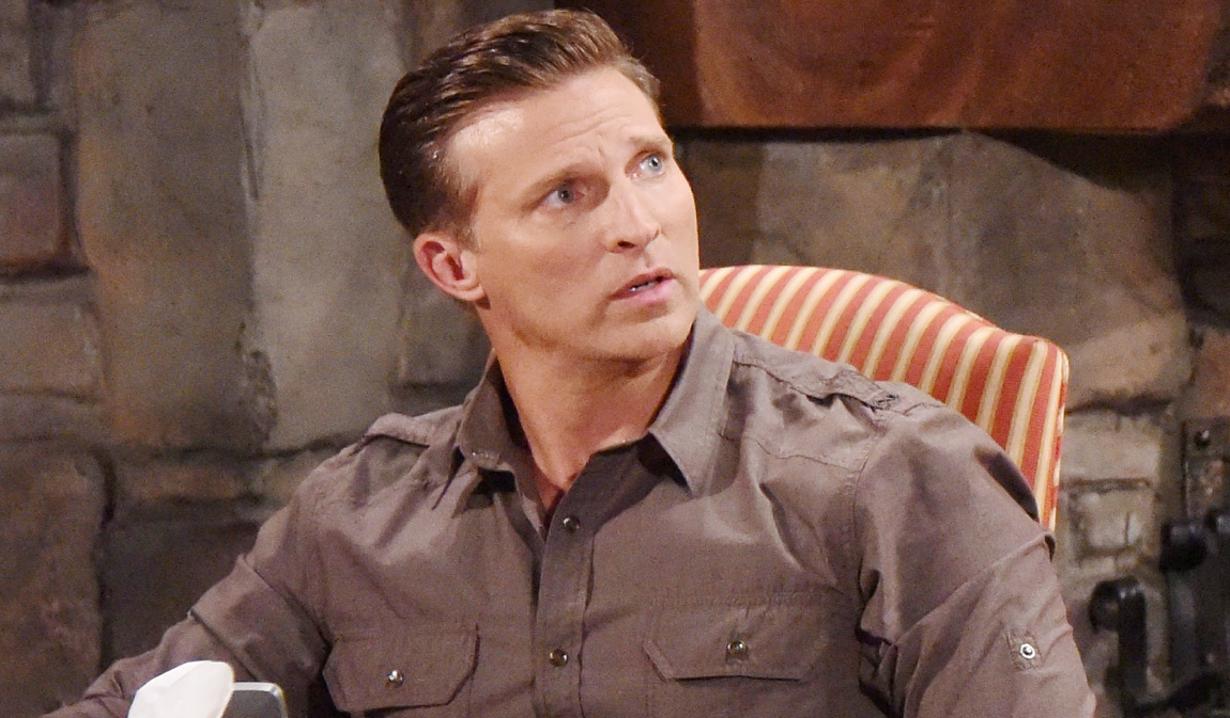 At the station, Paul tells Michael that Phyllis’ fall has been ruled accidental. They speculate about the divorce. Paul wouldn’t bet against Phyllis getting her way. They join Dylan, who Paul notes should have gone home hours ago. Dylan is cagey about what he’s working on, and leaves. Michael and Paul notice he didn’t answer.

At Brash & Sassy, Victoria and Billy continue to bicker about Travis working for Victor. Billy says her father is signing her boyfriend’s checks. “What could possibly go wrong with that?” Billy suspects this was what Travis intended all along. Victoria gets defensive and blurts that she loves Travis. They rehash their issues. Billy worries Travis might let her down like he did. Victoria knows what she wants, unlike Phyllis who didn’t know what she wanted until it was too late. Up at Jabot, Phyllis and Jack face off. She insists they work together on the files. Jack informs her they won’t work together ever. He mocks the idea that she could dazzle him over a batch of files. Phyllis counters he can’t erase their love. In the elevator, Ashley recognizes Travis as Victoria’s friend and remembers meeting him in the Hamptons; he was with the Hazelton and Grasswood firm. Travis confirms it. He realized it wasn’t his dream, and describes how he came to be with Victoria. Ash muses it’s a very small world. Talk turns to Ashley’s brothers and their love lives. Travis doesn’t believe in fate – he believes in hard work and him and Victoria. The elevator comes to life and the doors open. Victoria is there. Travis says the elevator brought him back to her. They explain about the lift being stuck and Ash reveals they once knew each other. After, Travis says he likes Ashley, and kisses Victoria. Upstairs, Billy checks in on Phyllis in her new office. She says they were pretending they had something real, but he disagrees. He wonders why she’s fighting a fight she can’t win. Phyllis asks him to let her get to work. Next, Michael shows up and tries to talk Phyllis out of working in the glorified closet. Phyllis just needs to be there where Jack spends his days. Michael laughs at her determination and chuckles that she might just pull it off.

At Sharon’s place, she’s still on the phone with Patty, who goes on about every baby needing a home. Sharon asks why she’s doing this. Patty laughs, “Sharon, you knew this day would come. You didn’t think I would forget, did you?” Sharon hangs up. She gets Sully, and when the phone rings again, unplugs it. Dylan arrives and wonders why Sully’s up. Sharon says it wasn’t a hang-up call; he had a bad dream. Upstairs, they talk about Sully’s first birthday coming. Dylan reflects on what Nick’s lost, and Chelsea losing Adam. “No one’s going to take anything from us.”

At the facility, Patty crouches beside her bed and flashes to confronting and killing Dr. Anderson.

At home, Sharon goes downstairs and plugs the phone back in. It doesn’t ring…but her cellphone does. It’s Patty again. She’s lonely and needs a friend. Sharon snaps at her. Patty references Dr. Anderson and warns it only takes one ring-a-dingy. She goes on about the baby not being hers – it will never be hers. Dylan appears, takes the phone, and demands to know who is harassing his wife. He warns he’s a cop. Patty hangs up. Dylan tells Sharon he’ll find out who is calling her and why.

At home, Victoria asks what Travis and Ashley discussed on the elevator. He realizes she wants to know how he knew Ashley. He explains that they played mixed doubles. Victoria is curious about his past, and how many women he’s loved. He tells her, “Just one.” He’s not even sure if that’s what it was, and then there was Genoa City and a woman named Tory… He’s in love with her. Victoria responds, “I love you, Travis. I love you.”

Ashley meets Jack at the Club and they discuss Phyllis. Jack wants to keep the company. Ash argues it’s a ploy. Jack isn’t naïve. He’s about to leave as Billy appears. They rehash how Phyllis wants Jack not Billy, and Jack walks away. Ashley lets him know she ran into Travis. Billy guesses she’s a huge fan – everybody loves this guy! He relays that Victor hired him.

At the Abbott mansion, Jack puts his wedding ring in the nightstand.

An anxious Abby tells Stitch, “Maybe you should close the door.”

Dylan calls Kevin at the station and says, “I’ll get the warrant from Judge Ramsey and you can fill me in on what you’ve got.” Beside Kevin’s desk, Paul says to him, “This sounds like something you should fill me in on.”

At the facility, Sharon and Patty are on opposite sides of the glass holding talking by phone. Patty says, “I was wondering when you’d get here. I just knew it wouldn’t take you very long.”