Y&R Day Ahead Recap: Victor recruits a new employee to fend off Jack

Thursday September 29, 2016: Mariah squares off with Chloe, Faith’s birthday party is a success, and Dylan is curious about the hang-up calls at the house. 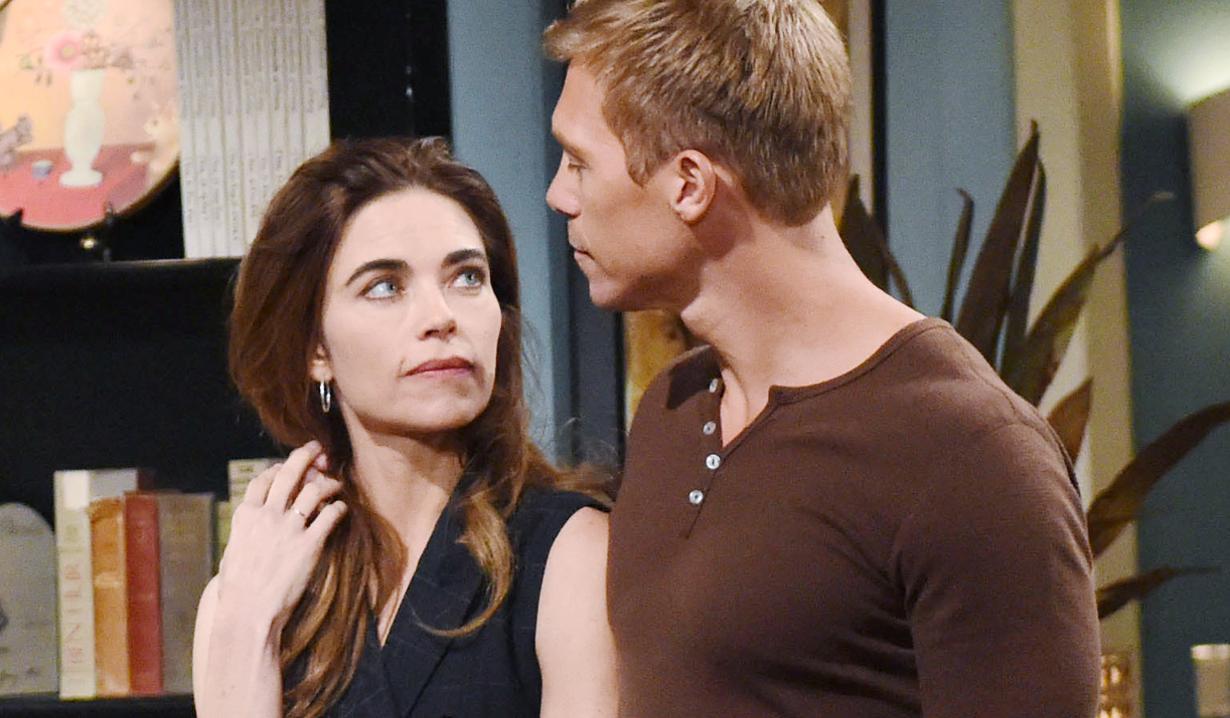 At the penthouse, Chloe tells Chelsea that she thinks Sharon wants to push her and Nick together. Chelsea snaps that they’re friends; that’s it.

Nikki finds Victor at Newman and reminds him of Faith’s party. Victor inquires if Travis will be there – he kind of likes that guy. Nikki barks, “What are you up to?” Victor likes the guy and was impressed by Travis turning down his job offer – he hopes he changes his mind. Nikki warns her husband not to be recruiting at Faith’s birthday.

At the Club, Lily is up in arms about Hilary helming the GC Buzz, which she used to destroy their family. “Who’s going to be your next victim, Hilary?” Devon informs Lily that she’s out of line – he and his wife are on the same page.

Travis brings the kids to Victoria at Brash & Sassy as Billy looks on. After, Cane asks Billy if he’s seriously okay with that. Billy points out he and Victoria are divorced. Lily arrives to report on what Hilary is up to now. They debate about whether Hilary’s changed. Lily turns on the television to watch Hil’s debut.

At the Club, Hilary and Devon watch her GC Buzz report on Jack and Phyllis from their suite. She reports that they’re not bullies or victims and need their privacy. After, Hilary undresses to celebrate.

Back at Brash & Sassy, Cane notes Hilary didn’t go for the jugular. Billy agrees, and says, “More power to them.”

At Crimson Lights, Mariah and Dylan decorate for Faith’s party. Mariah confides that something’s off with Chloe and she’s concerned for Kevin. Dylan trusts her instincts. Mariah talks about Chloe’s conflicting stories about Bella’s father, and her complete turnaround about dating Kevin since Adam died. Just then, Chloe and Kevin arrive. Later, the party’s in full swing. Nick chats with Travis and Victoria, and Chloe corners Victor on the patio. He tells her she can disappear. Dylan sidles up and expresses his hope that the party doesn’t end with anyone under arrest. He reminds them of the restraining order. Victor suggests they let bygones be bygones. Sharon and Nikki marvel as the duo shakes hands. Nikki remarks to Sharon how big Sully is for his age. Sharon shakily agrees it’s incredible. Victor makes his way to Travis. Nikki listens as Victor jokes and then brings up his job offer. Nearby, Nick warns Victoria that Victor always has an agenda. Everyone participates in posing for funny photos, after which, Victor carries in the birthday cake. Faith looks at Nick and then makes a wish and blows out the candles. After, Dylan joins Kevin and Chloe, who are flirting. He credits Chloe for Chelsea looking so happy. Across the room, Chelsea apologizes to Nick for pushing him away. He commiserates about the grieving process. Mariah and Chloe talk on the patio. Chloe thinks it’s obvious Mariah still has feelings for Kevin. Mariah counters that she’s pissed – Kevin is her best friend and she can’t stand seeing him be used. Chloe tries to explain her sudden change-of-heart and says if they’re going to work together, they have to get past this. Mariah announces she quits. Inside, Victor presents Faith with shares in Newman. Nikki assures her they also got her a pony. Dylan and Nick exchange a look as Faith squeals and hugs Victor.

Update: Y&R’s Justin Hartley’s This Is Us get full season order

Mariah cleans up the coffeehouse after the party, and Kevin questions if she quit her job out of jealousy. Mariah informs him Chloe’s lying – he should open his eyes. Kevin insists he doesn’t need protecting. Mariah replies, “Don’t say I didn’t warn you.” Kevin joins Chloe on the patio and reassures her he and Mariah are just friends. He admits Mariah thinks she’s hiding something about Bella’s dad.

Victor and Travis sit with Nikki and Victoria at the Club. When the women excuse themselves, Victor tells Travis that Jack Abbott’s after his company. If Travis wants to work for the best, that’s Newman. “The sky’s the limit.” Billy comes through the door and Victoria warns him not to say anything about Travis and her dad. Nikki joins the duo at the table and guesses that she should welcome Travis to Newman Enterprises. Victor looks pleased as punch.

At the penthouse, Nick’s carried Connor upstairs, and Faith confides in Chelsea that she got her birthday wish – Daddy is happy again. She thinks it’s because of Chelsea. Before leaving, Nick hugs Chelsea.

Victoria asks Travis, “You turned my father down; you said you weren’t interested in working with him, so what changed?”

Michael tells Jack, “She’s willing to give you the divorce free and clear. There is one condition…”

Y&R Day Ahead Recap: Hilary gets a...