Y&R Day Ahead Recap: Hilary gets a new gig, as Jack shuts Phyllis out

Wednesday September 28, 2016: Summer issues an invitation, Faith disappears from the park, and Chloe has second thoughts. 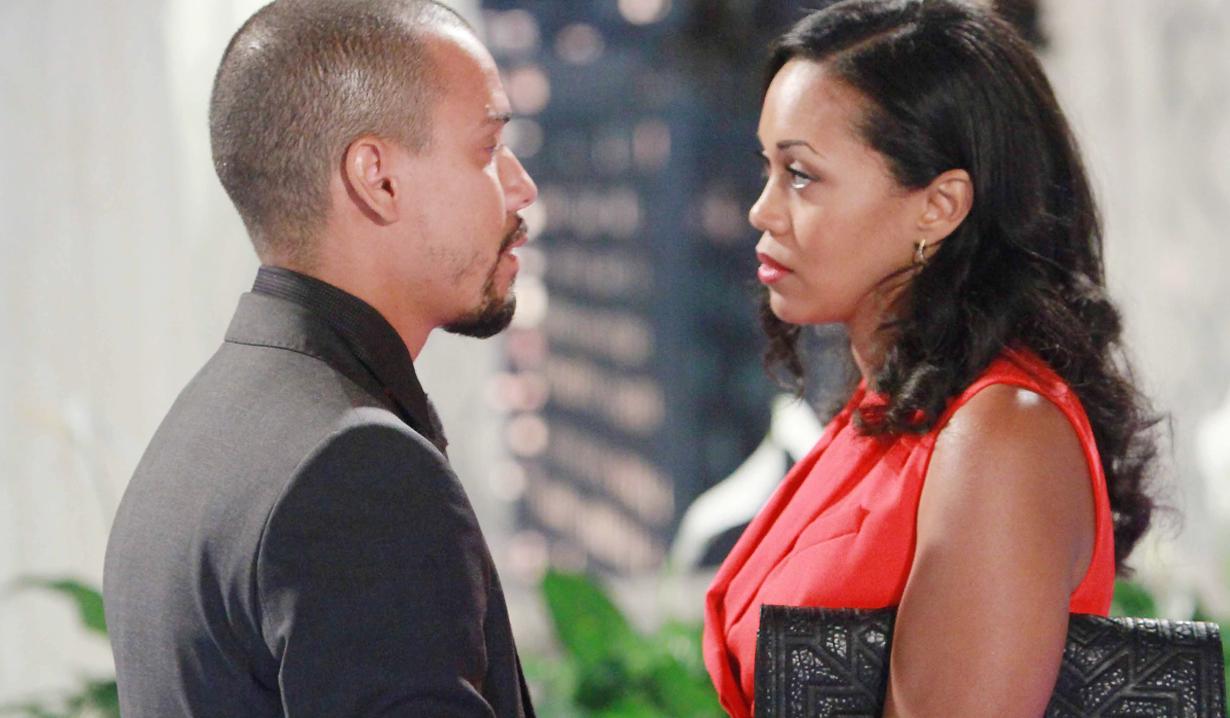 At the hospital, Phyllis tells Michael she’s being released today. He says Jack’s lawyer is offering her a settlement. She doesn’t want Jack’s money; she just wants her husband back. Michael advises her to weigh the offer – Jack plans to move forward. Summer arrives and offers for Phyllis to stay with her. Michael heads out and Summer works to convince Phyllis she doesn’t need to stay at the Club.

Ash talks to Jack about doing damage control at Jabot. Jack wants to ignore the GC Buzz mess. She advises him to tell his story with a reputable news outlet so they don’t lose customers. Jack refuses; he just wants this to be over. Ash warns he has a pre-nup – this divorce could drag on. Jack counters that he made a generous offer. Michael appears and says his client will pass. Jack wants Michael to get her to take it. Ash adds it’s not a fight Phyllis is going to win. She asks Michael to tell Phyllis to let go of the man she claims to love so he can start healing.

In the park, Hilary tells Devon how impressed she was at him putting the GC Buzz reporter in his place, and suggests he keep the show on the air – they could run it together. Hilary feels they can reset the bar. Devon’s turned on, and agrees. He thinks Hilary should host. His wife worries she’s not likeable. Devon feels people will fall in love with her, and trust her. He has an idea for how to start their ‘gossip with a conscience’ show.

At the studio, Chloe and Chelsea discuss the ‘date that wasn’t a date’ with Kevin. Chloe recalls that they were trying to get back together the night she lost Delia. Chelsea commiserates about loss. Suddenly Faith appears, out of breath, and asks Chelsea for her help. She admits she realized while at the park with Mariah that she needed a birthday dress.

Kevin gets a text from Chloe saying how great last night was, when Mariah rushes into the station looking for his help – Faith’s missing. Kevin learns they were at the park when she disappeared. Mariah gets a call from Chelsea that Faith is safe and at the studio.

At Chelsea’s studio, she fits Faith for her dress and Faith chats about Chelsea coming to her birthday party – she knows Sharon will approve and is concerned about Nick. Mariah and Kevin arrive and admire Faith’s dress before Mariah chastises her for running off. Faith wants them all at the party. Kevin and Chloe will be there. Mariah notices them flirting. She takes Faith and leaves. Chloe asks Kevin if he wishes he’d gone with them. She is concerned about hurting Mariah and wonders if they should stop seeing each other. Kevin wants to give it a shot. Across the room, Chelsea tells him to kiss her already.

Back at the park, Faith apologizes to Mariah for inviting Chloe and Kevin to her party – she could tell it made her jealous.

Phyllis and Summer enter the Abbott mansion. Phyllis reflects on her fall and worries she should take the settlement and move on, but she doesn’t want her marriage to be over. Summer reassures her that Jack will forgive her one day. Jack arrives. He’s glad Phyllis is better so she won’t have any reason to drag her feet on the divorce. Summer appeals to Jack, who informs her the marriage is beyond repair. He demands his house key as Phyllis and Summer leave. Ash arrives as Jack is having Phyllis’ boxes sent out. He doesn’t care what the divorce costs; he just wants Phyllis gone for good.

Devon and a nervous Hilary are at GC Buzz, where she practices for her debut, but she takes issue with the script about Jack. Devon advises her to use her own words. She does, and nails it.

At Summer’s place, she and Phyllis rehash the scene at Jack’s place. Phyllis feels lost – she has no home or job. Michael arrives. He tells Phyllis that Ashley’s so eager to get her to sign she can name her price. Phyllis won’t take a penny…as long as she can stay at Jabot.

Mariah tells Chloe, “Kevin’s my best friend, and I can’t stand sitting back and watching him get used.”

Everyone at Faith’s party sings Happy Birthday as she prepares to blow out her candles.