Tuesday September 20, 2016: Billy faces issues at work, Nick tries to clear the air with Chelsea, and news spreads of Phyllis’ affair with Billy. 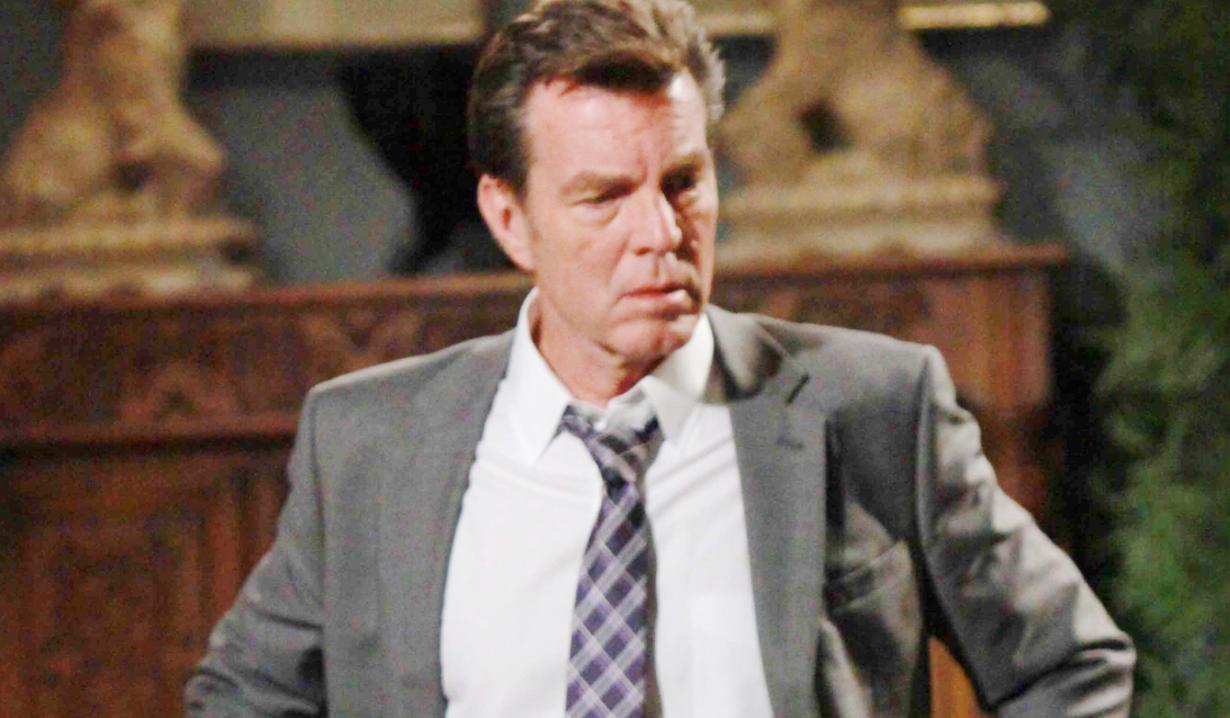 Jill stops the snarking between Billy and Victoria at Brash & Sassy. She sends Cane and Billy out, and tells Victoria she agrees what her miserable excuse for a son did was awful, but they need to keep him from going over the edge. She uses the kids to persuade Vikki. Elsewhere, Billy assumes Cane is pleased about his problems. Cane sighs and lends an ear. Billy hopes Jack and Phyllis can work things out. Cane warns that might actually happen – he’s basing that on personal experience. Billy’s about to leave, but Victoria taunts him about running. Billy knows what she’s doing, and that Jill’s behind it, but will stay. After, they all convene in the studio for the commercial shoot but Billy and Victoria argue throughout. Billy warns Vikki he’ll fight if she tries to take his kids away.

At the ranch, Nikki brings up Dylan’s investigation. Victor muses that he already took care of it, and shows her the latest news – Phyllis and Billy’s affair. Victor remarks on Jack and Phyllis’ marriage going bust. Nikki reminds him about Marco. Victor replies that Phyllis has cheated before, he can’t be blamed for that. Nikki remarks that Jack must really be hurting as Victor chuckles and pats himself on the back for keeping that punk Billy Boy Abbott away from Victoria as much as he could.

Nick runs into Sharon at the park – he’s glad she worked things out with Chelsea at work. Nick notes Chelsea told him to stay out of her life. Sharon advises him to use his charm on her.

At the pool bar, Kevin confides to Michael that he thinks Chloe is hiding something huge about Bella’s dad. Michael warns he’ll alienate her completely if he keeps pushing and could end up on the outside looking in if the father is discovered. He needs to consider the repercussions.

Chelsea and Chloe spot Dylan at Crimson Lights. Dylan reports he’s off the case since Victor filed a restraining order. Chelsea asks since when has that stopped him? Dylan won’t risk going to jail, but he presses Chelsea to admit that Victor framed Adam and later helped them out of guilt. Chelsea decides the restraining order might be good for all of them.

In the studio, Chelsea tells Chloe she hopes Dylan stops investigating – this needs to be over. Chloe hugs her. Nick arrives. Chloe exits. Nick chides Chelsea for not letting him keep his promise to Adam. Chelsea asks if he thinks she’s in the mood to joke? Nick just wants to help – he has experience losing people he loves. Chelsea appreciates his offer.

At the Abbott house, Phyllis pleads with Jack not to give up on them. He counters, “Why not? You sure as hell did.” Phyllis protests emotionally, but Jack sneers that the marriage ended the day she crawled into bed with Billy. He knows she slept with him just days ago. They rehash how Billy was the only one who understood her. Phyllis hollers that Jack didn’t see her anger at Victor – she had a right to it. Jack grits his teeth – she sure found a way to make him pay. He remarks on the pain Victor causes people, and tells Phyllis, “He’s got nothing on you.” Jack feels he was patient with her, but she wanted to punish him. He declares that now she’ll get exactly what she wanted, and leaves her crying. Later, Michael arrives and comforts Phyllis as he notes she’s made a hot mess for herself. Phyllis says he wants a divorce and she’ll give him what he wants. Michael reminds her of his own experiences and advises her to fix this; remind Jack of what was right between them. Phyllis decides he’s right. “I’m going to win him back.”

Spotlight on… Last week’s soap summaries: A major escape, a corpse, and a bag full of money

Jack arrives at the ranch. Nikki reluctantly leaves him with Victor, who offers him a drink. Jack wonders if he’d care to admit he started all this. Victor isn’t responsible for Phyllis’ behavior. They rehash the Paragon virus and Marco. Victor didn’t put his brother Billy in his wife’s bed. Jack can’t believe he tried to make peace with Victor – this war never ended; it just escalated.

Nikki finds Dylan at Crimson Lights. Sharon also appears. He says it’s their lucky day and tells them about the restraining order. Nikki thinks it’s for the best. Sharon admits she’s happy, but doesn’t want it to come between them. Dylan reassures her that what ends a relationship is lies; but that’s not them.

Kevin meets Chloe in the park and promises no more questions about Bella’s dad. Chloe shrugs – she never thinks about the guy anymore.

Phyllis goes on camera with GC Buzz to set the record straight about the rumors circulating about her personal life.

Lily, Devon, and Neil watch Phyllis give her statement.

Jack tells Ashley she was right. Ash asks, “Oh yeah, about what?” Jack replies, “What I do next.” 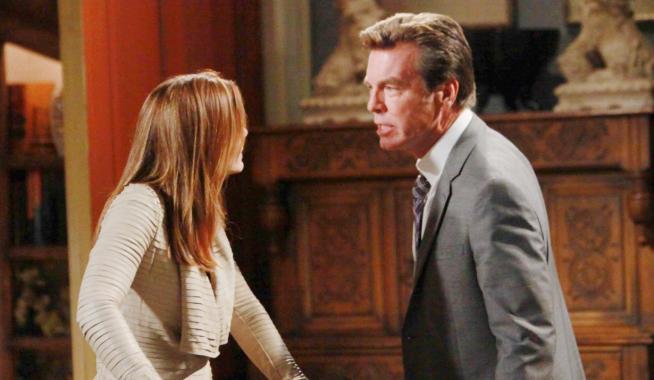 Y&R Day Ahead Recap: Jack makes a shocking announcement to the board 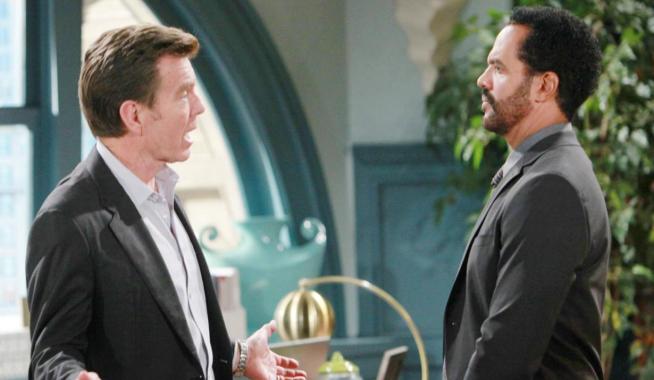