Y&R Day Ahead Recap for Tuesday September 13, 2016: Nick is concerned about Chelsea, Jill confronts Colin, and Phyllis talks to Summer about Jack. 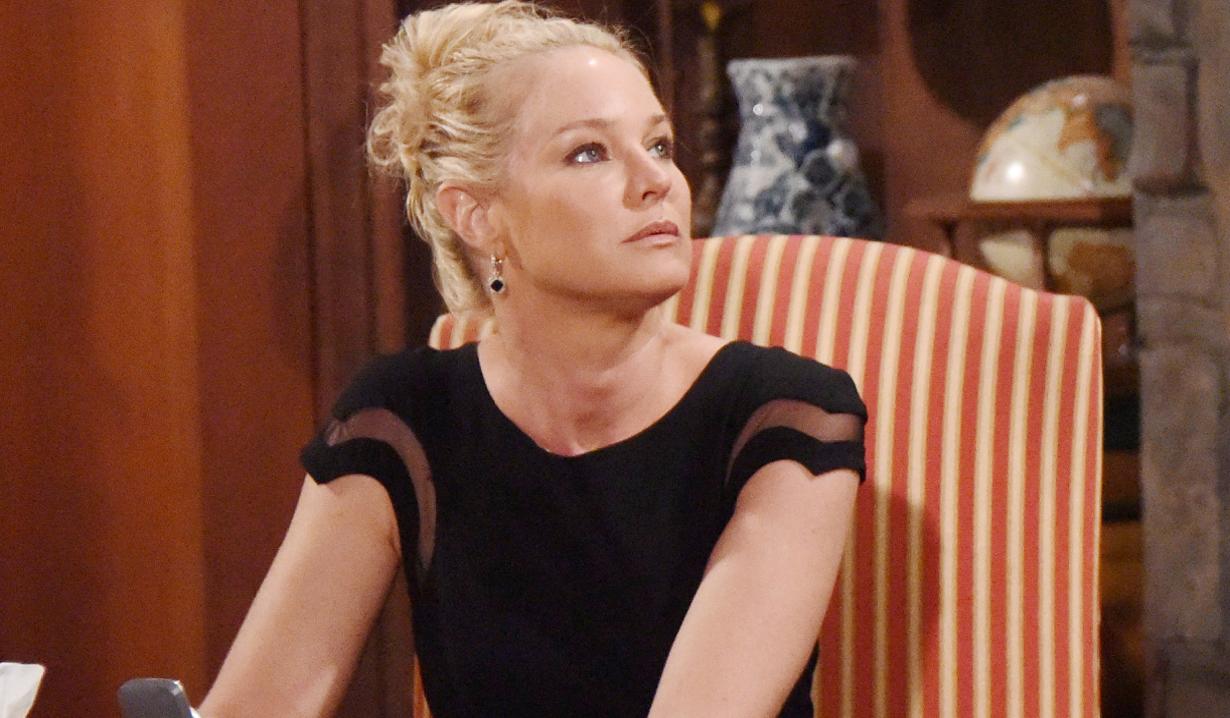 At the penthouse, Nick has come to help out, but Chloe has the kids covered and says Chelsea went back to work. They bicker over whether it’s too soon. Chloe feels she needs to be reminded that there’s life without Adam. She complains that the penthouse is full of memories of Adam. Nick understands grieving and knows you can’t fight it by pretending it doesn’t exist. Chloe thinks he should respect Chelsea’s wishes and let her grieve her own way. Nick says if it hurts her more he can’t do it.

Chelsea flashes to the cabin explosion in her studio as Sharon arrives. When Chelsea learns Sharon pushed the dates back for the new line due to Adam’s death, Chelsea goes ballistic. She snaps that she has grieved for Adam before and sends Sharon home to reevaluate her job description. Chloe arrives as Sharon exits. Chloe confesses that she’s the one who gave Sharon the go-ahead; Chelsea can blame her for everything going wrong in her life. Chelsea learns Chloe talked to Nick and he disagrees about how to grieve. Chelsea is sorry for snapping at Chloe and Sharon, but she can’t look back. Chloe will make the calls to reinstate everything that was pushed back.

At Crimson Lights, Nick spots Sharon perusing the want ads. She fills him in on Chelsea’s blow up. Nick assures her not to take it personally. He’s heading over to the studio to convince Chelsea to take time off. Sharon’s glad Chelsea and Connor have him in their corner. Nick will put in a good word for her. Once alone, Sharon gets a call from an unknown caller that doesn’t speak. She makes a call to find out who is behind the calls, but the phone company won’t help. Sharon is trying to undo what she did at work when Chloe joins her. They bond over losing a child.

Nick joins Chelsea at work and tries to ‘talk sense’ into her. He suggests she take time to grieve and help Connor to adjust. It’s not okay to pretend she’s not in pain. Chelsea releases him from his promise to Adam and sends him packing. She cries.

Colin canoodles with Jill in the Chancellor living room. She warns him not to exploit what she told him about Phyllis and Billy. Colin won’t exploit Billy. Billy arrives and acts concerned about Jill’s health. Colin chortles that she hasn’t told him the truth yet and exits. Jill admits she only had acid reflux. Billy reports that he and Phyllis are done, but it was her choice, not his. He laments that he wanted to go public, which would have cemented his bad reputation, but Phyllis decided to focus on her marriage. He congratulates Jill on getting what she wanted – he was dumped. Jill breathes, “My God! You love her.”

At the marriage counselor’s office, Phyllis takes responsibility for the problems in her and Jack’s marriage. She and Jack explain about Marco and how she still sees him when they make love. Phyllis talks about the wall between them. They reveal that Phyllis turned to Jack’s brother for understanding. The counselor thinks they can work through it. After, Jack and Phyllis go their separate ways outside.

At the park, Phyllis learns Summer wants to return to school. Phyllis tells her she and Jack saw a marriage counselor and he shut down on her a bit. They rehash Summer’s troubles with both Austin and Luca. Summer advises Phyllis not to give up on Jack. Across the way, Billy appears. Phyllis sees Summer off, and then tells Billy she and Jack saw a marriage counselor. Billy fills her in on Jill’s indigestion, and that she knows they split up. He wants to kiss her. Phyllis tells him to shut up and not say anything.

Jack arrives at the Chancellor estate and fills Jill in on Colin seeking one million dollars from him for information he has on Phyllis. He thinks Jill knows what it is. Jill tells Jack he’s too smart to fall for this, and counsels him not to give Colin a dime. Once alone, Jill confronts Colin, who claims he only promised not to blackmail Billy. Jill informs him Jack is off-limits. She says Phyllis and Billy have split and she just has to break up Victoria and Travis, and all will be back on track. Colin tells her, together, they can move mountains. Jill exiles him to the Club.

By the Club bar, Colin thanks Jack for throwing him under the bus with Jill. Jack wants to talk, but Colin heads to his suite…smiling. Jack is soon there, asking if Colin tried to con him. Colin admits it was bogus information. Jack muses that Jill would have liked that answer and produces a bag of money to do business.

Ashley finds Billy getting drunk with a red-haired woman at Brash & Sassy.

Chelsea asks Victor, “Haven’t you stolen enough from me?” Victor says he’s not there to take; he’s there to give.

Jack throws a wad of bills at Colin, and says, “Answer me, Colin.”