Colin offers up personal information on Phyllis for a million dollars 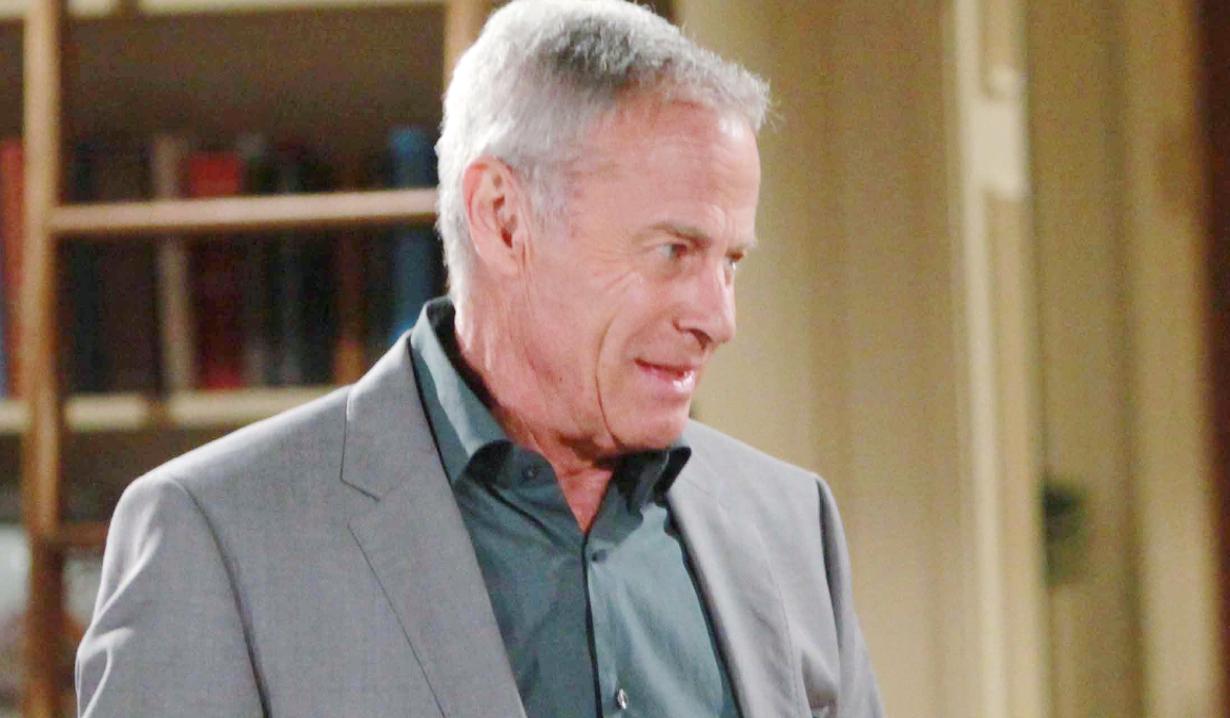 At the Chancellor estate, Jill huffs and puffs as she rants at Billy that he is going to torpedo his family over Phyllis, who’s not worth it. She holds her chest and cries out. Billy’s not buying her medical crisis. Colin rushes in and asks what Billy’s done to her. Billy snarks that he was born and it was downhill from there. Jill gasps for them to call 911.

In the park, Phyllis cries to Jack that he’s right – every time she’s with him she sees Marco. Jack asks, “Even when we make love.” Phyllis’ expression gives him his answer. “Oh God…” Phyllis says she’s broken inside. Jack makes a speech about starting over and healing their marriage together. He wants them to have complete honesty and to go to a counselor. Phyllis doesn’t deserve him. Jack needs her. She agrees to seek help and thanks him for not giving up on her.

In the Club dining room, Abby digests the news that Stitch is ready to try for a baby. She reflects on all the trauma in their lives. Stitch gets paged; they’ll talk more later. Nearby, Summer meets with Victor about Luca. She feels bad for keeping him around. Victor admired her courage in standing up to everyone – she’s a chip off the old block. Summer credits Jack for looking out for her and suggests a truce. Victor isn’t interested, but assures her everything’s fine.

Summer and Abby meet up at Crimson Lights. Abby notes that she pushed for this, so how can she say no? Summer advises her to be honest with Stitch about how she feels.

At the hospital, Jill tells Billy to get out of her room. Stitch informs Jill she has acid reflux. Jill is irked. She wants to tell Colin and Billy herself. In the corridor, Billy and Colin bicker. Stitch sends them in. Jill feigns exhaustion and groans that the ‘episode’ was brought on by extreme stress. Billy apologizes for his role, and leaves. Jill and Colin crack up. Colin presses to find out who Jill has something on. She finally admits that Billy had an affair with Phyllis. She orders him to keep it to himself. Elsewhere, Abby tells Stitch she doesn’t think they’re ready for a baby. She thought they’d be separating. Stitch protests that they can fix this and hugs her. Abby looks uncertain.

At Sharon’s place, Dylan grills her about why she’s afraid of Victor. Sharon cites Victor’s history of going after people. Dylan’s not afraid, and feels there’s something more. Sharon is frustrated and heads out the door as Mariah arrives. Dylan tells her she doesn’t have to cover for Sharon anymore. Mariah plays it cool and Dylan goes upstairs to see to Sully. Sharon returns, and Mariah warns her she’s freaking Dylan out. She advises her to find a cover story to stick to, or tell Dylan the truth. Dylan reappears. Sharon informs him she’s keeping a secret. She and Mariah cook up a story about Mariah going to see Victor to see if he’d let something slip. Dylan still won’t back off Victor.

At the Chancellor estate, Billy updates Phyllis on Jill’s trip to the hospital. Phyllis informs him it’s over between them. She and Jack talked, and it was different this time. Their affair was about her running from herself, and she’s been punishing Jack for looking like Marco. Billy reminds her he’ll always look like that. Phyllis and Billy both cry. She tells him he’s not her husband, and she won’t cause any more pain. Later, Jill arrives and Billy informs her he and Phyllis are done.

In the Club foyer, Victor overhears Jack make an appointment with a marriage counselor. Victor notes that Phyllis wasn’t at the memorial and he and Jack spar verbally. After, Colin joins Jack at the bar. Jack says he has a date with his wife. Colin muses that Phyllis is just the person he wanted to chat about. He offers up information of a personal nature on Phyllis for a million dollars. Jack tells him to go to hell. Colin smirks.

Chelsea tells Sharon to take the day off and reevaluate her job description while she cleans up the mess that she’s made.

Chloe says to Nick, “You told Adam that you would look after the family, but I really think that you need to respect Chelsea’s wishes.”

Jill grimaces as Jack says, “Whatever Colin knows about my wife, you know what it is.”

Phyllis admits to lying, Jill and...

Chelsea snaps on Sharon, and Jack...