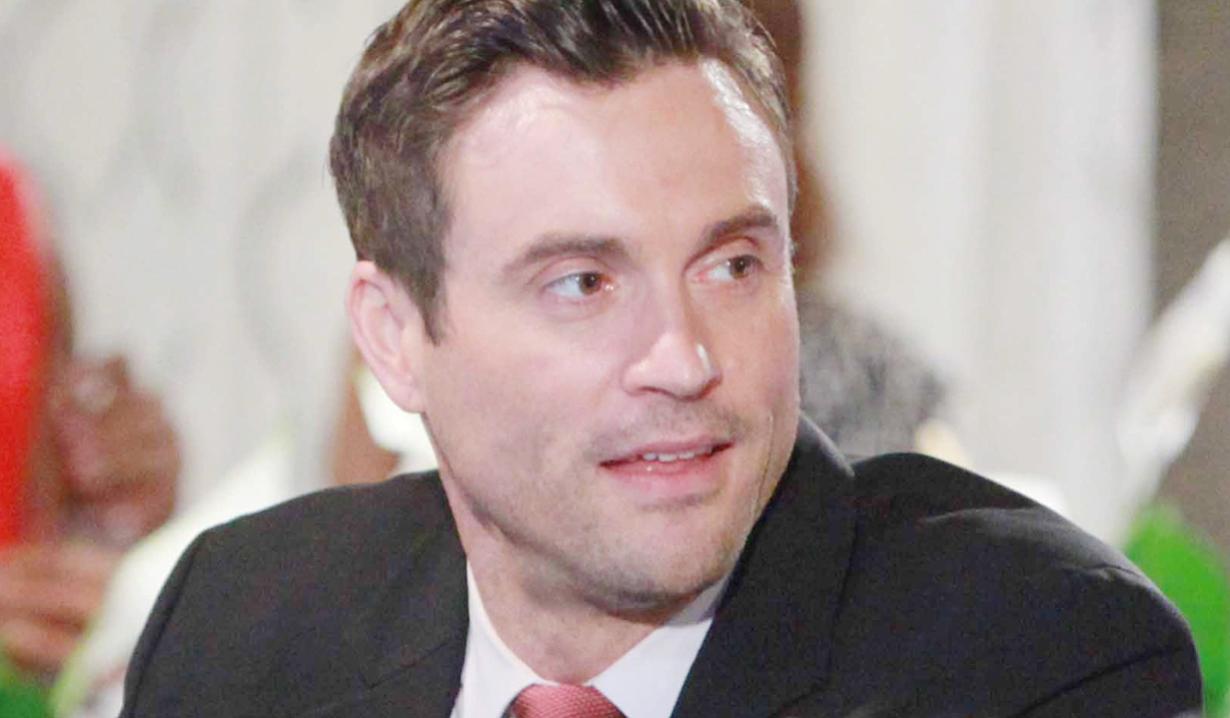 At the Top of the Tower, where Adam’s memorial will be, Sharon and Nick talk about him taking care of Chelsea. Nikki enters. She’s surprised to see Sharon, who reminds her she used to be married to Adam. Nick and Nikki bicker about what Victor did to Adam. Michael arrives and chats with Sharon about Adam being a complicated soul. He admits to being angry about how this all went down, and wishes he’d done more. Nearby, Nikki and Nick continue to bicker about Victor manipulating Adam’s life. Nikki insists he’s in agony and is searching for redemption.

Victor arrives at the penthouse and assures Connor he will always protect him, as Chelsea and Chloe look on. Chloe takes Connor upstairs. Chelsea reminds Victor he may not have been responsible for the explosion, but he started all this and Connor is none of his business. Victor counters, “I’m his grandfather.” Victor says he didn’t cause the explosion, but feels responsibile. Chelsea places her hand on his arm. Victor lets her know if she wants to relocate and start a new life with Connor, he won’t stand in her way. “I’m deeply sorry.” After, Chelsea tells Chloe that Victor was different – like if he could give her closure, he would.

In the Father Knows Best house, Victoria talks to Travis about how much Adam loved Chelsea and Connor, and how he was like Victor, who blames himself. Her family will never be the same. Victoria spots the ticket for Seattle, and remarks that she’s not leaving her family. Travis informs her Billy’s not going either, and felt they should go together. Victoria grouses about Jill trying to push her back toward Billy with a bogus business trip. Travis got the sense Billy wanted to be somewhere else. Victoria wonders what his angle is, but then decides she doesn’t care.

Cane arrives at the Chancellor Estate, just as Billy’s left Phyllis a voice message, and complains about Jill leaving him out of the Seattle trip. Billy suggests he go and not tell Jill until he gets back. Cane thinks Billy is up to something. Billy convinces Cane to go. After, Billy sends Phyllis a text that he’s going to the cabin. He wants her there but won’t beg.

At Jabot, Abby joins Jack and Phyllis and talks about Adam’s death affecting Victor. Phyllis is floored that she feels sorry for Victor, whose plan backfired. Ashley intervenes. Phyllis insists Adam is dead because of Victor and no one else. She rants that they’ll all line up while he milks it. Abby thinks Phyllis has a stone for a heart. She and Ash exit, and Phyllis argues with Jack about going to the memorial service where Victor will be. She can’t understand how he puts what happened in a box, and wants her to play nice. Jack insists he is going for Adam, not Victor, but will go to the memorial and acknowledge Victor’s loss. Phyllis guesses he’s a better person than her. Jack goes on about her being decent and loyal. Phyllis loves him for saying it, but it’s not how she feels. In the elevator, she reads Billy’s text.

Abby and Ashley rehash Phyllis’ words at the Club. Abby reflects that she needs to let go of the anger and heal. Up at the pool bar, Cane is on the phone with Jill – he lets her believe Billy and Victoria are going to Seattle.

Victor arrives at Adam’s memorial and tells Nikki that Chelsea will get Connor through this. Nick says they’re Newmans – if they stay together they’ll be fine. Abby and Ashley arrive. Abby will give Victor an extra hug for Summer. Nick greets Chloe, Chelsea and Connor, who goes over to Adam’s portrait. Jack kneels down to talk to the boy. Nikki hugs Chelsea, who then thanks Nick for organizing things. Jack tells Victor he’s sorry for his loss. Victor appreciates it. Nick begins the service by sharing his own thoughts about Adam. Victor speaks next. He says falling for Chelsea made Adam a better man and their life was cut short. He glares at Chloe as he says there are certain things he needs to explain.

At the cabin, Billy pours a drink. Phyllis enters. She talks about Victor. Billy agrees he’s the last person who deserves her sympathy. Phyllis says Billy gets her. They start kissing.

Victor says, “If you all wonder who is to blame…” Nikki interrupts. “Victor don’t do this.”

Jack says, “We can’t control the people we love.”

At the cabin, Billy and Phyllis make love on the floor.