Jill plots to cut Travis out, Victor mourns, and Ashley is suspicious

Y&R Day Ahead Recap for Tuesday September 6, 2016: Phyllis and Billy share a close encounter, Victoria comforts her father, and Nick and Chloe witness a difficult conversation. 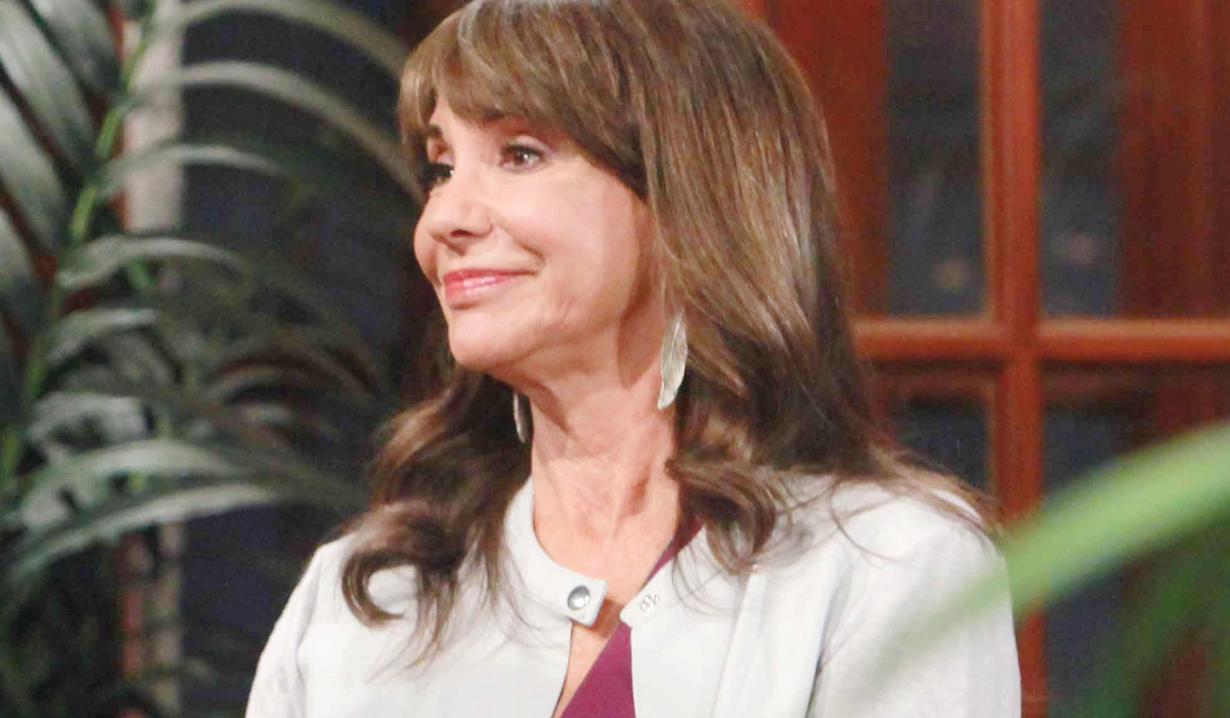 Phyllis enters Brash & Sassy and confronts Billy about what happened at the dinner. Billy wants her and needs her. They debate about being together. Billy can’t go through the day thinking it might never happen. Jill approaches and Billy steps out to meet her. Billy says he was talking to his computer. Jill announces that she is sending the team on a business trip to Seattle tomorrow. Billy thinks she needs help from Matchmaker’s Anonymous. After, Billy tells Phyllis he doesn’t want to go on the trip – he’d rather be there with her. Phyllis urges him to go on the trip. Up at Jabot, Ashley asks Jack if everything is okay. Jack insists he and Phyllis are fine. Ash asks, “Okay, what about Billy and Phyllis?” Jack is no longer concerned about Billy’s influence on her. They talk about hating Victor. Jack isn’t interested in the rivalry any longer and hopes Phyllis will get there too. Ash still doesn’t seem sold on Jack’s marriage being okay.

In Victor’s car at the ranch, Chloe tells Victor that she wasn’t at the cabin. They bicker about who caused the explosion. Chloe insists it wasn’t her, and if Victor’s also innocent, perhaps Adam rigged it himself for some reason. She feels Adam is alive – she knows she didn’t kill him. Victor warns if he finds out she did, may God protect her.

At the station, a grieving and distraught Chelsea is first in denial, and then bent on making Victor pay for Adam’s death. Nick convinces Chelsea that Victor didn’t murder Adam. Chelsea tells him the police want to charge her. Nick joins Michael, Dylan, and Paul and insists Chelsea be let go. Michael says Chelsea believes Victor’s responsible. Nick counters that she knows he’s not. Nick presses Paul and Dylan – since when is a case more important than a woman in pain? They tell Chelsea she’s free to go.

In bed at Victoria’s house, Travis confirms to her that he’s glad he came back. All she wants is to be with him during this family crisis. Later, Jill arrives, takes in Travis with his unbuttoned shirt and informs Victoria that she, Cane, and Billy are going to Seattle on business tomorrow. Victoria gets a text from Dylan and leaves Jill with Travis. Jill gets up to speed on the Travis and Victoria story. Travis knows Jill wants Victoria with Billy, but assures her he’ll make Vikki and the kids happy. Jill leaves, and Travis isn’t even surprised when Billy comes in the back. Billy overheard the conversation and complains about his mother. Billy lets Travis know he is declining Jill’s business trip – he thinks Travis should go to mix business with pleasure. Billy confirms he has something better to do.

At Brash & Sassy, Jill phones Cane and informs him Victoria and Billy can handle the business trip alone. At Jabot, Ashley and Phyllis are chatting when Jack shouts on the phone. He hangs up and fills the women in on Adam’s death. Jack worries about Chelsea and Connor as Ash and Phyllis comfort him.

At the station, Dylan informs Victoria of Adam’s death. She rushes off. Paul appears and tells Dylan the explosion was accidental due to a propane leak, and not a homicide. Dylan is irked he wants to close the case again.

Michael finds Victor sitting in the shadows in his office and tells him the DNA at the explosion site was Adam’s. Victor cries. Michael adds that Chelsea went home to Connor, thanks to Nick who also convinced the police of Victor’s innocence. Michael remarks on Chelsea’s devastation. Once alone, Victor mourns and flashes to his last meeting with Adam. Victoria enters. They embrace. Victor blames himself for Adam’s death.

Spoiler video: As Victor grieves, many gather for Adam’s funeral

Chloe returns to the penthouse and Nick wonders where she’s been. Chelsea informs her about Adam. Chloe embraces her – they’ll get through this together. Chloe questions Nick about the investigation. Nick says they’ve no proof of wrongdoing, so for now it’s over. After, Nick and Chloe listen through the baby monitor as Chelsea tearfully tells Connor that Daddy’s not coming home.

Jack will go to Adam’s memorial and will acknowledge Victor’s loss.

Victor tells Chelsea if she wants to go somewhere else and start a new life with Connor, he won’t stand in her way.

Neil and Chelsea’s worlds are...