Chloe enacts her most nefarious plan ever, with explosive results

Y&R Day Ahead Recap for Thursday September 1, 2016: Neil faces the truth of his past, Victor refuses to cooperate, and Nick receives a call for help. 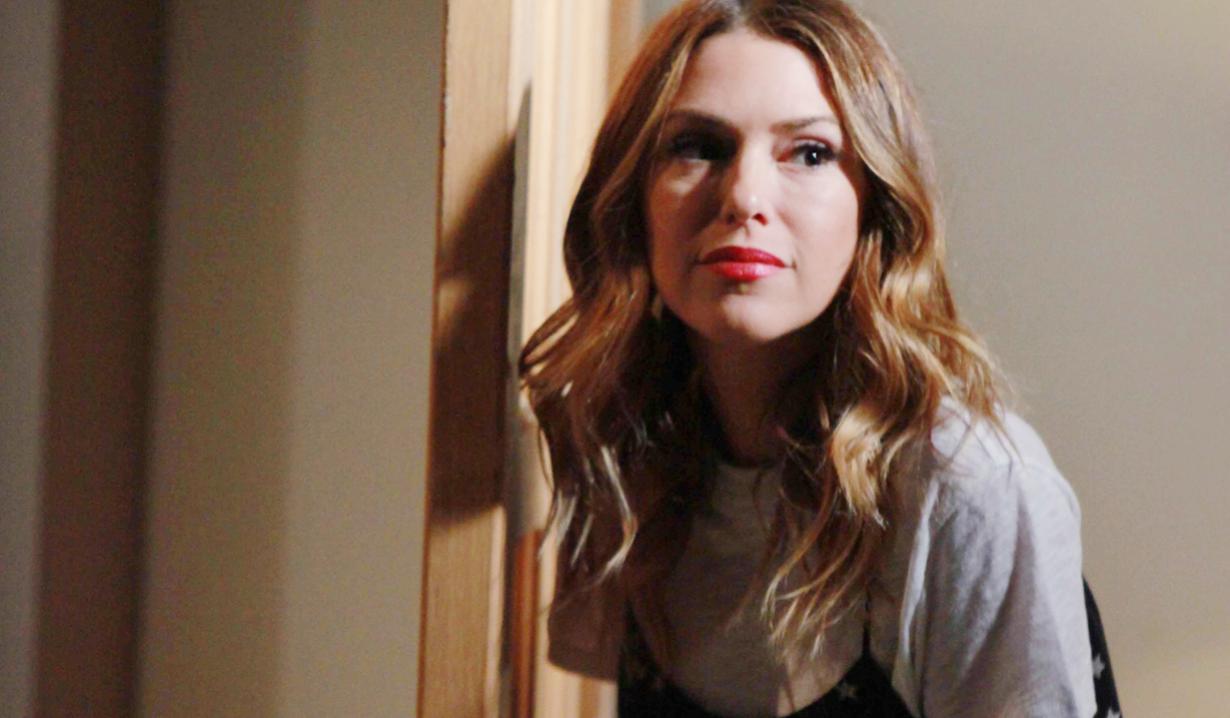 At the GCPD, Dylan holds a press conference and puts out an Amber Alert for Chelsea and Connor. Christine confers with Paul and Dylan. Dylan wants to press Victor, but Christine suggests another approach.

In the cabin, Adam is determined to turn himself in so that Connor can get medical treatment for his ear infection. Chelsea decides to take Connor herself and come back. At least if she gets caught, he’ll get away, and they can meet later. Chelsea and Adam express their love and part. Once Adam is alone, Chloe arrives and shoots him in the gut with a tranquilizer dart. Dazed, he listens as Chloe says she couldn’t let him walk away again, and admits to working with Victor. She’ll never forgive him. Adam blearily asks what her plan is. Chloe is going to watch him die.

In the car, Chelsea realizes there is an Amber Alert out for her and Connor, and panics.

Jack arrives at the ranch, where Victor and Nikki have just watched Dylan’s presser. Jack is upset about Chelsea and Connor being dragged into a manhunt and urges Victor to get Adam to turn himself in. Victor and Jack rehash who has been a more of a father to Adam. Paul and Christine arrive. Chris is set to offer Victor a deal – they won’t charge Chelsea if he outs them. Victor won’t cooperate. Paul and Christine file out. Jack questions Nikki’s integrity. Nikki urges him to focus on his own marriage and stay the hell out of theirs. Once alone, Victor reassures Nikki.

At Sharon’s place, Nick grouses to her about Dylan not giving Adam and Chelsea much time before holding the press conference. Sharon defends her husband. Dylan enters and Nick shows his irritation; he wonders who will raise Connor if both his parents are caught. Dylan replies, “Victor.” Sharon wants to focus on making sure the missing trio is okay. Nick gets a call from Chelsea, who is at a hotel and needs his help.

At Chelsea’s hotel room, Nick thanks the doctor for coming and being discreet. He’ll take Chelsea and Connor back to Adam. Chelsea leaves Adam a voicemail that she’s on her way back with Nick.

Back at Sharon’s place, Dylan gets a call that Chelsea’s car’s been spotted.

At the Club, Devon warns Lily not to expect too much from Neil’s meeting with Lucinda. Sometimes the past needs to stay in the past. They speculate about Neil’s history with his mother. Lily thinks she loved him because of the letters. Later, Paul and Christine canoodle over dinner. A friendly woman (Lee Phillip Bell) pays their bill – they make her think of her and her late husband.

In the assisted-living facility, Lucinda bids Neil to come closer – he’s grown into a fine man. She lists off his accomplishments. Neil wonders why she bothered keeping up with his life. He confronts her about cheating on his father and leaving them. Lucinda insists she didn’t have a choice. Neil isn’t buying it. She could have arranged for visitation but she didn’t. Lucinda protests that he doesn’t understand; it wasn’t that she didn’t want to be a mother to him; she was in no condition to do so. Neil continues to rant. Lucinda wonders if he wants to shut up and listen or keep yelling. Neil listens. She reveals that she is an alcoholic and left to keep him safe. Neil cries. Lucinda explains that when she cleaned up and tried to get back in his life, he made it hard. She’s been trying to make amends. Neil tearfully admits he’s an alcoholic too. He understands making amends is important and offers his forgiveness. Lucinda regrets the pain and lost time, but she knows she made the right decision because of the man he’s become. Neil sobs as she says she’s proud of him. Lucinda asks him to stay with her.

Kevin is awakened by Daniel’s arrival at the penthouse. Kevin explains he’s helping Chloe. Daniel knows he wants more than to be a good buddy. Over a beer, Daniel warns Kevin to be careful. Kevin crows about how well he knows Chloe. When Bella cries, Kevin brings her downstairs, telling Daniel he’ll let Chloe sleep. Daniel tells Kevin that Chloe’s a lucky woman and leaves.

In the cabin, Adam is unconscious. Later, outside, Nick, Chelsea and Connor pull up. As Chelsea gets out and approaches the cabin, it explodes in a fireball. Nick screams, “Chelsea!”

Paul tells Dylan there was an explosion at a cabin about five miles from there. A witness saw a man, a woman, and a child.

Chloe pants from running through the secret passage into Chelsea’s closet.

Nick frantically tells Connor he’ll be right back and exits the car. 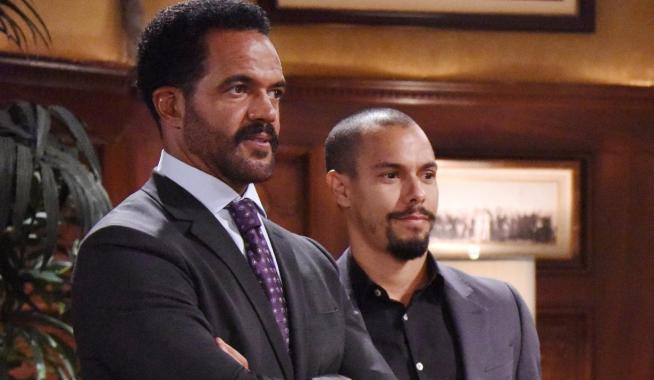 Adam and Chelsea face a crisis, and Neil is furious with Lily and Cane 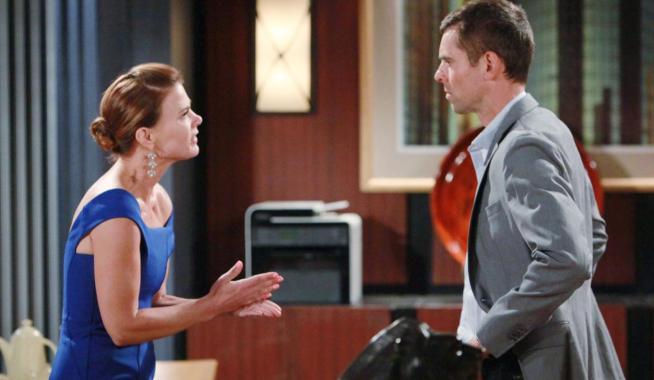