Adam and Chelsea face a crisis, and Neil is furious with Lily and Cane

Y&R Day Ahead Recap for Wednesday August 31, 2016: Dylan wrestles with a moral dilemma, Kevin supports Chloe, and Devon reasons with his father. 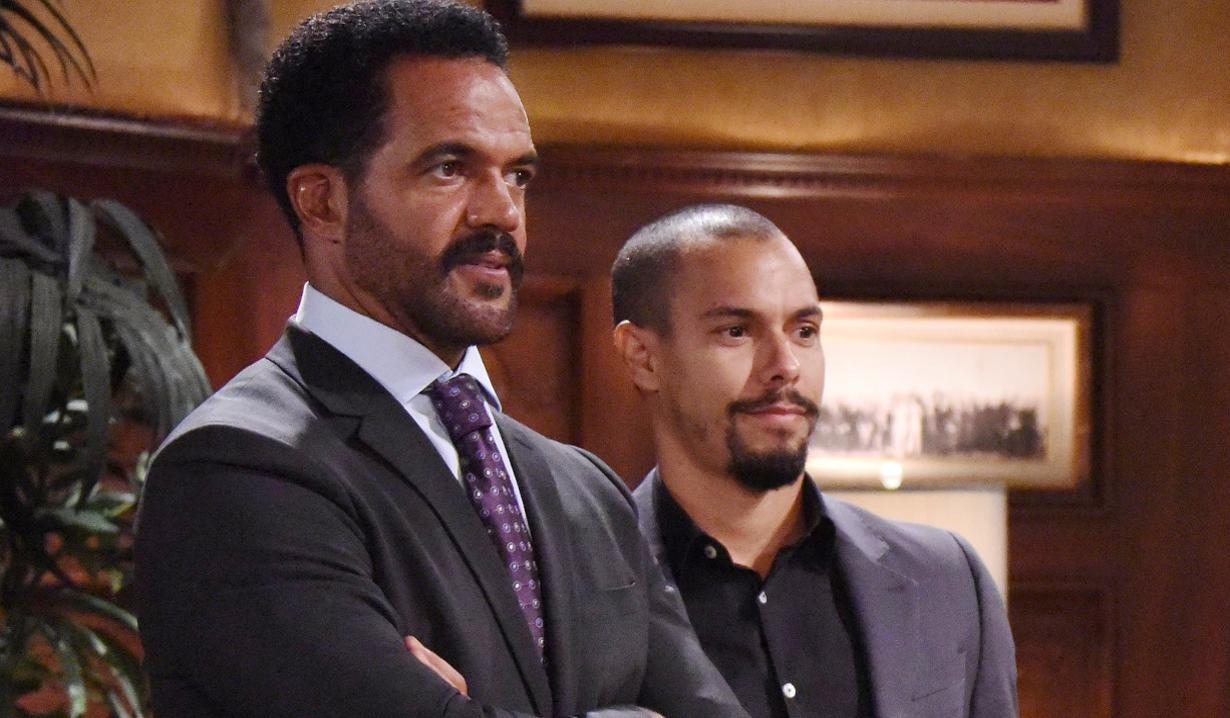 At the police station, Paul’s in an uproar about Adam’s escape. He wonders to Dylan how Chelsea and Connor were transported from the penthouse. Once alone, Dylan opens his computer – he has a security photo of Chelsea in a car and the license plate number. Sharon enters, and he closes the laptop quickly. Dylan agrees to take a break with her. Elsewhere, Paul grills Chloe and Kevin, who wonder why he’s not questioning Nikki. Paul lets them leave.

At the park, Dylan tells Sharon about his lead, and confides that Nick asked him to let Adam go free. Sharon’s impressed. Dylan worries Nikki’s involved somehow, and is torn about what to do. They muse about Adam having no choice but to trust Victor. Dylan understands – he’d make a deal with the devil himself to stay with Sully and Sharon. She decides Nick was right. “Let them go.” Dylan frets about jeopardizing his career and family – withholding evidence is a felony. Sharon asks what he’ll do. He doesn’t know.

In the Club, Neil grumbles to Devon about Hilary keeping his mother’s letters. Cane appears with Lily, who informs Neil this is not just about him, it affects the entire family. Devon defends Hilary. Cane and Lily announce they went to see Neil’s mother who is in an assisted living facility not far away. Neil is irate. He wants nothing to do with that lady. Lily and Cane inform him she’s really sick and they weren’t allowed to see her since they’re not immediate family. They wonder if Neil’s prepared to let her die alone. Neil tells them it’s too late and walks away. Lily sends Devon after him. At the pool bar, Neil grouses to Devon about Cane and Lily. Devon thinks his mother, Lucinda, might have a different viewpoint. He reminds Neil about the power of forgiveness. Later, Devon reports to Lily that Neil has gone to visit Lucinda.

At the cabin safe-house, Chelsea and Adam canoodle in bed and talk optimistically about their new life. After, Connor joins them and they discuss waiting for the plane that Victor has scheduled to come for them tonight. Adam decides to take Connor fishing and amuses Chelsea with his lack of expertise with a fishing rod. There’s more talk about being together forever and how lucky they are. Chelsea checks on Connor – he has a fever and is rubbing his ear. Adam notes he will need antibiotics and can’t fly with an ear infection. He decides Connor must go to the hospital, so he will turn himself in.

At Crimson Lights, Chloe checks in with Esther and Bella. Chloe tells Kevin that Bella’s her whole world. Kevin decides Nick was right and Dylan should back off and let Adam and his family get away. Mariah hears and argues the point – Adam nearly choked a man to death. Chloe says locking Adam up takes another father away from his son. Mariah reminds Chloe she used Adam as a human speed bump. Kevin thinks if Adam’s allowed to go off the grid for good, Chloe and Bella can stay and live in Genoa City.

At the penthouse, Esther returns Bella and then leaves. Chloe notes the place feels empty without Chelsea and Connor. Kevin suggests they mover over to his place. Chloe can’t think past tonight, but thanks him. Kevin offers to stay. Chloe gives him a quick kiss goodnight.

At home, Sharon gets a hang up call. Mariah appears and complains about Kevin’s stance on Adam. Sharon thinks Connor needs his father, like Sully does. She trusts Dylan will do the right thing. Mariah and Sharon are glad they have each other as family.

Paul is knee-deep in dead ends when Dylan returns to the station. He says he may have something – Chelsea’s getaway car.

At the assisted-living facility, Neil hesitantly ventures into Lucinda’s room. He tells her, “It’s me, Neil. Your son.”

Neil wonders why his mother kept up with his life.

Christine and Paul approach Victor looking to make a deal.

Adam gets a dart in the gut.

Colin fishes for Jill’s secret, as...

Chloe enacts her most nefarious plan...