Y&R Day Ahead Recap for Tuesday August 30, 2016: Dylan discovers Chelsea’s escape route, Billy plans to beat Jill at her own game, and Adam worries about a life on the run. 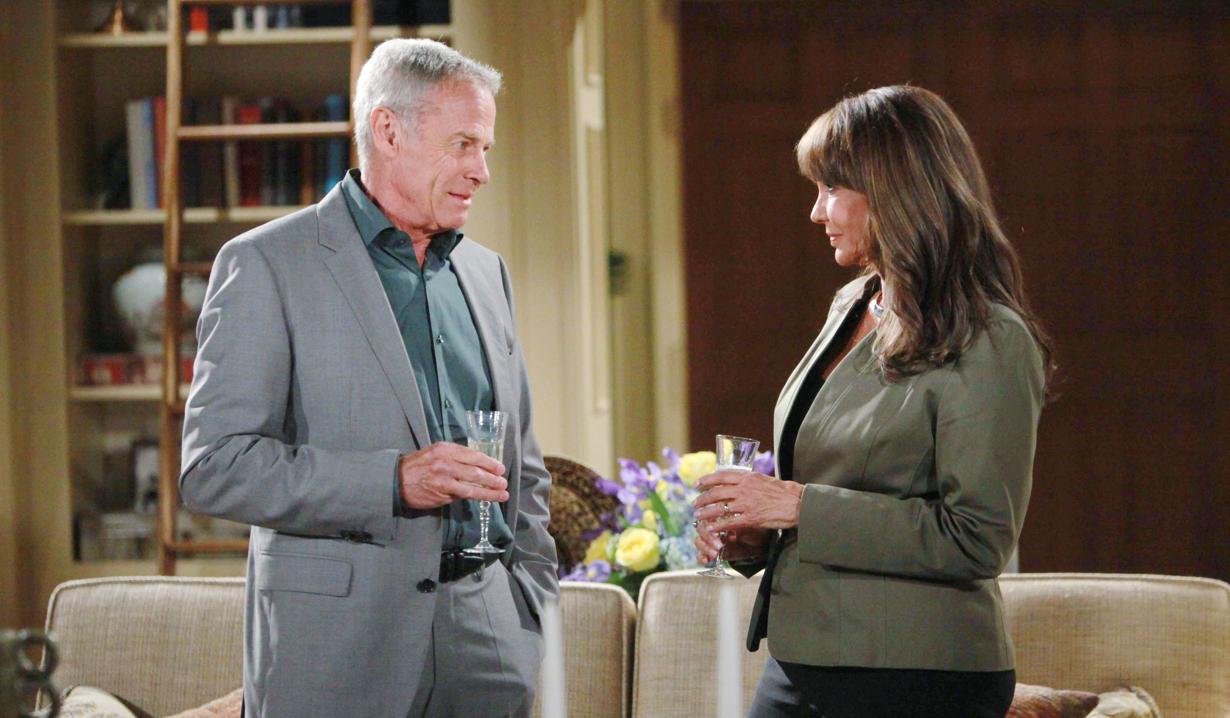 Nick and Jack comfort Summer at her apartment. Jack left a voicemail for Phyllis, who seems to be unreachable. Summer laments not listening to her family about Luca – she finally trusted her gut. Jack reports that Victor’s ranch is being searched because Adam escaped. Nick says he and Dylan believe he’s behind it. Jack will stay with Summer while Nick checks on Chelsea.

At Jabot, Phyllis confirms to Billy that Jill knows all about them and has been holding it over her head for weeks – she threatened to go to Jack. Billy announces he’ll fix this tonight. He’ll show his mother how blackmail is really done. Phyllis tugs his arm to stop him. Billy fills her in on Jill’s plan to reunite him and Victoria. Phyllis worries if he confronts Jill she’ll blow up her marriage. Billy retorts, “Let her.” Billy is determined they can still be together and Jill won’t win. Billy asks if she wants to be with him. Phyllis notices a 911 message from Jack. She learns Summer needs her and exits.

Soapbox! Daniel returns to a parallel universe where the Newman kids love Adam

In the Chancellor mansion, Colin tries to butter up Jill with catered goodies. Jill laughs that he’s slipping and chides him for his ‘innocent’ act. Colin admits he wants to know what she’s up to in Genoa City. Jill agrees to answer one question. Colin asks, “What are you holding over Billy’s head.” Jill replies, “Not a damn thing.” Colin is frustrated. Jill goes for a bath. Billy enters and insults Colin a couple of times. Colin hints he’s the only person who can help with his problem. He offers to get Jill away to Chicago…for a price of course. Jill appears. Billy tells her Colin’s fishing – in a dry lakebed. He goes to check on the kids. Colin muses about Jill’s earlier denial being carefully worded – she’s holding something over someone. He wonders who it is.

Phyllis joins Jack and Summer at the apartment and gets up to speed on the scene with Luca. Summer credits Jack with saving her. She beats herself up some more about her mistakes and bad luck with guys. Summer thinks love just gets your hopes up and makes you fall for the wrong guy. She hopes she finds a love like theirs one day. Once alone, Phyllis tells Jack her phone had been on silent. It rings – it’s Billy. Phyllis lies that it’s Harris from legal. Jack steps away. Phyllis tells Billy he’ll have to wait – Summer needs her.

Kevin and Chloe tell Dylan that Chelsea has disappeared from the penthouse and they’ve no idea how. Dylan snaps on some gloves and checks the bedroom. He soon discovers the door to a secret tunnel in the back of the closet. Downstairs, Chloe worries to Kevin that she’ll never see her friend again. Dylan comes through the front door – he solved the mystery of how Chelsea got out. They marvel at the news of a secret passageway. Nick arrives. Dylan accuses him of helping Adam since the passageway leads to where he used to live, but then apologizes. Chloe worries Chelsea’s in danger since there’s a dragnet. Nick laments Adam’s life being taken from him. He urges Dylan to look the other way. Kevin notices Chloe’s expression as Dylan argues with Nick. Nick insists Dylan is Adam’s best shot at keeping what matters to him most – his family.

Adam and Chelsea cuddle on the porch of the safehouse. He’s worried about the guard he hurt and about going on the run. Chelsea reassures him. Adam points out if the guard dies it’s a lifetime of running from a murder charge for all three of them. He fears Connor learning they’ve lied to him once he discovers the Internet, and coming to hate them. Chelsea insists their decisions are coming from love. Adam loves her even more. They make love. After, Chelsea awakens from a nightmare that Dylan and the cops are dragging her out of the bed.

Cane says to Neil, “We did what you should have done a long time ago.” Lily adds, “We went to see your mother.”

Kevin says to Mariah (as Chloe looks on), “If he’s off the grid forever, Chloe and Bella can live their lives.” Mariah asks, “Here?” Kevin confirms, “Yes. Here.”

Sharon says to Dylan, “Nick was right. Let them go.”

Chelsea and Adam cuddle in bed.

Adam and Chelsea face a crisis, and...