Y&R Day Ahead Recap for Monday August 29, 2016: Chelsea and Connor join Adam, Jack faces off with an emotional Luca, and Daniel bonds with Mariah. 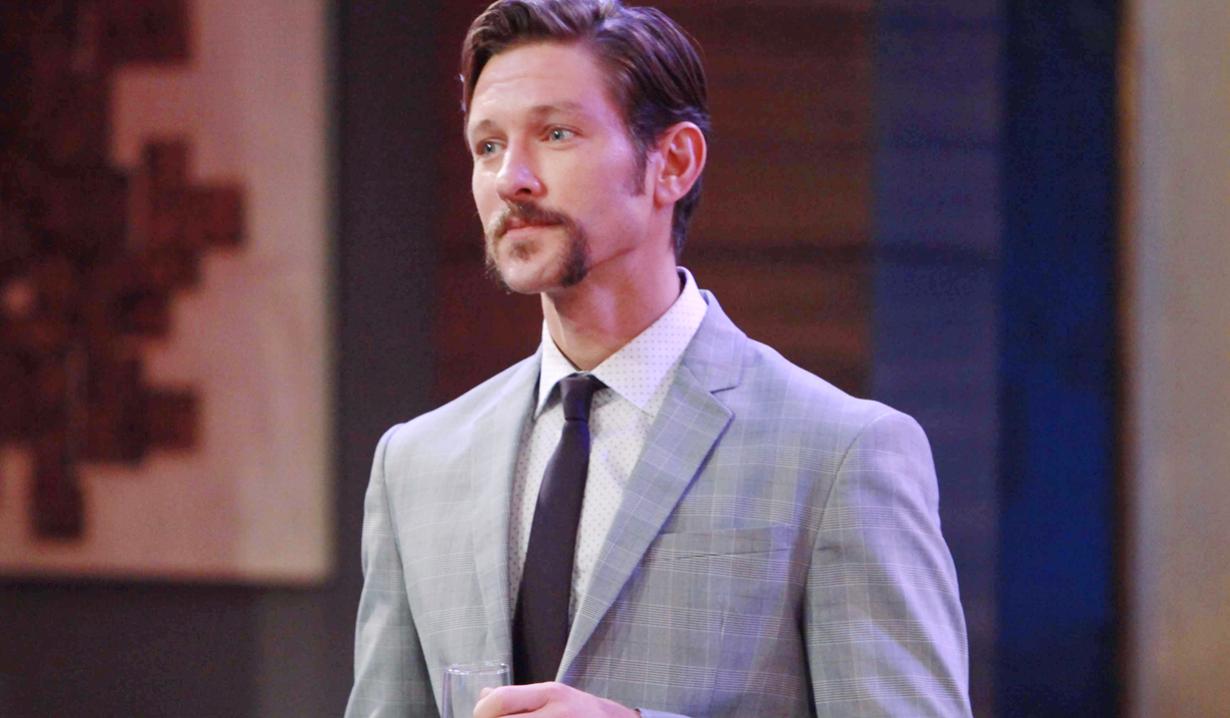 At the penthouse, Chelsea video chats with Adam, who says they have to follow Victor’s instructions – they’ve no choice but to trust him if they want to be together. Chelsea worries but Adam insists it will work out. They express their love. Downstairs, Nikki reassures an antsy Chloe. Kevin wonders how Nikki’s so sure Adam’s not going to show up there. Chelsea reappears, much calmer. Nikki is leaving, when Chloe asks if she needs her phone – Connor had it. Nikki shows her phone and goes. Chelsea hugs Chloe before going upstairs. In the bedroom, Chelsea tells Connor they’re going to be with Daddy. Downstairs, Chloe worries about Chelsea’s odd behavior and goes to check on her. She discovers they’re gone and rushes downstairs hollering and looking perturbed.

Soapbox! Daniel returns to a parallel universe where the Newman kids love Adam

Dylan instructs his officers to search the ranch as Victor chews about harassment and complains the cops lost his son. Nick notes this escape would take connections. Victor denies involvement. Dylan tells Victor he’s ‘good’ and warns he won’t let him slip away to enact the rest of his plan. Victor reminds Dylan of the time he took Connor – you protect your son. Later, Nikki arrives as Dylan gets a call that Chelsea and Connor have gone. He puts out an APB and an Amber Alert. Dylan questions Nikki and realizes they stalled him there all night. Victor wishes him luck finding Adam as he leaves.

At Victoria’s house, she and Travis are undressing and getting passionate when Billy uses his key and enters. He came for Johnny’s book, but grills Travis on his intentions. Travis informs him he’s back for good. Victoria goes to get the book. Billy wonders if Travis wants a Sugar Mama. Travis thinks Billy came for Victoria, not a book. They bicker. Victoria reappears. Once alone, Travis asks Victoria if her ex will always find a way back in. Victoria insists they don’t share that kind of love anymore – she’s truly done. She wants something real with Travis. They kiss. Travis deadbolts the door, puts a chair in front, and they start making love on the sofa.

Jack enters Summer’s apartment after hearing shouting. Luca pretends everything’s fine, but Summer tells Jack to call the police. Luca grabs her and orders Jack to put down the phone. “I don’t want to hurt her.” Jack tosses his phone as Summer confirms Luca admitted to sabotaging the oil rigs. Luca is emotional about Summer’s disloyalty. Summer and Jack try to coax Luca – they know he’s a good person. Luca lets go of Summer and they embrace. Jack grabs his phone and dials. The cops arrive and lead Luca out. He tells Summer his love for her was real. Nick arrives and Summer cries in his arms as she and Jack fill him in. Summer beats herself up for putting the family at risk. Nick reassures her. Jack tries unsuccessfully to reach Phyllis.

At the Top of the Tower, Phyllis intervenes between Daniel and Mariah, who thinks he’s to blame for Cassie’s death. Daniel tells the story of the night Cassie died. Phyllis defends Daniel, and leaves them to talk. She tells Mariah to keep her claws in. Mariah warns Daniel she’s the evil twin. They talk more about Cassie, and get to know each other. Daniel says his friend Kevin talks about her a lot. She guesses he knows about the awkward sex. He didn’t. Daniel says Kevin needs her friendship. She snarks that Chloe’s the only one he needs. As she worries about Kevin getting hurt, Daniel sees her resemblance to Cassie – in her heart. Across the room, Phyllis enters the elevator. Billy’s inside. She cracks on him about still having feelings for Victoria and then stalks out – next time she’ll take the stairs.

Billy catches up to Phyllis at Jabot and insists he meant it when he said he loved her. Phyllis isn’t buying it – he still loves Victoria. Billy wonders why they’re talking about Victoria – Phyllis left him and said she didn’t love him. Phyllis blurts that his mother knows about them – Jill’s the reason she had to go back to Jack!

Dylan arrives at the penthouse and Kevin and Chloe insist they’ve no idea how Chelsea left without them knowing.

At the cabin, Adam is reunited with Chelsea and Connor. They’ll never be apart again. Inside, Adam explains all the arrangements for them to relocate. They discuss how she left the penthouse via ‘Gabriel Bingham’s’ secret passageway. They kiss. Adam assures her this will work.

Kevin says to Chloe, “If Chelsea’s on the run with Adam…” Chloe adds, “Then I’m never going to see my friend again.”

At the cabin, Dylan, accompanied by two officers, yanks Chelsea out of Adam’s bed as Adam protests, “Let her go!”

Adam is rocked by Victor’s...

Colin fishes for Jill’s secret, as...