Adam is rocked by Victor’s admission, and Luca shows his true colors 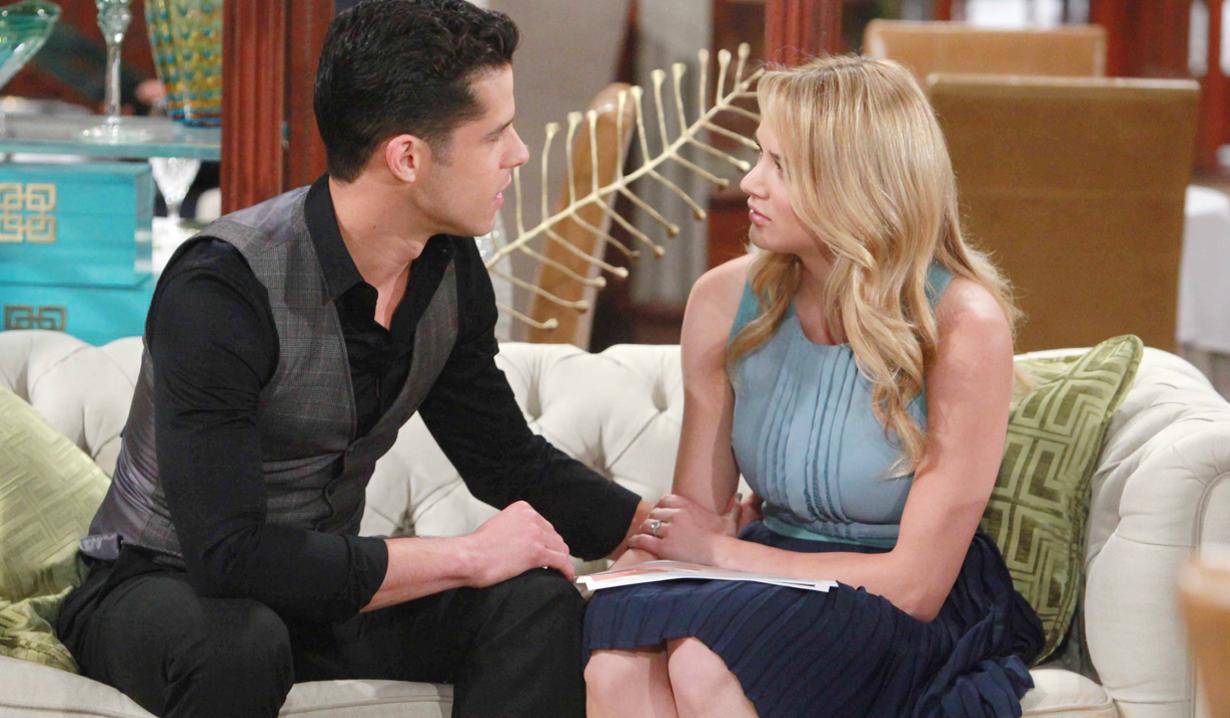 In a cabin in an undisclosed location, Adam realizes Victor’s with him – he wants to go back to prison. Victor informs him this place is safe and removes the handcuffs. Adam seeks answers. Victor wanted to right a wrong. He admits he went too far and tore apart his life. “I don’t feel good about it.” They establish that Adam turning Victor in wouldn’t make his prison sentence disappear. Victor says Adam’s free to start a new life without the Newman name. Victor will arrange for Chelsea and Connor to go with him. Victor gives him a phone – when it rings, Adam should answer it and make the most important pitch of his life. Adam is lost for words. Victor intones that they’ve hurt each other a lot, but he’s hurt him more. “This is for family.” Adam clasps Victor’s hand on his shoulder.

At the penthouse, Dylan explains to Chelsea that Adam and the guards completely disappeared. Chelsea sneers as Dylan wonders if she pulled one last great con to save the man she loves. Chelsea sets him straight and Chloe chews at him for bullying. Dylan learns the guards were found drugged and there was no sign of Adam or the van. Kevin muses about the perfectly orchestrated plan. He and Dylan both say, “Victor.” Dylan leaves the others to wonder what Victor’s planning next.

At the Top of the Tower, Luca’s speech is interrupted by the appearance of Travis. Noah perks up as Travis announces that Luca was the one behind the oil-related sabotage at Newman. Summer isn’t happy when Travis calls Luca a backstabbing cockroach. Victoria and Nick implore her to listen. Travis divulges that Luca called him three days ago. Luca lies that he told Travis to turn himself in. Amused, Travis says Luca engineered the sabotage – he’s just the guy he tried to pin it on. Summer rants that Travis is a liar – they’re all liars. Noah pipes up that Luca’s a dirtbag. Summer realizes that even Daniel doubts Luca, and storms off with her fiancé. Dylan arrives. He blows off Nick’s concerns about Luca and announces that Adam escaped. Everyone realizes Victor and Nikki are gone. Dylan heads to the ranch. Phyllis gripes about Luca not being arrested. Jack coaxes that there’s nothing else she can do. They bicker. Daniel warns Phyllis going after Summer could blow up in her face. Nearby, Victoria asks Travis if they can get out of there. He thought she’d never ask. Mariah arrives, and a tipsy Noah updates her as Sharon drags him out. After, Daniel comes face-to-face with Mariah following a chat with Phyllis. He’s stunned because she looks identical to Cassie.

At their apartment, Luca is appalled that Summer’s family would go to such lengths to hurt her. He wants to pack quickly and get married in another country. Summer wonders why he’s so hot to leave – doesn’t he want to clear his name? She wants the truth and points out he lied about not finding Travis. Luca admits he sabotaged the oil rigs, but now all he wants is a life with her. Summer informs him he must turn himself in, or she will. Luca decides he’ll ditch town. They’re fighting over the phone when Jack bursts in.

Nikki is stunned when Dylan and Nick bust into the ranch hollering about Victor helping Adam escape. She pronounces it ridiculous. As Nick is about to see if Victor’s truly upstairs ill, the man himself appears. Nikki exits. Victor feigns concern about Adam’s escape and wants Dylan to find his son. Dylan thinks he’s there. Victor orders them out, but Dylan places him under house arrest while they search.

Nikki surprises Chelsea, Kevin, and Chloe by showing up to visit Connor. Nikki eyeballs the cops at the door, and then whispers to Chelsea to use the cellphone she gave Connor to call the programmed number when she’s alone. Chelsea takes Connor, and the phone, up to bed. Chloe and Kevin size Nikki up.

Where Are They Now? Daytime alum Thomas Gibson dismissed from Criminal Minds

At Victoria’s house, she and Travis rehash Summer being blind about Luca. Travis muses that love makes people do crazy things. He never should have let her walk off his boat. “I want more than a fantasy. I want you.” They kiss.

At the cabin, Adam’s cellphone rings. He video chats with a relieved and thrilled Chelsea, and tells her they’re going to be together.

Adam tells Chelsea they’ve no choice but to trust Victor.

Billy walks in on Victoria and Travis half-dressed.

Luca threatens Summer if Jack doesn’t put down the phone.

Daniel stuns Summer, Luca gets a...