Daniel stuns Summer, Luca gets a shock, and Victor makes a huge move 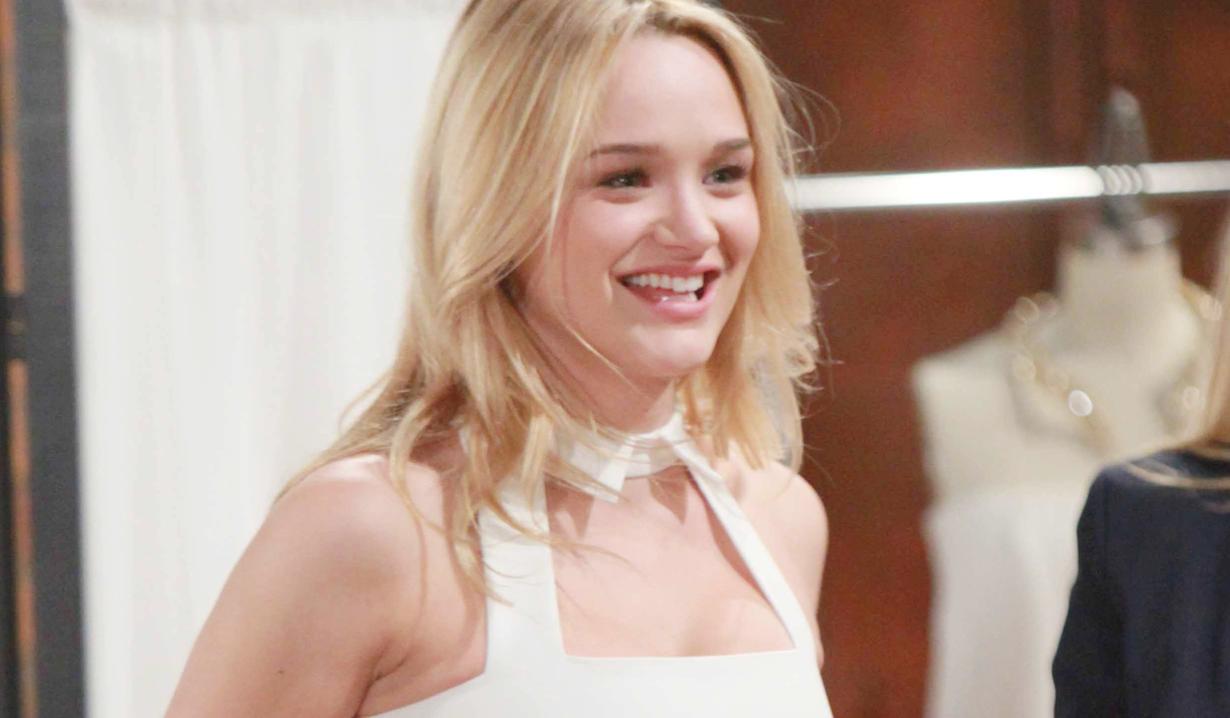 Sharon arrives in Phyllis’ office at Jabot with ‘mother of the bride’ dress selections. Phyllis is agitated but agrees to look. She’s holding one up when Noah enters and declares the wedding’s over – Summer’s not marrying that jerk. He calls Luca a pig, and Phyllis agrees, but she’s tried to show Summer who he is and nothing’s worked. Noah questions her giving up and Sharon tells him to calm down. He won’t, and exits. The women think Noah’s like Nick.

At the penthouse, Nick chats with Chloe while waiting to drive Chelsea and Connor to the courthouse for Adam’s sentencing. Chelsea hears him tell her Adam made him promise to look out for Connor. She worries Adam’s already left them behind and rants about him pushing them away. Chelsea thinks she’s lost him and he’s no longer Adam. Later, Chloe tells Bella they have to get out of there. She texts someone to meet them at the park.

At the Top of the Tower, Luca and Summer prepare for their engagement party. Daniel appears. Summer is thrilled to see her half-brother and introduces him to Luca. She teases him about his mustache and Daniel warns she sounds like Phyllis. Daniel assures Luca he knows their mother can be wrong about people. Noah appears and starts causing trouble. Summer informs him he can’t tell her how to feel. Luca tries to intervene, but Noah wants him to leave. Daniel pulls Noah aside and warns he sounds nuts. Phyllis, Victoria and Sharon enter as Daniel advises Noah to walk away if he can’t support Summer. Phyllis fawns over Daniel, pleased that he’s ‘home’, but wants the mustache gone. Nearby, Noah downs champagne. Meanwhile, Summer and Luca visit with her family members. Phyllis says Nick will come after court.

Where are they now? OLTL’s Tika Sumpter’s baby news

At the station, Kevin gives Dylan a lead on tracking down Bethany. Dylan plans to head to Summer’s engagement party because Victor will be there.

Adam is led through Walworth in handcuffs and leg chains.

Outside the courtroom, Nikki wonders if Victor has a plan. Jack arrives. He angrily tells Victor it should never have come to this. Victor says for once he’s right. Nick arrives with Chelsea and Connor and they go into the courtroom. When Adam is brought in, he locks eyes with Victor. Court gets underway, and Chelsea makes a passionate speech about how he never should have been in prison, and asks the judge to show mercy. Adam, who has no lawyer, is told to stand, and is sentenced to 10 years in prison. Adam turns to look at a stricken Chelsea and Connor. Outside the courtroom, Chelsea embraces Adam a last time as everyone watches. After, he’s taken away in a van by the guards. The van stops. Adam is chloroformed and a black cloak is placed over his head.

At the park, Kevin plays with Bella while Chloe waits for word from the hearing. Chloe admits she’ll be glad if Adam doesn’t come home. She wants Bella to have a life in Genoa City and to know the people Chloe cares about, including Kevin.

Nick reassures Chelsea at the penthouse. He plans to be there for them and teach Connor about his grandfather. Later, Chloe arrives and comforts Chelsea.

Victoria welcomes Nikki and Victor to Summer’s party. She’s dismayed to hear of Adam’s sentence. The pair moves on to greet Summer and Luca. Victor reminds Luca he always looks after his own. Nearby, Daniel talks to Phyllis about Lucy and Heather and asks about her issues with Jack. She assures them they’re fine as Jack appears. He blames Victor for Adam’s plight. Elsewhere, Dylan puts Victor on notice – he intends to prove he set Adam up. Sharon takes Dylan aside and warns him not to corner Victor. Nick arrives but declines to shake Luca’s hand. Victoria joins Nick at the bar to show sympathy. Talk turns to Travis. She realized she really missed him and wishes he’d come back with her. Later, Luca calls for everyone’s attention and reassures everyone of his good intentions. At that moment, Travis strolls in.

At the station, Kevin tells Dylan there was a problem with Adam’s transport.

Dylan, Kevin and a group of officers enter the penthouse and tell Chloe and Chelsea that Adam never showed up at the prison…he escaped.

In an undisclosed location, someone pulls the cloak off Adam’s head – it’s Victor.

Victoria and Nick implore Summer to listen to Travis, get all the facts, and then make up her mind.

Dylan accuses Chelsea of pulling one last great con to save the man she loves.

Victor dangles a key in front of Adam.

Colin is suspicious of Jill’s...

Adam is rocked by Victor’s...

Björn Andrésen on His Tortured Relationship With Luchino Visconti’s ‘Death in Venice’: ‘That Son of a Bitch Sexualized Me’